He was always moving his body.

“Obviously we didn’t have smartphones when I was growing up, so outside was our playground,” he said. “I loved running around and chasing the ball with my friends. I simply loved to move. I wanted to be moving all of the time.”

His love for physical activity eventually led him to his groundbreaking research on muscular architecture and neuromuscular changes in college athletes.

Akehi, an assistant professor of kinesiology and sport sciences at the University of Nebraska at Kearney, is currently examining the influence of season-long competitive sport participation on muscular architecture characteristics such as subcutaneous tissue thickness, muscle thickness, pennation angle and echo intensity of muscles.

His research, which he conducts using ultrasounds imaging, aims to assess when an injury will occur during the sports season, how muscles heal using specific therapeutic treatments and whether the muscle can regain its previous thickness and strength.

Akehi came to UNK as a student through an international study abroad agency in 2003. When he arrived, he didn’t speak English. He attended the English Language Institute at UNK before enrolling in general courses.

It was his father, a pharmacist, who encouraged him to study overseas. Akehi developed an interest in medicine as he observed his dad working in the medical field. 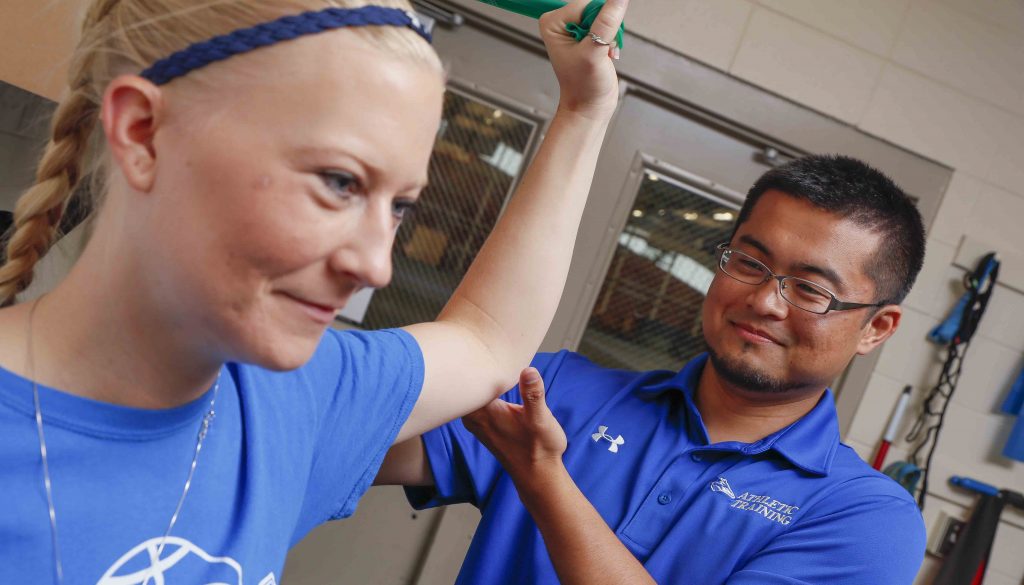 With his love for physical activity and sports combined with his interest in medicine, athletic training was a perfect fit for Akehi.

He earned his bachelor’s degree in athletic training in 2007.

“I had a chance to work with a variety of athletes in a variety of situations. That gave me a lot of good experience,” he said. “I learned how to approach different types of athletes, from high school students to college athletes to professional athletes at the international level.”

In addition to working with athletes of varying ages with different needs, many of whom had experienced trauma, Akehi learned about sports medicine all over the world.

He traveled to Russia, Brazil, Canada and Europe with the U.S. Paralympic Team. 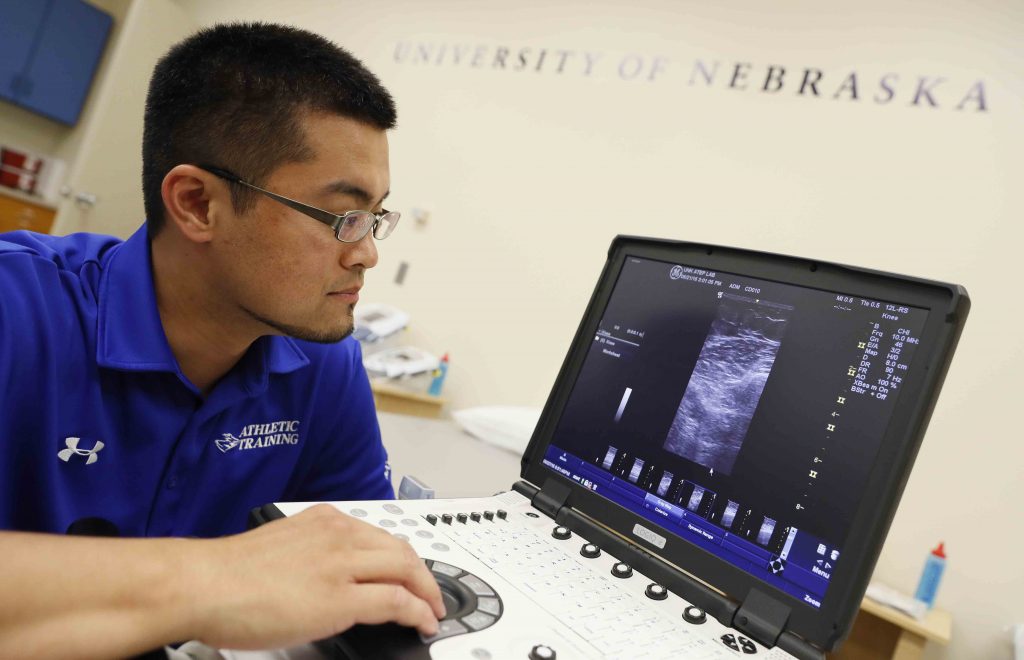 At Oklahoma State University, Akehi’s research focused on therapeutic modalities such as Icy Hot, ice packs, heat packs or others. He examined how muscle tightness changed after applying a therapy.

While at Oklahoma State, he also began using diagnostic ultrasound to look at muscle architecture. An ultrasound uses sound waves to create imaging of the internal body structures such as muscles, joints, tendons and internal organs. Akehi used ultrasound on injured athletes to view muscle fibers.

In August 2014, Akehi brought his expertise in using diagnostic ultrasounds to UNK.

“I really wanted to bring what I had learned back to UNK. I had a great experience as a student here,” he said. “I was in Oklahoma for six years, and I experienced so much. I was confident that I could expand UNK’s athletic training program.” 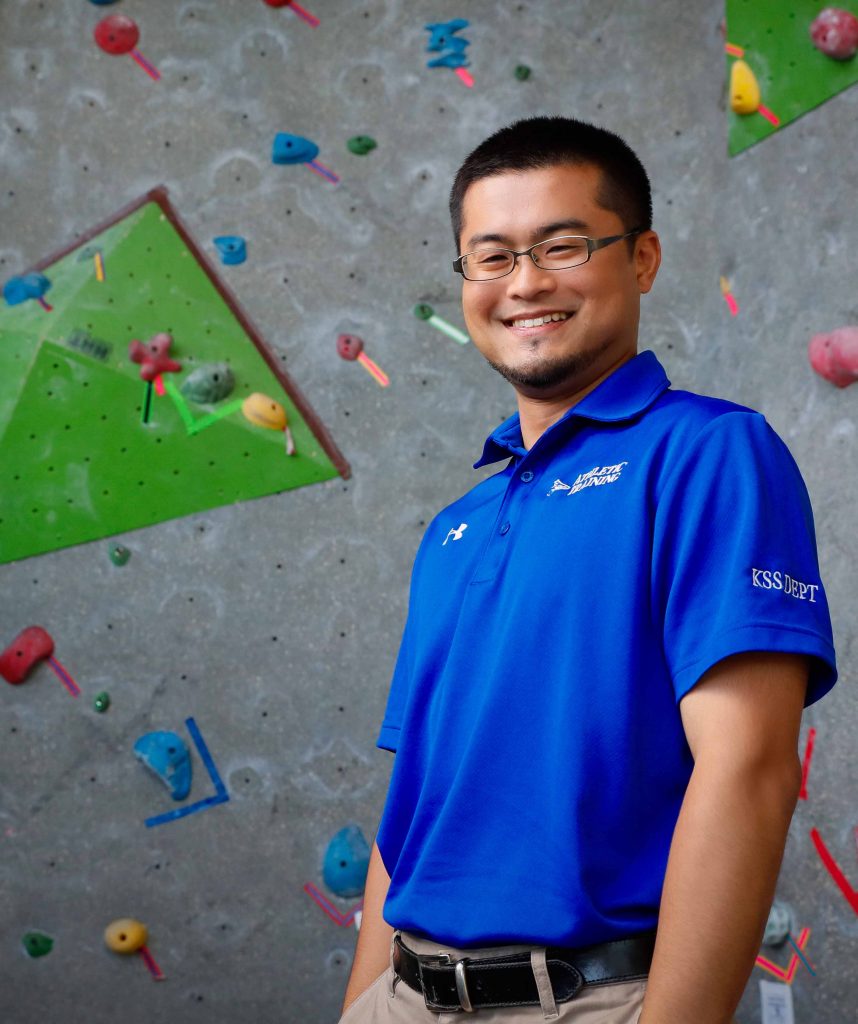 Akehi’s research at UNK became focused on finding out how muscle architecture and neuromuscular property changes with physical activity.

Muscular morphological adaptation is commonly measured using a tape measure, which doesn’t isolate each muscle and its changes.

“There’s not a lot of people doing this type of research,” he said. “Professional journals often focus on concussions, shoulder problems, knee problems and major injuries. What I’m doing is taking an in-depth look at muscles and nerves.”

He found that quadriceps and hamstring muscle thickness increased for most during the soccer season and muscle contractile tissue increased in three quadriceps muscles.

In addition to learning how muscles change as a result of training for a sport, Akehi wanted to learn the risk factors for injury during a collegiate sports season. Some athletes failed to adapt their muscle architecture, which means their risk for injury increases.

An ACL injury is the over-stretching or tearing of the anterior cruciate ligament in the knee.

Two of the athletes suffered ACL sprains and were continuing post-knee surgery rehabilitation during the study.

“When athletes get injured and have surgery, I can see how the surgery impacts their muscle architecture and how they regain muscle strength,” he said.

Following 12 weeks of post-knee surgery rehabilitation, their muscle tissue measured at the pre-injury stage. This means the rehabilitation and training allowed the athletes to maintain or improve their athletic performance after their injuries. If their muscle architecture hadn’t improved, the physical therapy and training wasn’t effective.

“It’s really unique research. This research provides us with good information that enables us to enhance some of the training or rehabilitation protocols,” he said.

Akehi’s findings mean that coaches and trainers of college athletes must consider how season-long college sport participation influences muscle changes and how that relates to performance and injury. 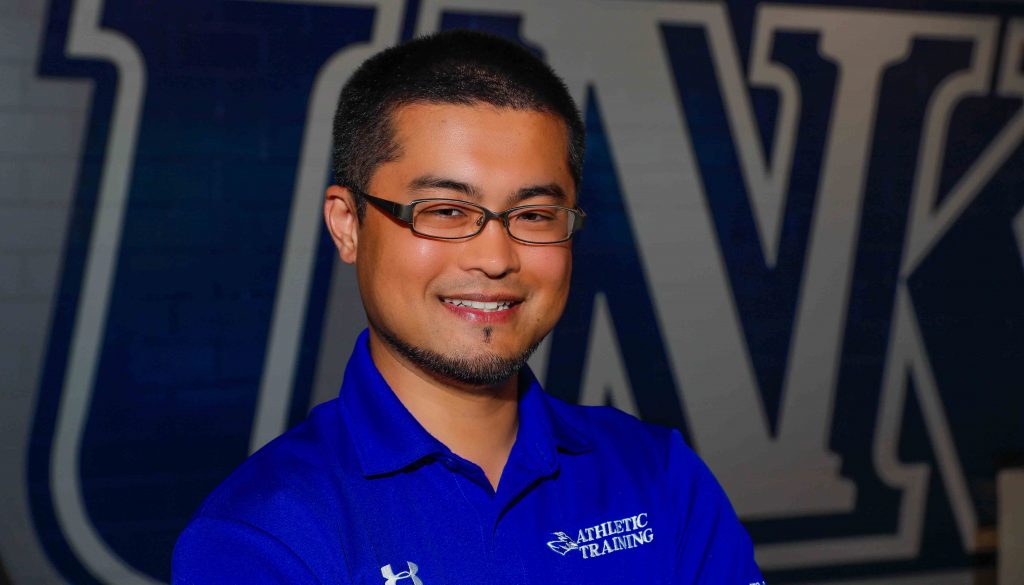 His final finding was that tape measures did not identify the muscular morphological and architectural characteristics.

Akehi will continue his research and study both female and male collegiate athletes at UNK.

In a partnership with UNK’s sports medicine program and New West Orthopaedic and Sports Rehabilitation in Kearney, Akehi is studying how specific surgical procedures influence quality of life years after the surgery.

“I wanted to share my experiences with students. I want students to know that there’s no impossible thing. If you have passion and work hard, you can accomplish your goals,” he said.

Akehi continues to be physically active, and he has a passion for rock climbing.

“It’s meditative and relaxing,” he said. “It gives me ideas about the human body and movement.” 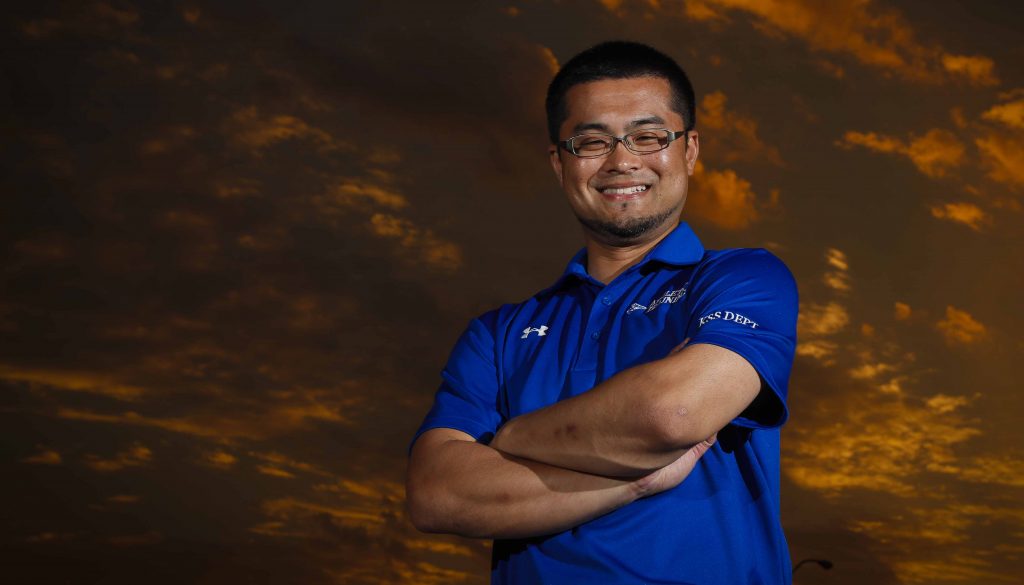 Areas of research/specialization: Athletic injury prevention, Therapeutic intervention before and after musculoskeletal injuries