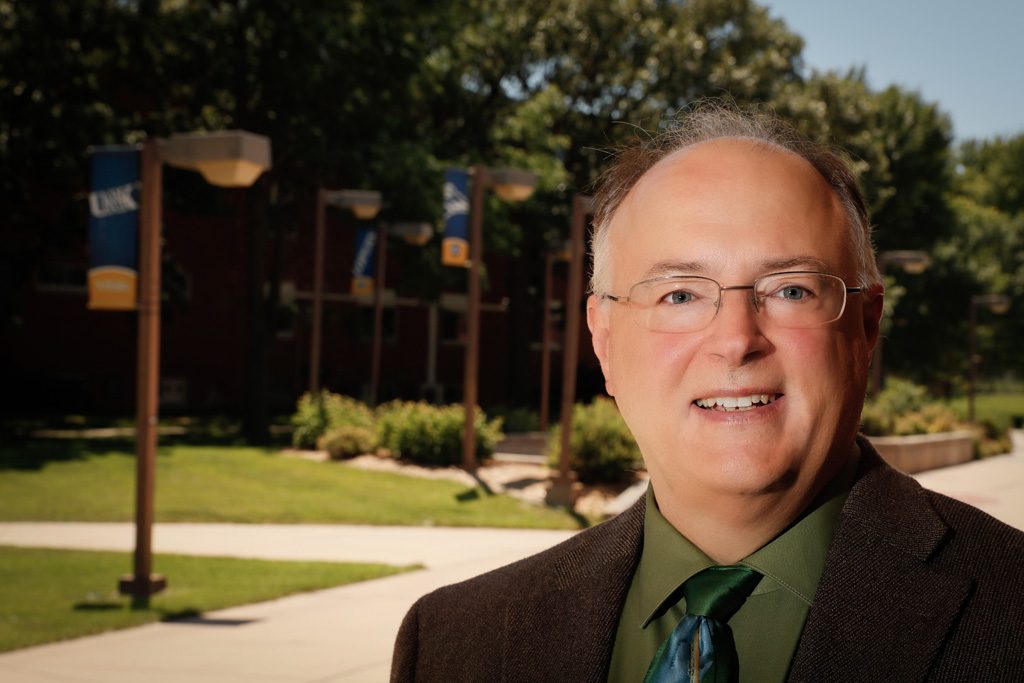 David Palmer’s collection of comic books has grown to 20,000 in the 50 years that he’s been reading and collecting.

Palmer’s love for comic books began as a child. He remembers being captivated by Captain America, Thor, Iron Man and the Wasp as he read the Avengers in the early 1960s.

“Comic books are fun and full of fantasy,” he said. “Until just recently, comic books were the only place a man could fly. Now with special effects, you can do anything. Comic books had a corner of that market.”

His love for reading comic books eventually grew into a passion for researching the comic book industry from a business and management perspective. But Palmer, a management professor at the University of Nebraska at Kearney, never could have imagined that his background in business would collide with his appreciation for comic books. 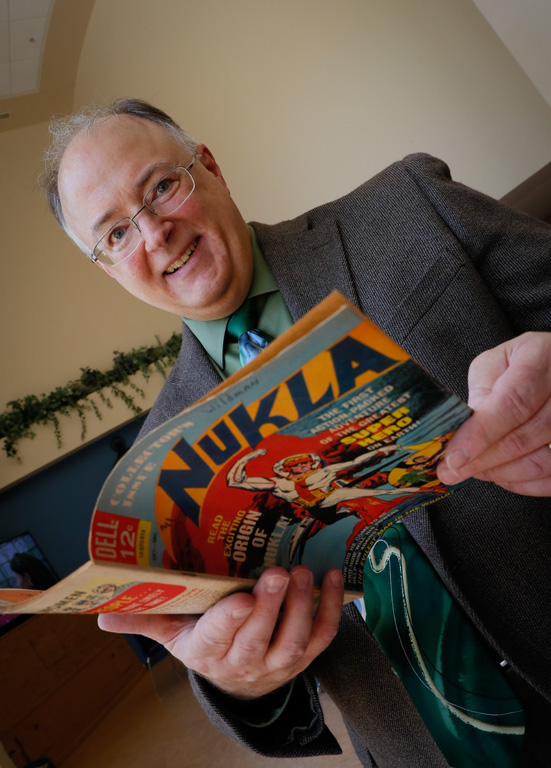 Unsure of what he wanted to study, Palmer dropped out of college and spent a few years working in food service. He eventually landed a job at Big Boy, now an 80-year-old fast food franchise.

He earned an Associate of Science in Business Administration from Monroe Community College in Rochester, N.Y., and a Bachelor of Science in Management Science from State University of New York University Center at Binghamton.

Palmer continued to work in food service until he landed a job in customhouse brokerage, clearing goods through customs for international importers and exporters.

He later earned his Master of Business Administration from Bowling Green State University in Ohio, then moved to St. Louis, where he managed dietary departments for hospitals and retirement centers for Marriott.

He began teaching community college after he moved to Iowa. Palmer realized that teaching allowed him to do what he loved most about business management – train people.

“So much of what we teach in business and management students already have experience in,” he said. “By the time we get to college, we’ve had jobs and we’ve dealt with management and bureaucracy. But in college courses, you begin to make some sense of it.”

Palmer earned his Ph.D. in organizational behavior and human resource management from Purdue University in Indiana. In 1997, he began teaching at UNK. 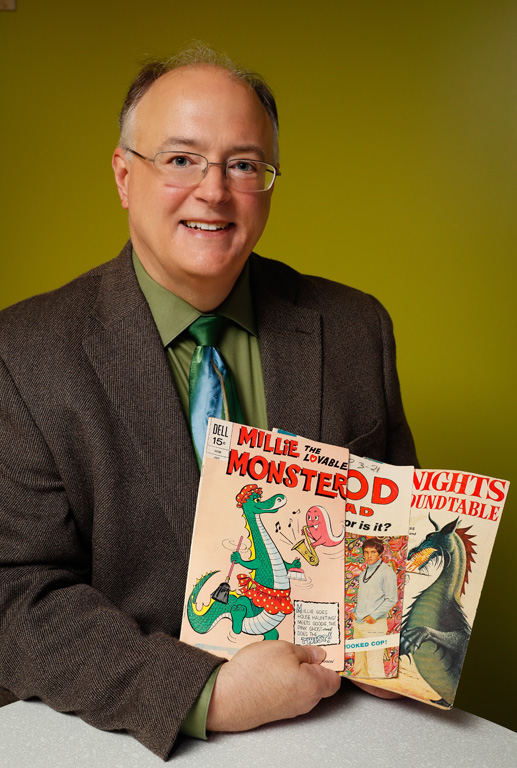 He’s also published research on the organizational and psychological perceptions and uses of time and traditional aspects of business management such as organizational behavior, leadership, staffing and motivation.

He recently published an article in “Industrial and Organizational Psychology: Perspectives on Science and Practice” about employee resilience and taking time seriously.

But Palmer eventually found himself examining the comic book industry from a business perspective. His primary focus is on comic books of the 1950s, 1960s and 1970s, and how the industry changed during those decades.

During the 1940s, newsstands and locally-owned mom and pop shops sold comic books, which were mass-marketed.

“Comic books were selling by the millions, maybe upwards of billions,” Palmer said. “It was a huge industry, and it just grew through the 1940s.”

During the 1940s and 1950s, a top-selling comic book would sell over a million copies.

The decline of comic books began in the 1950s when the television became a fixture in Americans’ living rooms. It was also at this time that a nationwide anti-comics movement arose. Parents’ concerns about the graphic depiction of violence and sex in comic books eventually led to censorship.

It was at this time that the comic book store emerged.

“The distribution theory is very different. The comic book stores buy the comic books through the distributors and they own them,” Palmer said. “Whereas in the past, comic book publishers distributed to newsstands and what wasn’t sold was returned to the publisher.”

“The stigma that comic books are for children has changed. There are a lot of comic books out there produced for adults and older readers,” Palmer said. 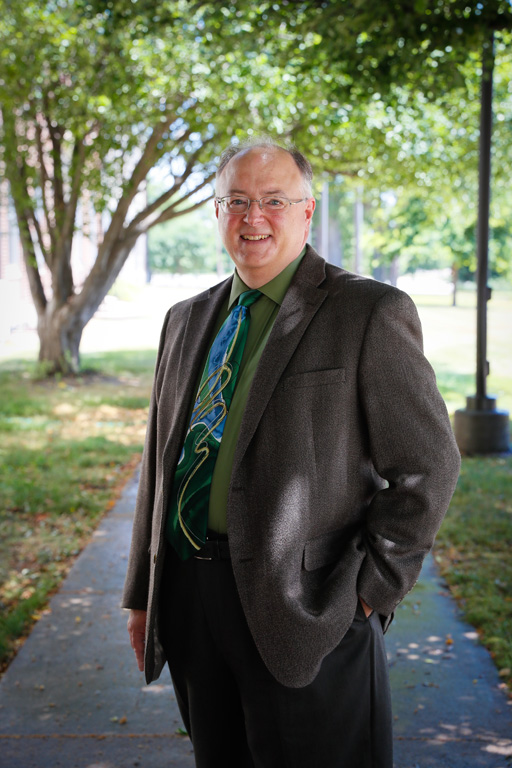 Palmer’s interest in researching comic books began in the late 1990s when he became a regular commentator in the Comic Buyer’s Guide, a monthly magazine that reports on the comic book industry. He wrote about comic books from smaller publications.

“That intrigued me from the business point of view,” he said. “People were essentially publishing comic books out of their garage and either going on to become big companies or just publishing one comic book.”

He briefly considered pursuing a career in comic book reporting before deciding to become a teacher.

“I thought I could pursue comic books as a career path, but I was also teaching at the community college at the time. That seemed to make more sense,” Palmer said. “Now, in one of those instances of serendipity, those two have combined.”

Palmer even created a capstone course at UNK based on his research – Super Heroes: The American Comic Book Industry.

“Trying to understand the comic book industry is interesting in and of itself,” he said. “But there are some instances that are applicable to other industries: video games and binge-watching television shows.

“Entertainment and popular culture are certainly not going to disappear, so understanding that there are also business, economic and market forces underneath that is important.”

Superheroes are a great example, he said.

While the comic book industry has declined in popularity, superhero movies have earned billions of dollars in global revenue.

“The impact of comic books is well beyond its industry,” he said.

Palmer is also fascinated with the innovation of creating a shared universe between characters from different comic books, and how that was used to increase comic book sales.

“It was an innovation to crossover characters. Batman and Superman teamed up in the 1950s. You can become invested in 10-15 comic books each month. From a business standpoint, you’re selling 10 books instead of one. There aren’t too many parallels like that today.”

In the classroom, Palmer aims to share insights and lessons from the comic book industry and show how they apply to other industries.

“I get the sense that students enjoy the class. Some of the students know a lot about comics, and others have never read a comic. But all of them learn something and have a good time with it.

“Some of the concerns people had with comic books are the same with video games today. Twenty or 30 years from now there will be a new form of entertainment that raises concerns.”

Palmer has begun attending conferences about pulp magazines, fiction magazines published in the late 1800s through the 1950s. Pulp magazines were the precursors to comic books. 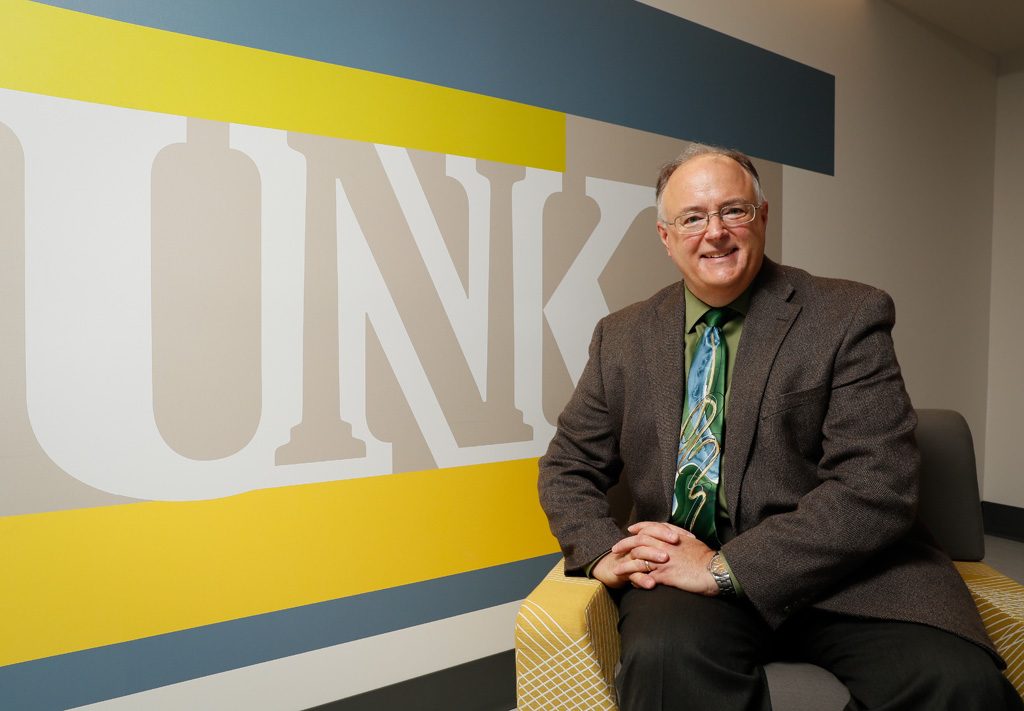 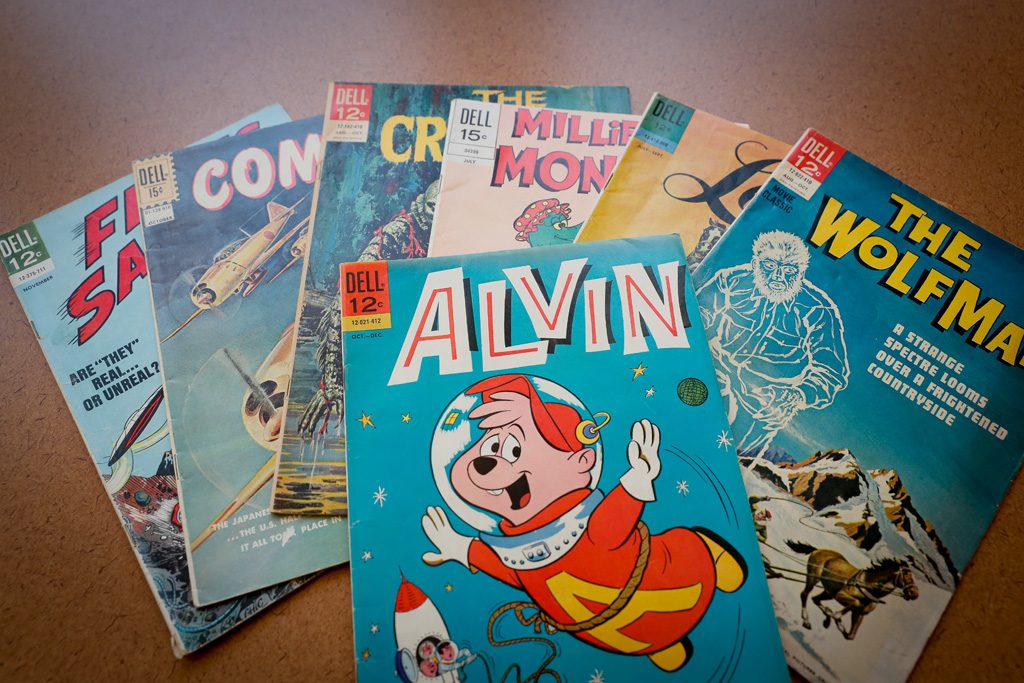 “Taking Time Seriously as a Component of Employee Resilience,” Industrial and Organizational Psychology: Perspectives on Science and Practice, 2016.

“Integrating Trustworthiness for a More Nuanced Understanding Of Nepotism and Cronyism,” Industrial and Organizational Psychology: Perspectives on Science and Practice, 2015.

“How Do Mentors and Proteges Choose Each Other? The Influence Of Benevolence, OCB And POS On Initiation Of Mentoring Relationships,” Journal of Business & Leadership: Research, Practice and Teaching, 2012.

“The Importance of Superheroes to the American Comic Book Industry,” Journal of Business & Leadership: Research, Practice and Teaching, 2010.