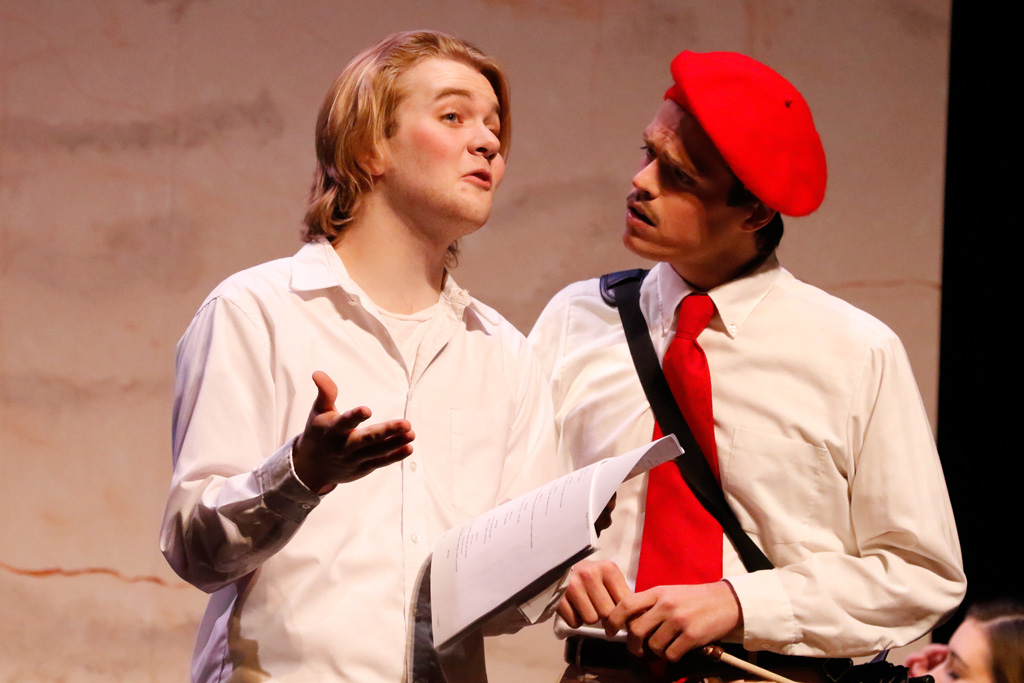 KEARNEY – The University Theatre at Kearney presents “The Movie Game” Wednesday through Sunday (Nov. 30 – Dec. 4) at the University of Nebraska at Kearney.

“The Movie Game” tells the story of unemployed Jack Goldberg, who is in the midst of a pre-midlife crisis. He becomes disenchanted with his weekly meetings with his friend, Sam (Samantha), at a condemned neighborhood movie theater for Chinese takeout.

To break out of his rut, he begins seeing a “therapist to the stars.” Jack’s therapist, Dr. Seuz, convinces him that he must undergo a type of therapy that forces him to play the leading man in his own romantic comedy.

What begins as an unconventional method of therapy soon escalates to include an over-the-top director and a supporting cast that feature’s Jack’s parents and sister. In the meantime, Jack falls for Maggie, who is engaged. But Sam hopes for a different ending to Jack’s movie.

The play, which received the Mark Twain Comedy Playwriting Award, was written by Adam Hummel. 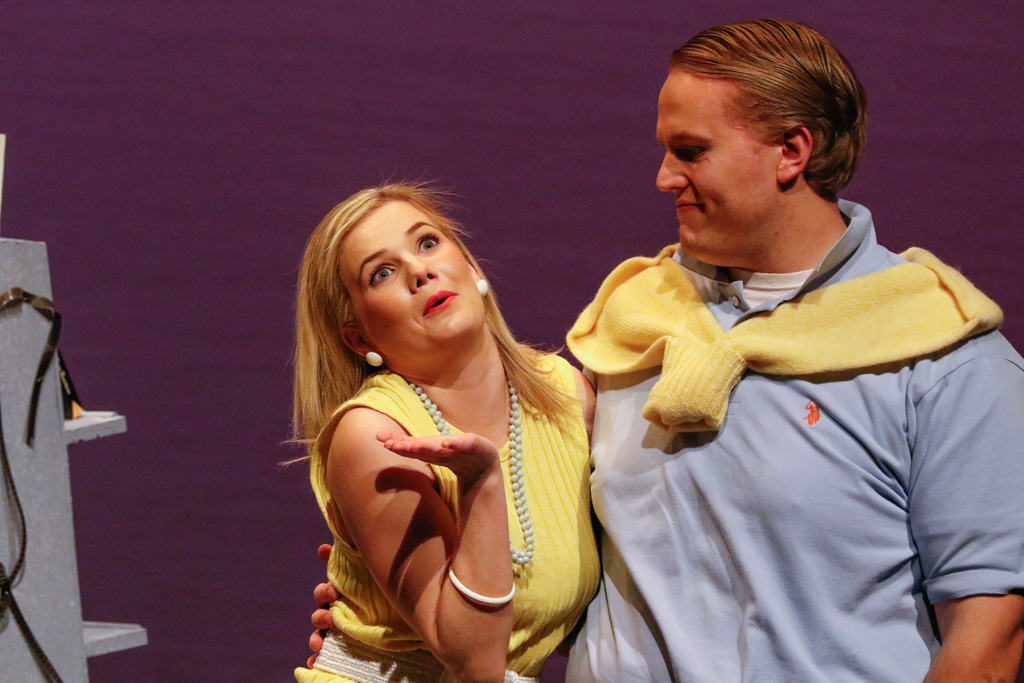