KEARNEY – The University Theatre at Kearney presents “The Threepenny Opera” Wednesday through Sunday at the University of Nebraska at Kearney.
WHAT: University Theatre at Kearney presents “The Threepenny Opera” by Bertolt Brecht and Kurt Weill
WHEN: 7:30 p.m., Wednesday through Saturday (Oct. 19-22) and 2 p.m. Sunday (Oct. 23).
PLACE: Miriam Drake Theatre
ABOUT THE PERFORMANCE: A musical recounting of the daring misdeeds and romantic entanglements of the turn-of-the-century gangster, “Mack the Knife.” (Yes, the song “Mack the Knife” comes from this musical.)
TICKETS: Tickets are $15 for adults; $10 for non-UNK students, seniors and UNK Faculty/Staff; $9 for groups of 10 or more; and $3 for UNK students with a valid ID. For reservations, contact the Theatre Box Office at (308) 865-8417 or boxoffice@unk.edu. 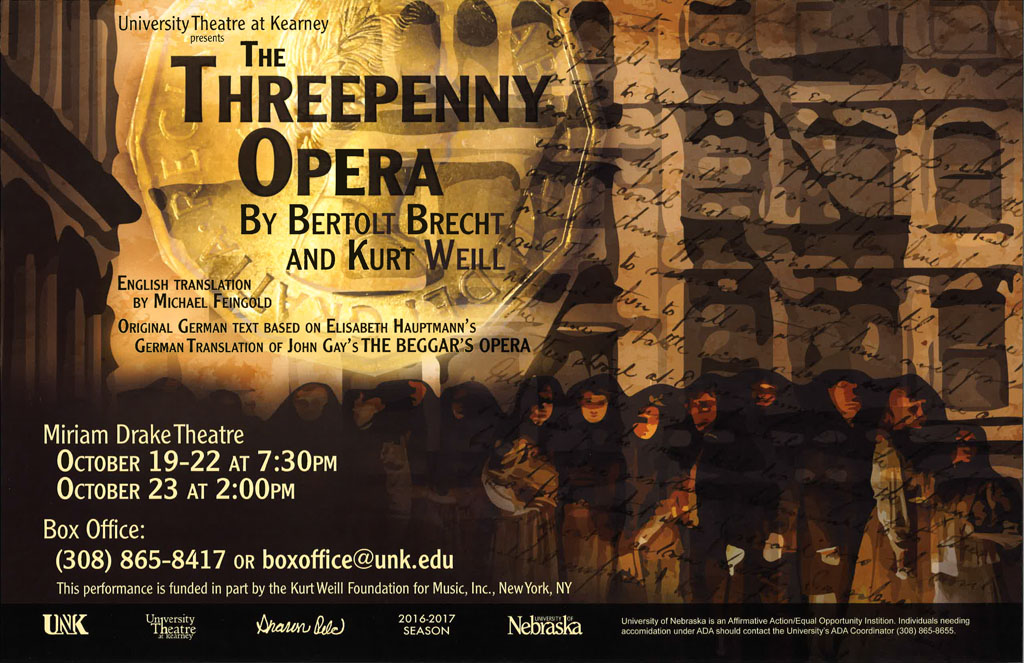 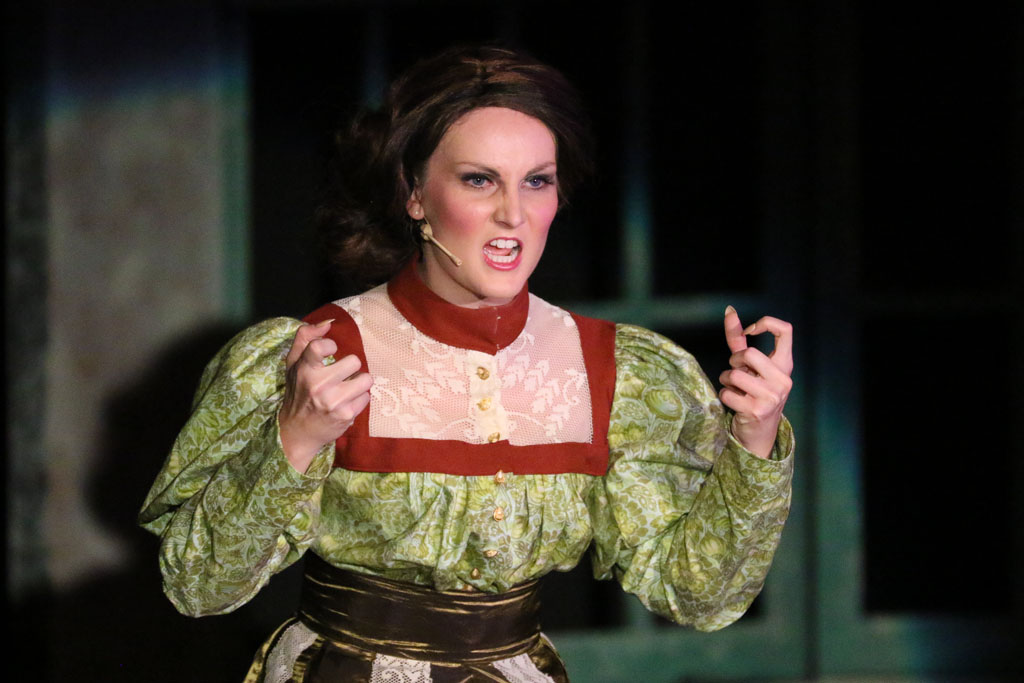 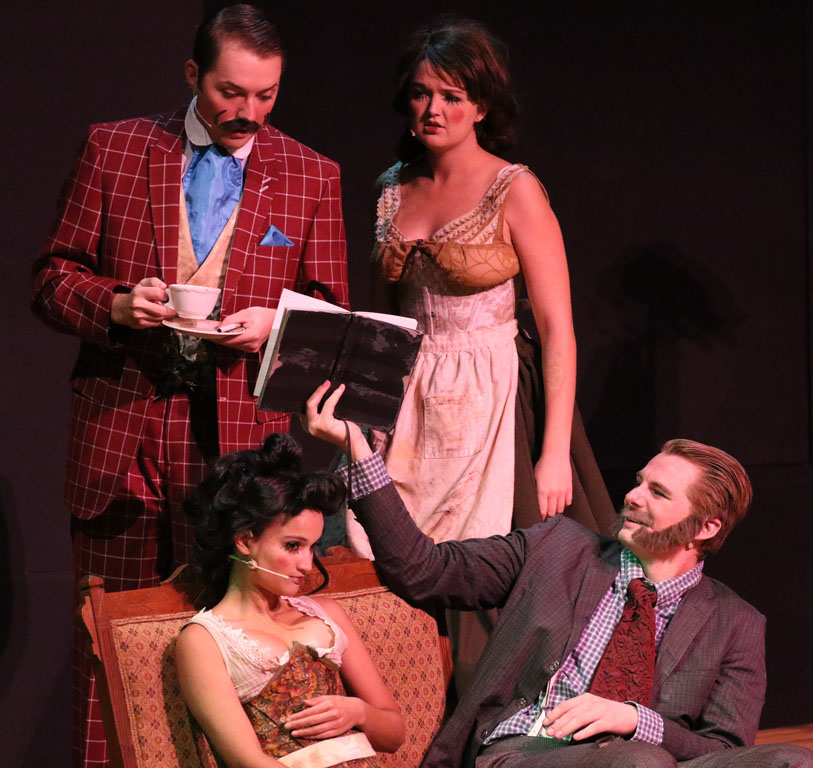 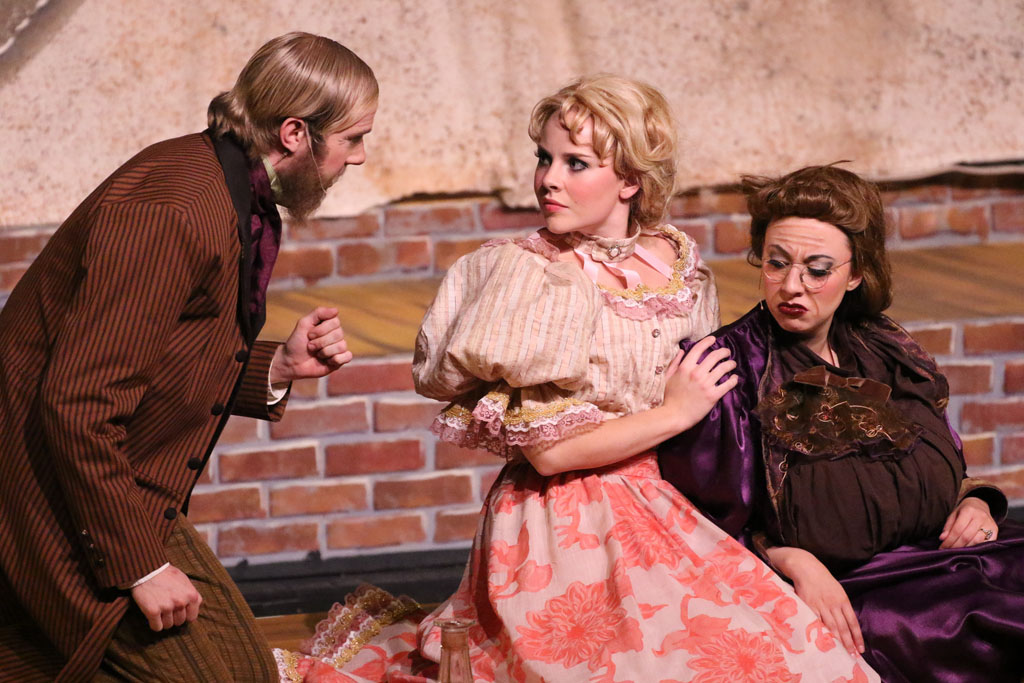 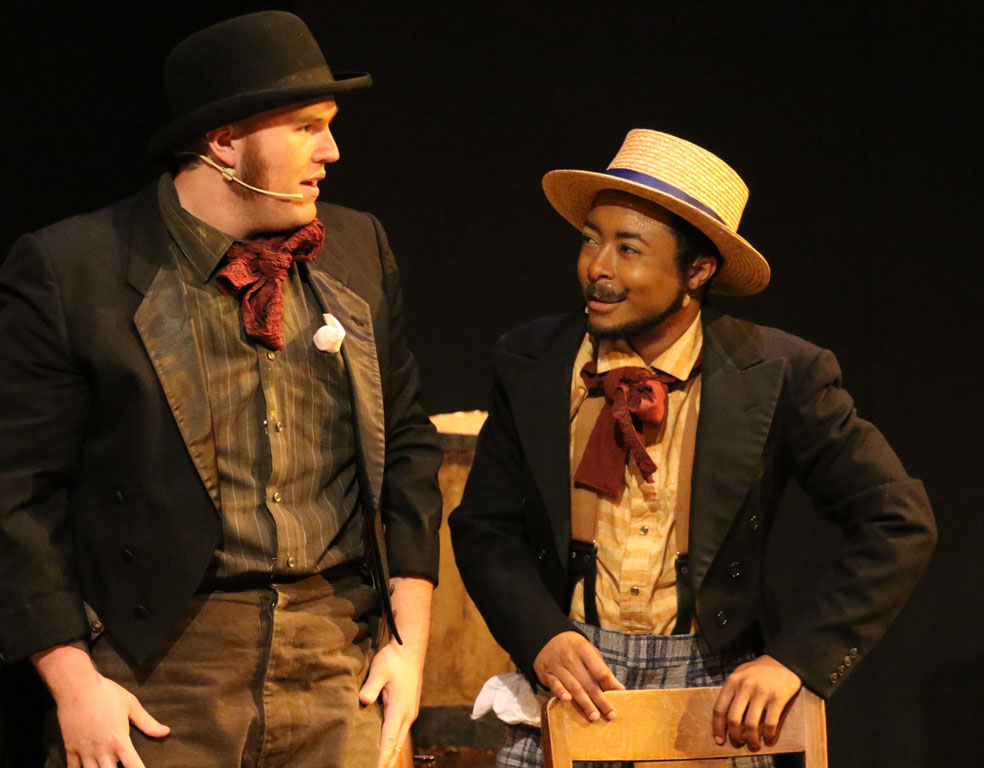 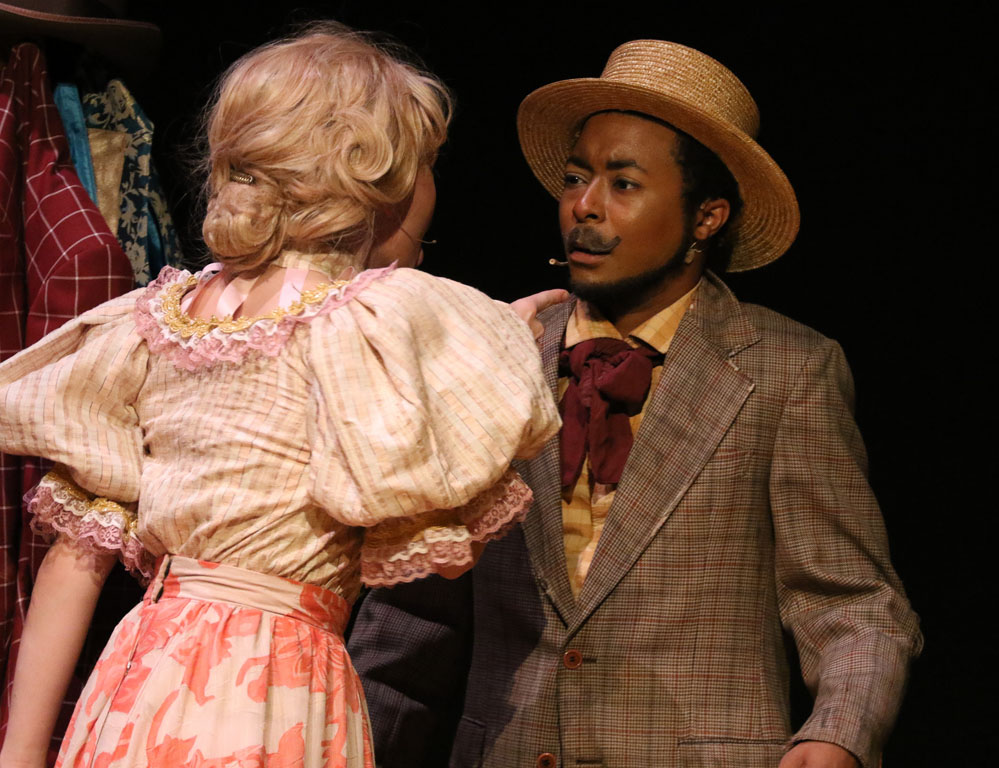 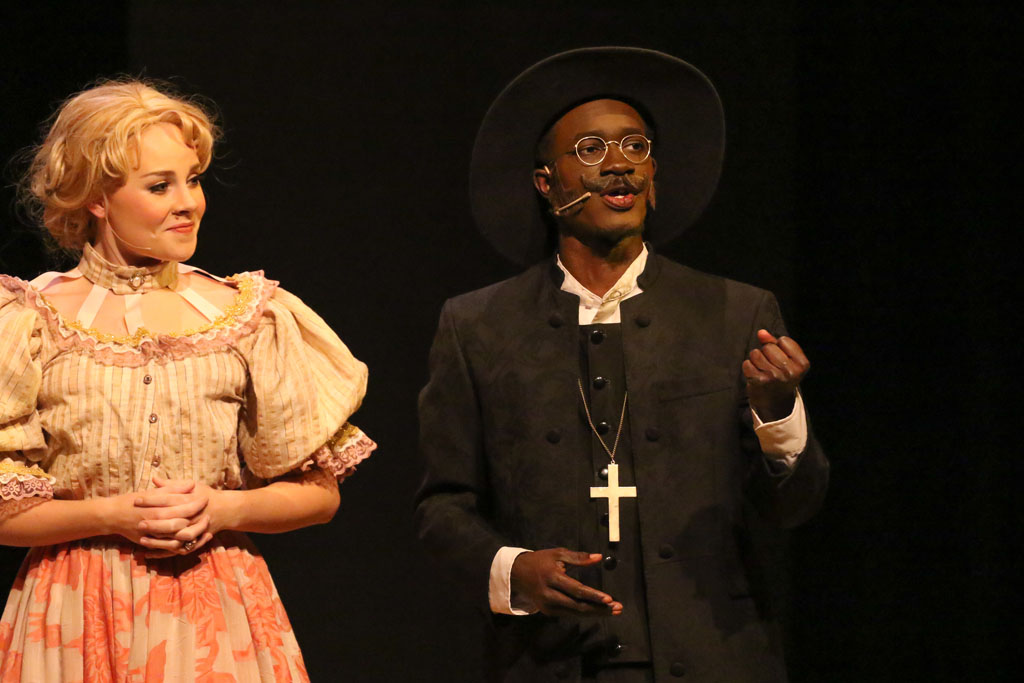 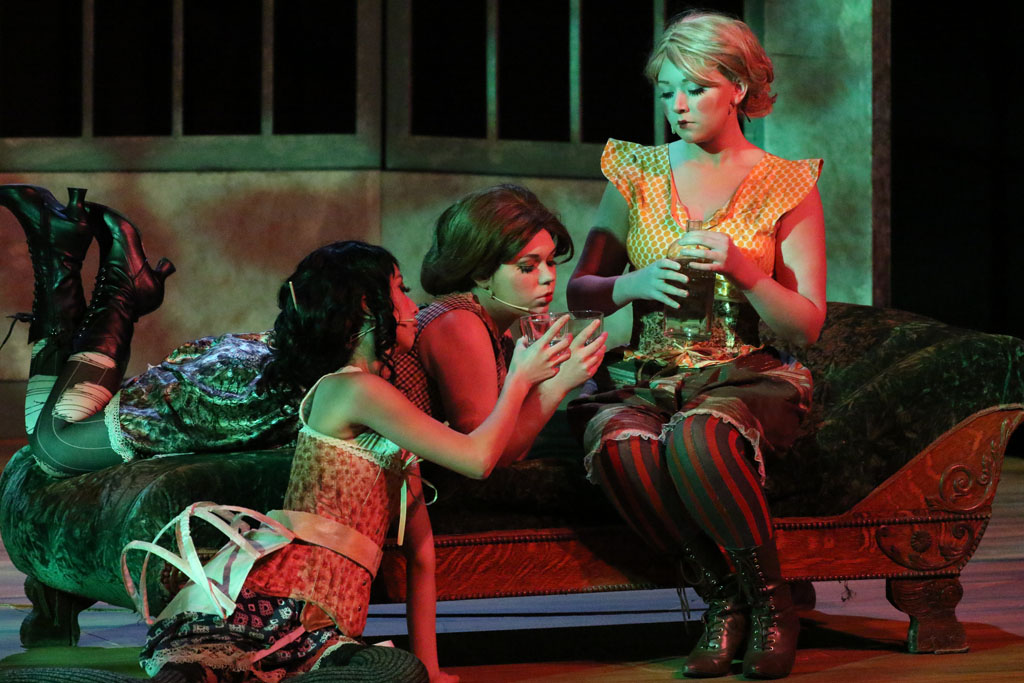