He also wants to teach history to high school students.

It’s why he joined ROTC out of high school on a four-year national scholarship that allows him to pursue both.

This summer, Holscher traveled to Europe on a Holocaust-focused trip, led by the University of Nebraska at Kearney History Department.

“I always thought the Holocaust was interesting, so it was right up my alley,” said the senior history education major from North Platte. “It was one of the coolest trips I’ve been on. I got a lot of neat history background on things I never would have thought of.”

Before touring Germany, Poland and the Czech Republic in May, Holscher took a class about the Holocaust from European history scholar and trip organizer Roy Koepp, UNK assistant professor of history.

And not long after Holscher returned from Europe, he went to the West African coastal nation of Liberia with the ROTC.

“Through ROTC, there are a lot of summer opportunities you can experience that are competitive. You compete based on how well you do in school, how active you are in the community or based on your physical fitness and leadership qualities,” Holscher explained. “They take all of those factors into consideration and base your order of merit on this list.”

Initially, Holscher applied for an ROTC trip in Europe due to his affinity for history. Instead, he was placed in Liberia.

“At first I was like ‘this is going to be crazy, I don’t even know where Liberia is,’” he recalled. “I knew the ebola outbreak happened there, but I didn’t know they had been riddled with civil war for the last 30 years.”

Over the 21 days Holscher spent in Liberia, he and fellow cadets visited the United States Embassy, fixed up orphanages and provided English training to Liberian soldiers, helping them with grammar, reading and writing.

As much as I want to say the Holocaust trip was sobering and enlightening, I think this trumped it tenfold just because it was currently happening in the 21st century,” Holscher said. 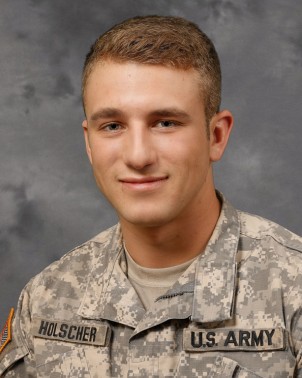 His summer didn’t stop when he returned from Africa. He spent all of July in Fort Knox, Ky., at the ROTC’s Cadet Leadership Course, which required training for cadets to become commissioned officers in the United States Army.

Out of 180 cadets in Holscher’s company, he placed ninth based on a scoring system that evaluated individuals on leadership skills, performance under pressure and other tests like IQ.

He finished in the top 15th percentile, an achievement that four of the last five UNK cadets have placed in at the leadership academy.

“I’ve met people from all over the United States who are going to be the greatest leaders our country has seen,” he said. “Some of them will stay in the Army and be leaders and generals and do great things. Some aren’t going to stay in it for 20 years, they’ll go out and be teachers, scientists and doctors.

“I know so many great people from all over. We’re going to have some great upcoming potential leaders in the United States. It’s kind of cool to know that I’m a part of that group and that I’m friends with them.”

Holscher is currently pursuing a career in the Army’s aviation branch. After college, he’ll attend flight school for two years and become a pilot in the Army National Guard in Nebraska.

Holscher will student teach in the spring and become commissioned as a second lieutenant upon graduation in May.

“I love being in a leadership position where I can help some of the people that I’m with, go in the direction that they need to go,” Holscher said. 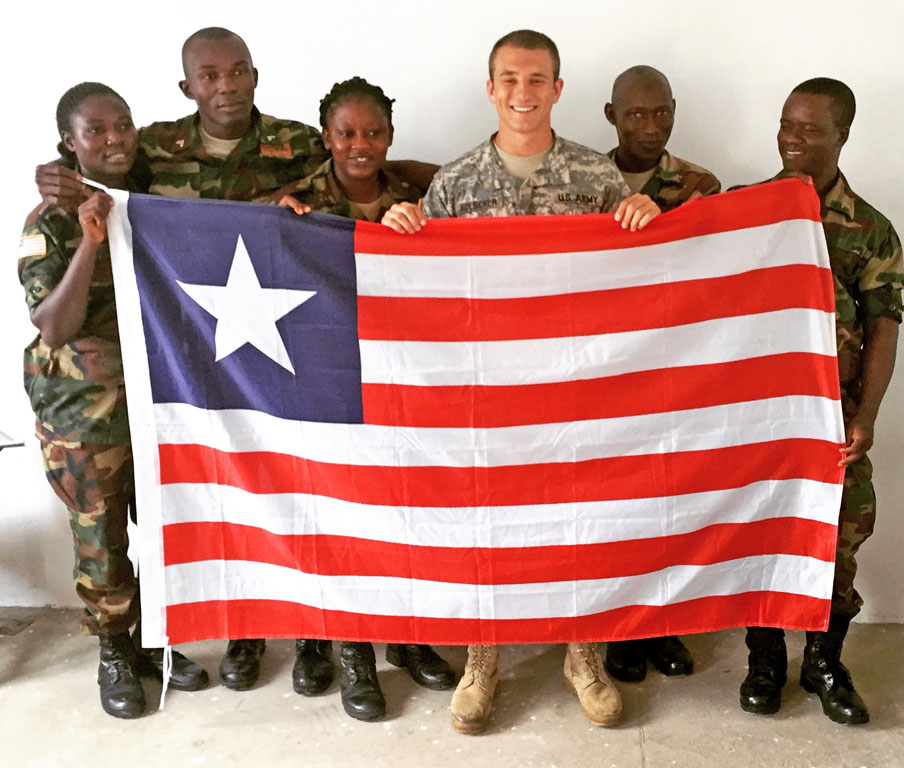