KEARNEY – Students studying in the library at the University of Nebraska at Kearney can get moving while they cram for exams. 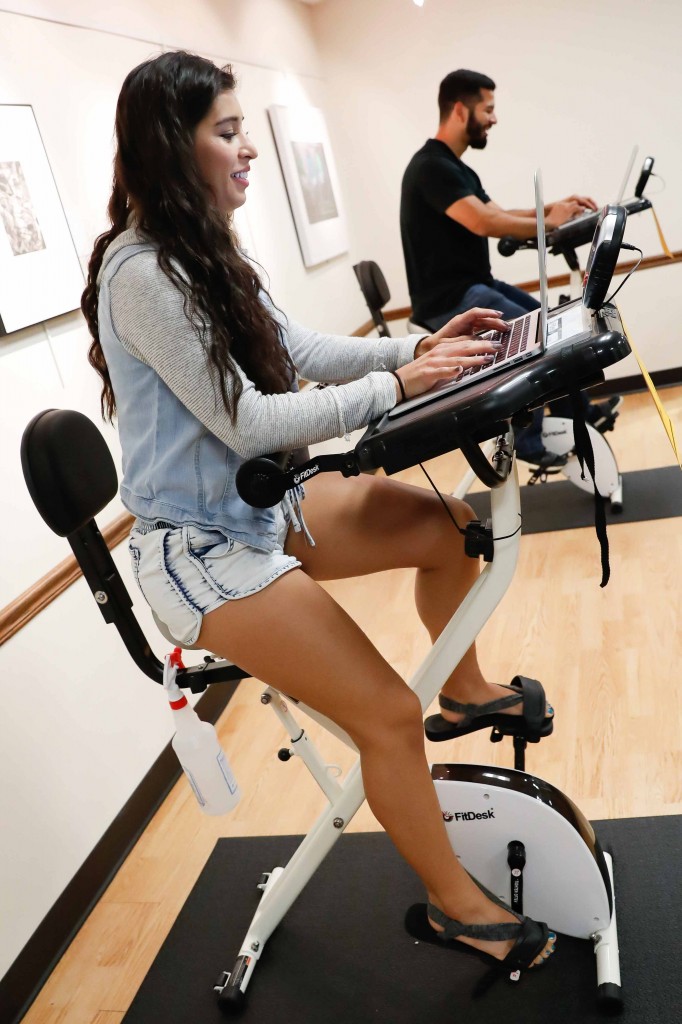 The Calvin T. Library recently installed two FitDesks, stationary bikes that feature a desk that can hold a laptop or books.

“We all know that sitting all day isn’t healthy,” said Janet Wilke, dean of the library. “It makes sense that students who are sitting all day studying also need a break.”

The bikes feature a performance meter that tracks mileage, calories burned and time; a sliding desk that lets hands rest naturally; a storage drawer for holding pens, phones and ear buds; and an adjustable seat.

The FitDesks are located in the library’s coffee lounge on the north side of the circulation desk.

“Our FitDesks aren’t a substitute for a workout, but it’s a way to add some gentle movement into your day,” Wilke said.

A study at Clemson University compared the effects of light physical activity to sedentary behavior on cognitive task performance and meta-cognitive responses using stationary bikes with desktops. The results of the study showed that motivation and morale improved among the 38 undergraduate students in the study.

If students use the stationary bikes with desks consistently, Wilke will consider installing more in the library, she said.