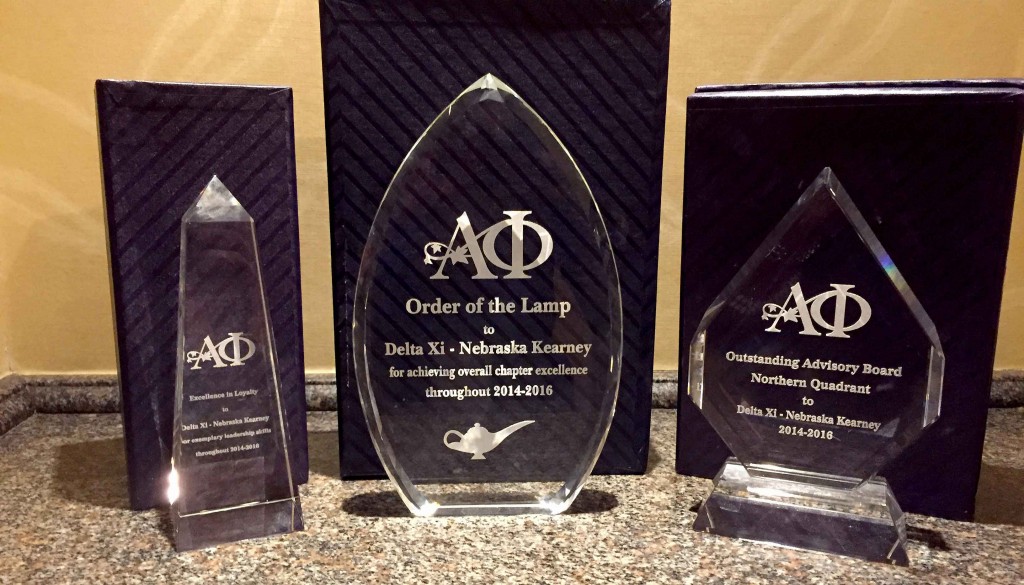 KEARNEY – UNK sorority Alpha Phi won five awards at its national convention June 22-26 in Cleveland, including recognition as Most Outstanding Advisory Board out of the 168 U.S. and Canadian chapters represented.

The event included national awards presented in large- and small-chapter divisions, with University of Nebraska at Kearney competing in the small-school “silver” division. Awards were given based on what chapters achieved over the past two years.

“The girls in our chapter are … go getters, super smart, well rounded, supportive, involved, morally sound, amazing women who all have the same goal in common: to do their best and be the best,” Page said.

“These girls work hard and do all of this because they are driven and hold themselves to a really high standard,” Page added. “… I am so blessed to work with such a phenomenal chapter, and so proud of them.”

Most of the national awards were given based on annual reports submitted to Alpha Phi’s international headquarters, as well as letters of recommendation from College Chapter Administrators.

UNK’s Delta Xi chapter also was one of three schools nominated for Excellence in Sisterhood. There are 119 Alpha Phi members at UNK.