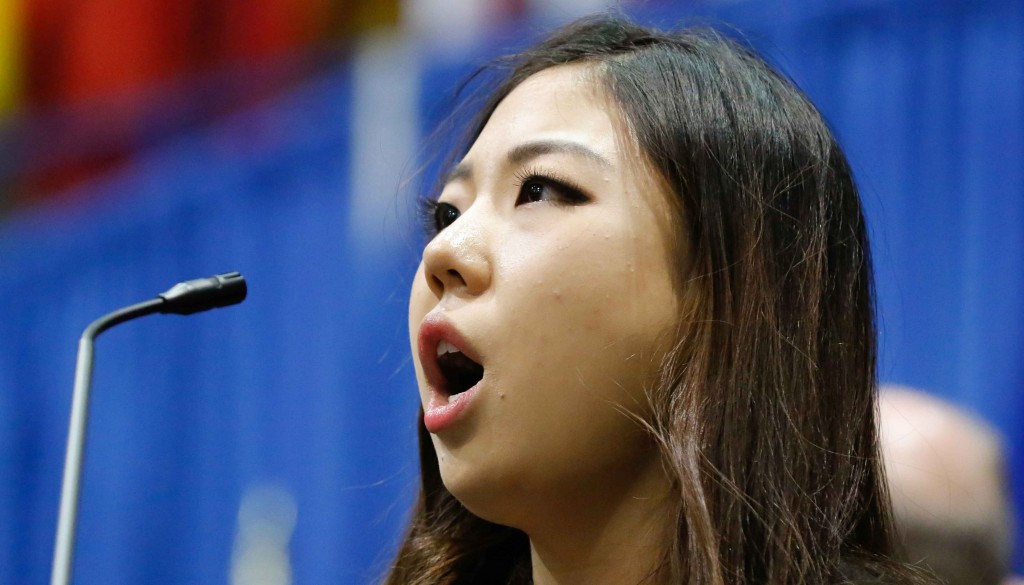 KEARNEY – For Hajeong Lee, singing was her escape.

At four years old, Lee burst into song, repeating the lyrics she heard on a television show.

“When I sang as a child, it was so fun. More than playing outside or playing games,” Lee said.

But Lee’s parents forbid her to sing. Instead insisting that she focus on her studies and earn good grades. 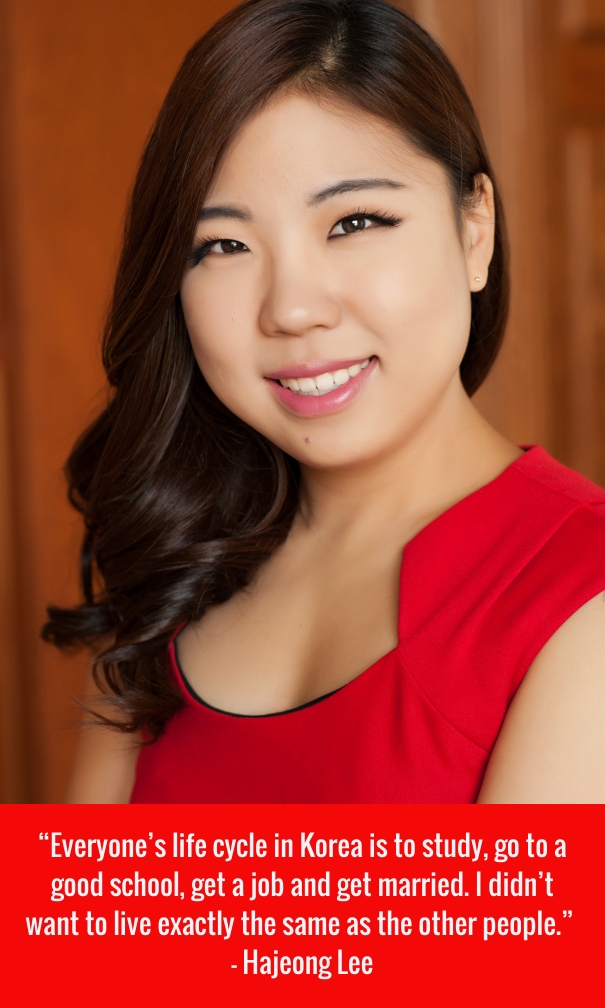 “I can forget anything about negative things while I’m singing,” Lee said. “I like people watching me. When I see the people when I’m on stage, they expect something from me. I like that. I will show them what I can do.”

Lee, from South Korea, graduated from the University of Nebraska at Kearney in May. She studied vocal performance.

As a sixth-grader, Lee heard Sumi Jo, a famous Korean opera singer, for the first time. She immediately knew that she wanted to sing opera. She also fell in love with “Phantom of the Opera” and memorized all of the songs.

“My parents told me that I must study, not sing. I almost gave up,” she said. “I was so depressed in my childhood and throughout my teens because in Korea we have to study all the time, and I’m not a person who likes studying. Everyone’s life cycle in Korea is to study, go to a good school, get a job and get married. I didn’t want to live exactly the same as the other people. Whether I can make money or not, I don’t care. I just want to live my life.”

When Lee entered her sophomore year of high school, her mom had a change of heart and suggested that she take singing lessons.

“I thought it was my only chance to go for it,” she said.

Her love for music and singing deepened, and she enrolled at a university in Korea to study music. But she found the conservative traditions of the university to be stifling.

“Upperclassmen could order everyone else around. If you didn’t obey, there were physical punishments. The music department was quite serious. I wanted a change,” Lee said.

She was accepted into a study abroad program at UNK.

“Professors were kind and listened to me and respected me. I could ask questions, and they were willing to answer my questions. It was very different from Korea,” she said.

After her exchange program ended, she transferred to UNK. Lee struggled at first. The cultural difference and language barrier made learning music confusing, she said.

“I was very intimidated in Korea. I sung like a marionette, very firm. I sang like a child, not very professional,” she said. “Now I have more confidence with my singing. The professors encouraged me and that was very helpful for me to develop my vocal skills.”

Lee, a soprano who specializes in classical music, thrived at UNK, recently singing for University of Nebraska President Hank Bounds at his presidential installation in Lincoln and singing the national anthem at her own commencement.

Her father, who hadn’t seen Lee perform since high school, attended commencement. While her father didn’t approve of her choice to study music, Lee said he was beginning to support her. She hoped her national anthem performance would make him proud.

Also at her graduation was Jim and Karen Decker, her American family through the International Friendship Program at UNK.

“My voice teacher, Dr. Campbell, had a great impact on me. She is an incredible voice teacher. She encouraged me a lot, and is the main reason for my confidence,” Lee said.

Sharon Campbell, associate professor of voice, said Lee was a self-starter and always expressed gratitude for time and focus from professors.

“The biggest change I saw in her as a voice student was that she became more concerned with artistry than with the ‘metrics’ of singing (singing quick passages, or high notes). She started to take pride in the individuality of her voice and to appreciate how working on her lower and middle voice benefited the beauty and stability of her entire range,” Campbell said.

“She started to show her love of various works for the way characters appealed to her rather than for how impressive she thought they might be. She started to have fun and take some risks.”

Lee also worked to revise the International Phonetic Alphabet’s Korean usage to be more accessible to Americans who sing Korean.

“She showed such passion for Korean linguistic history and the challenges of Korean diction,” Campbell said. “My greater understanding of Korean consonant formation really helped both of us to improve her Italian, French, German and English diction.”

Lee will study vocal performance at Temple University in Philadelphia this fall. Her dream is to have a leading role in an opera.

“I hope I can sing for my entire life because it’s just a part of my life, and I feel like I can’t live without it. I hope my voice can make people happy.”