KEARNEY – Kearney Mayor Stan Clouse was recognized for his contributions as a civic leader at Friday’s University of Nebraska at Kearney commencement.

Clouse, who has served as mayor since 2006, is the 2016 recipient of the Ron and Carol Cope Cornerstone of Excellence Award.

“An outstanding civic leader and a dedicated supporter of community and state organizations, Mayor Clouse is also a terrific friend to the University of Nebraska at Kearney,” said UNK Chancellor Doug Kristensen.

A native of Brady, Clouse attended Mid-Plains Community College and Kearney State College, and has been employed as an account manager for Nebraska Public Power District since 1978. In 2003, he was elected to the Kearney City Council and, in 2006, was voted by his fellow council members to serve as mayor of Kearney.

His service has included the League of Municipalities Executive Board of Directors and Legislative Committee, the Kearney Board of Adjustments, Shelton Village Board, North Platte Planning Commission, and Governor appointments to the State Natural Resources Commission, Water Funding Task Force, Human Trafficking Task Force and Greater Nebraska Chief Elected Officials Board.

In 2011, he was named recipient of the UNK Friend of Social Work Award in recognition of his establishment of the Leeann and Jeremiah Social Work Scholarship.

He has participated in the university’s International Friendship Program for many years, and has served as a host for students from Denmark, Japan, Benin and the Bahamas.

He has contributed financially to other campus programs, serves on the UNK Center for Rural Research and Development Advisory Council and attends as many campus events and Loper athletic contests as his time allows.

“UNK calls on him time and time again to give welcomes, greetings, present awards and attend ribbon cuttings and dedications and, literally without exception, he accommodates us with his customary grace and poise,” Kristensen said. “He is a trusted and loyal friend, and one of the cornerstones on whom we rely for support and strength.” 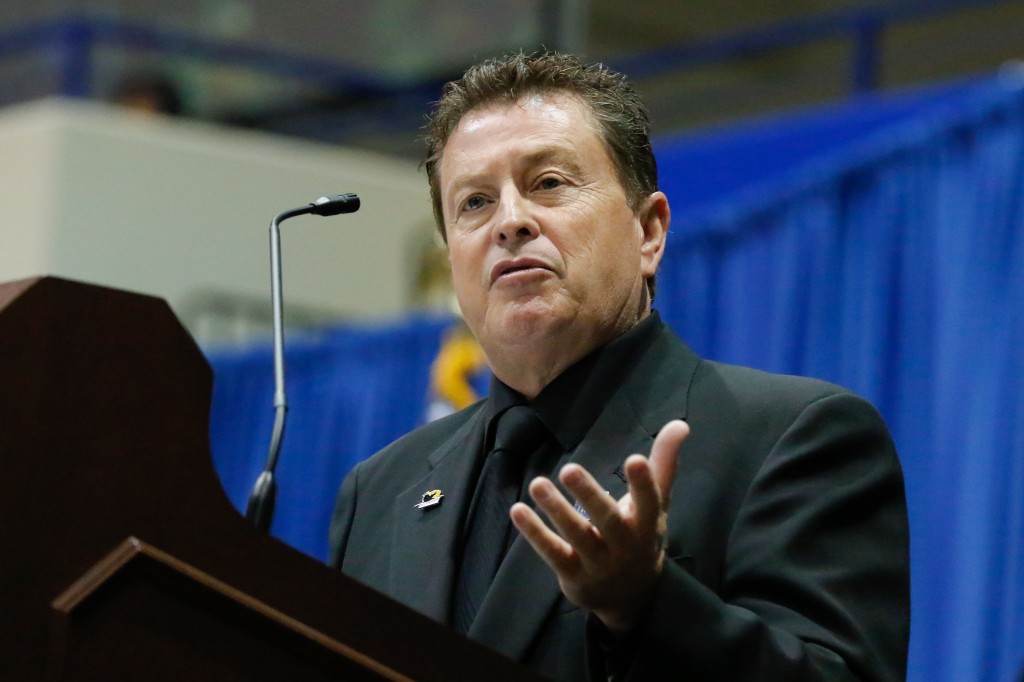