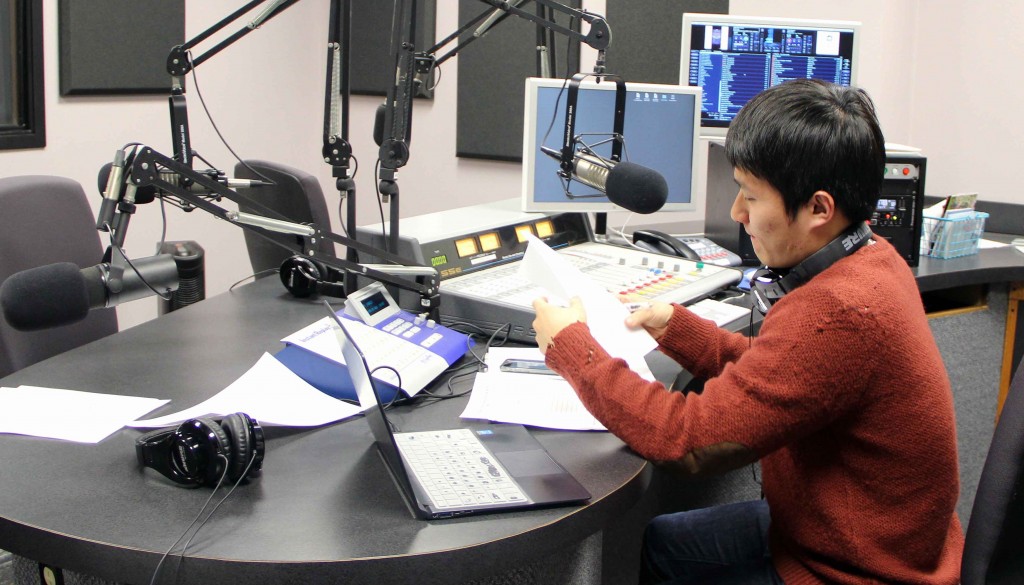 KEARNEY – The idea to offer the inaugural Digital Expressions Media Camp in the UNK Communications Department began with the hope that high school students could explore a potential passion for a career in communications.

“There are students who aren’t aware of what a degree in a communications field consists of, and that there are a lot of opportunities out there,” said Ford Clark, senior lecturer and general manager of campus radio station KLPR, who will instruct the audio portion of the camp.

“Storytelling in general is really pervasive,” said Ashley Weets, camp coordinator. “When we’re babies we are read to, and you wouldn’t believe how ingrained it is in our psyches. People don’t really realize they can make a career out of it in many ways.”

Camp participants will have the opportunity to explore audio and video production during the June 12-17 camp.

Participants will learn how to shoot and edit video, using the university’s camcorders and Adobe Premiere software. According to Jacob Rosdail, assistant professor and camp video lecturer, the goal is to have students create a news story/documentary, as well as a public service announcement.

On the audio side, camp participants will create a mini radio package by learning how to interview, cut and edit audio using Adobe Audition, create a PSA and have the opportunity to use the radio studio equipment to broadcast a live radio show on KLPR.

Students will also take field trips to area television and radio stations. Guest speakers are still being coordinated to make appearances throughout the six-day camp.

Weets said the camp is made possible by support from the UNK Communications Department and Nebraska Broadcaster’s Association, which is offering $100 scholarships for up to 25 camp participants.

Cost is $385 for participants living on campus in student housing, which includes a meal plan. A commuter option is also available for $225.

Current UNK students in the department will serve as camp counselors. Weets said participants will be divided into small teams and receive counselor assistance and guidance.

Weets said camp directors have done a lot of “boots on the ground” recruiting.

“We really wanted to reach out to rural communities,” she said. “I grew up in a rural community in the Midwest and didn’t really know I wanted to be in communications, and I’m sure there are other students out there like I was.”

Ralph Hanson, chair of the communications department, applauds the three new department faculty members for taking the initiative to coordinate the new camp.

“We do have some great new faculty who are really looking at ‘where is the future of our industry?’ This is a way for high school students to get to know what we have to offer, and to give them an opportunity to really learn about what is it like to work with electronic media,” Hanson said.

Clark is excited to be involved in mixing what he’s passionate about.

“The most exciting thing for me is to hopefully get kids working on the stuff we’re (Weets, Rosdail, Clark) passionate about, and getting them interested in broadcasting and communication, and the things we know are really fun and interesting and spent our lives doing,” Clark said.