KEARNEY – To promote Sexual Assault Awareness Month, University of Nebraska at Kearney is hosting educational activities and a special lecture by two women featured in the groundbreaking film “The Hunting Ground,” at a free, public lecture 7 p.m. April 21.

Activists and authors Annie Clark and Andrea Pino were featured in the film for their role in promoting Title IX legislation and challenging federal government and university officials across the country to improve their practices of investigating sexual assaults, and their prosecution and discipline of perpetrators of sexual assault. 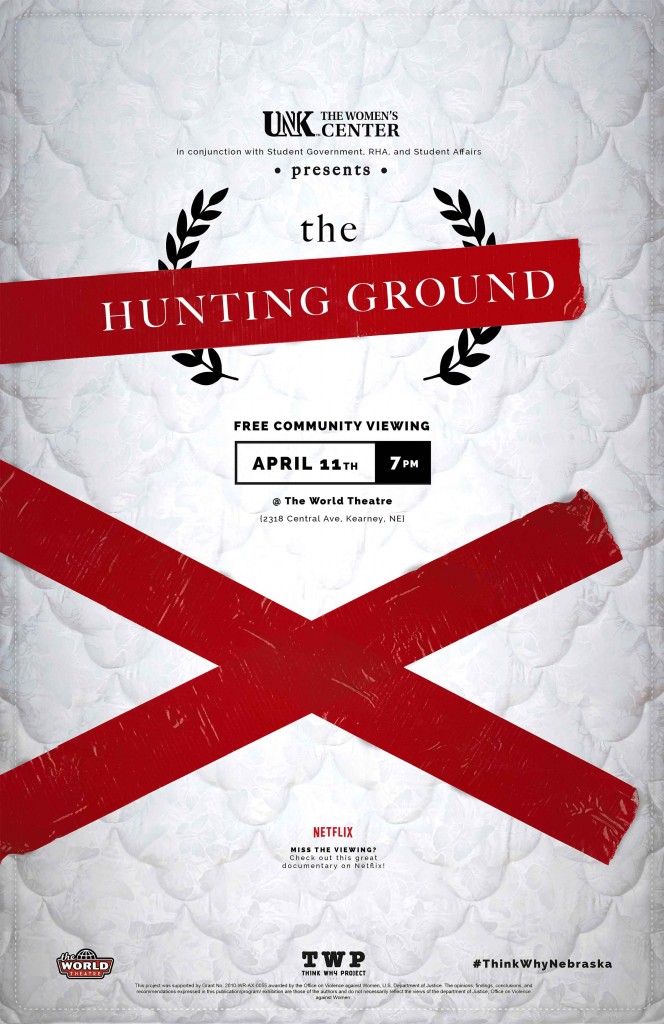 Clark and Pino will be at UNK at a series of events April 20-21 intended to encourage students and the community to become more aware of the prominence and prevention of assaults.

Their lecture, “Shatter the Silence,” is 7-9:30 p.m., Thursday, April 21, in the Ponderosa Room at the Nebraskan Union. The event is in conjunction with UNK’s traditional event intended to increase awareness about assaults and preventative measures.

UNK will show “The Hunting Ground” free to the public on Monday (April 11) 7 p.m. at the World Theatre, 2318 Central Ave., followed by a panel discussion about sexual assault, focusing on prevention and bystander intervention.

The movie is “a startling expose of sexual assault on U.S. campuses, institutional cover-ups and the brutal social toll on victims and their families,” according to the Bystander Intervention Committee. The committee is co-sponsoring the event with Loper Nites and Division of Student Affairs.

Oscar-nominated filmmakers Kirby Dick and Amy Ziering directed and produced “The Hunting Ground,” a selection of the Sundance Film Festival. Colleges and universities across the country have been showing the film as a precursor to conversations about rape and sexual assault, Title IX, self-protection and women’s rights.

Pino and Clark’s new book is “We Believe You: Survivors of Campus Sexual Assault Speak Out,” and the authors will be on hand to sign copies of their book for sale at the event.

At the lecture and other events, UNK representatives will be on hand to provide information to students on the university’s resources for victims of sexual assault and about Title IX, and a new community-campus resource, a website called “Think Why.”