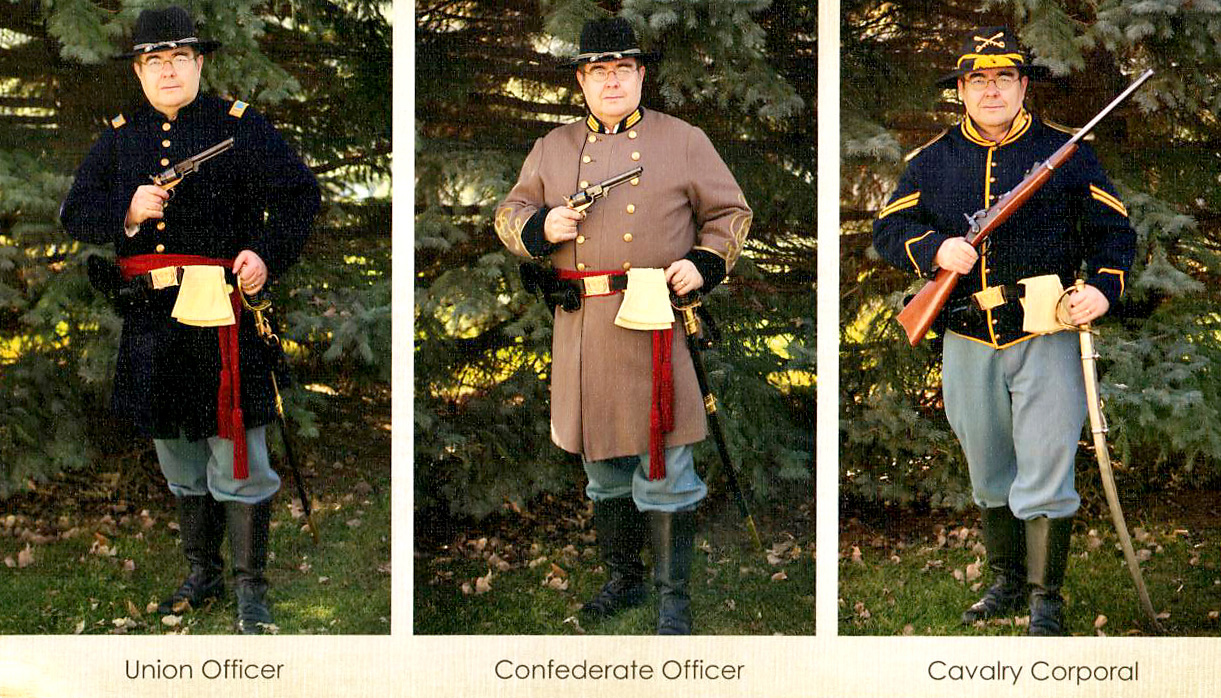 “I like to talk to our students, especially if they look a little bit lonely or sad. I’ll smile and say ‘hi,’ and they’ll smile back. I’ll think maybe I helped them out a little bit today and made them feel a bit better. I like making people feel happy.” – Joe Carlson, Criminal Justice Professor

KEARNEY – Joe Carlson was 10 years old when his dad took him to the county parade near the family farm in southern Idaho. 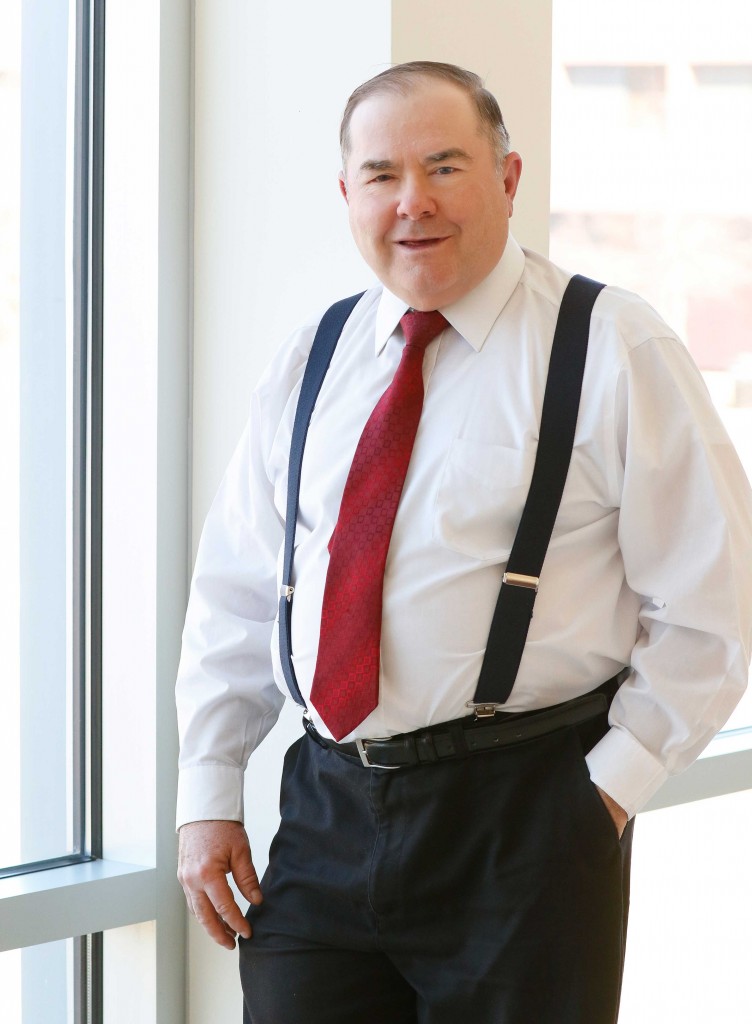 A year later, Carlson got his first bike – a Honda. It wasn’t a Harley, but it gave him something to ride around the ranch and in the fields on the Carlson land in Albion, about 100 miles north of the Idaho-Utah border. While he enjoyed his first motorcycle, young Joe was still captivated by the Harley.

Carlson was the son of a rancher. “A cowboy,” he clarified with a smile. His dad didn’t finish high school.

A first-generation college student, Joe’s mom wanted him to become a lawyer.

“Since mom wanted me to be a lawyer, I started out doing that, but I liked the police side better,” Carlson said. “I was always thinking about getting that motorcycle.”

After graduating from Brigham Young University in 1973, Carlson joined the United States Army. He went in through ROTC as a lieutenant and hoped to get into military police.

“I didn’t have very good vision,” he explained. “That kept me out, but I kept going around it. When somebody doesn’t let me do something, and I want to do it bad enough, I just keep trying. Finally, I got in.”

Carlson and his crew ran two training exercises a month.

“I would either be the bad guy or the good guy,” Carlson laughed. “They were both fun. I enjoyed both of them.” 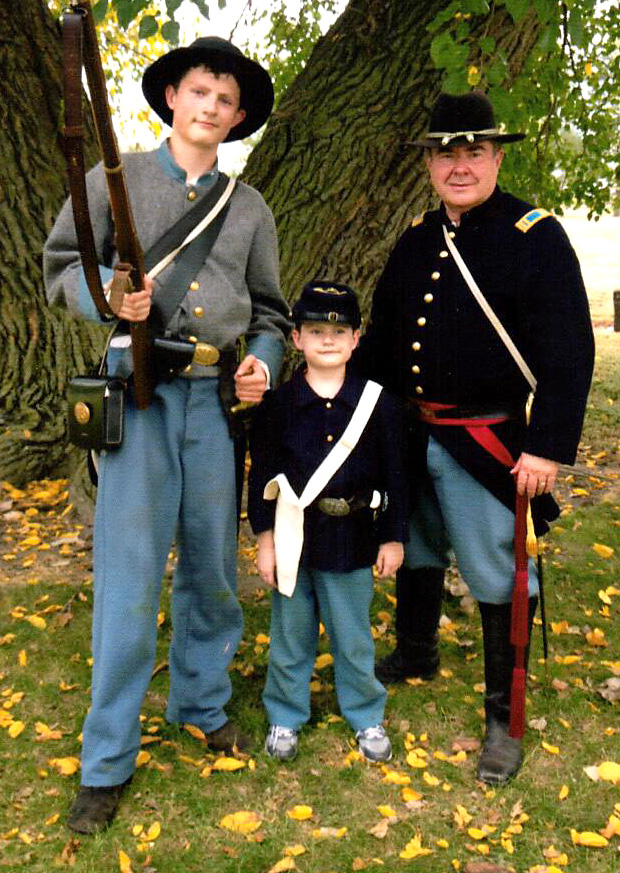 His last stop in military police was at Fort Dix in New Jersey. He was the assistant chief of police, also called the operations officer. Carlson had about 150 officers working for him. They worked with both civilian and military police.

From crime prevention and investigations to overseeing a SWAT team and K-9 unit, Carlson got to see more of the law enforcement side of things at Fort Dix.

Despite his long career in police work, Carlson never was able to get the Harley Davidson he eyed as a 10-year-old.

“I’ve actually owned about four motorcycles over my years,” Carlson noted. “But (the Harley) costs too much money. I was married and had to take care of my wife and kids. I never did get it, and then my wife put a stop to the bikes.”

For the last 23 years, Carlson has made the short walk every morning from the parking lot to his second-floor office in Founder’s Hall. He’s known for saying hello and striking up conversation with everybody he sees: students passing by in the hallway, faculty, staff and campus visitors.

“I like to talk to our students, especially if they look a little bit lonely or sad,” Carlson said. “I’ll smile and say ‘hi,’ and they’ll smile back. I’ll think maybe I helped them out a little bit today and made them feel a bit better. I like making people feel happy.”

Carlson has carried that friendly demeanor with him throughout his teaching career, which started in 1990 at Boise State University, where he taught criminal justice and military science. He also taught ROTC. Carlson earned his doctorate from the University of Southern Mississippi in 1986 between his stops at Anniston Army Depot and Fort Dix.

After spending a few years back in his home state, Carlson started looking for potential new jobs and a change in scenery. A friendship with a faculty member at UNK led him to an opening in Kearney.

“I realized I couldn’t stay in the military forever. I enjoyed teaching, and I thought I might be able to make a difference with young people,” said Carlson, who served as chair of the Department of Criminal justice from 2000-07 and has remained a professor since his tenure as chair.

“He is an outstanding teacher, who truly cares about his students. His classes are always well-received, and he regularly takes time to mentor his students as they transition on to careers in the field,” said Criminal Justice Chair Julie Campbell. “We are so grateful to have him as a member of our criminal justice faculty at UNK.”

Since retiring from the Army, Carlson admits he’s loosened up some in the classroom.

“I’m probably a bit more relaxed while I’m teaching. I’m not so strict,” Carlson joked. “Coming from a military environment, I was pretty strict. Now, I’m not near as strict, but my standards have always stayed the same. It’s hard to get through my class without working.”

Since moving to Kearney, Carlson’s wife, Pam, and daughter, Katherine, have each earned a degree from UNK.

It all happened within a few hours, too.

“My proudest moment here was when my wife went back to school and got her master’s degree,” Carlson said. “My daughter graduated with her bachelor’s degree, and I got to hood my wife and give my daughter her diploma all in the same day.”

There have also been challenges. In the fall of 2013, Carlson had a brain tumor removed. He spent time in the hospital, and he admitted that the tumor slowed him down when he came back to work.”

He wasn’t out of commission for long, though.

“I think it was five or six weeks, and I was back to work,” he said. “My colleagues covered for me while I was in the hospital.”

Through it all, Carlson has loved every minute he’s spent at UNK.

“I love it here – the place, the community,” he said. “ I love the students. They’re good students who want to learn and do what’s right.” 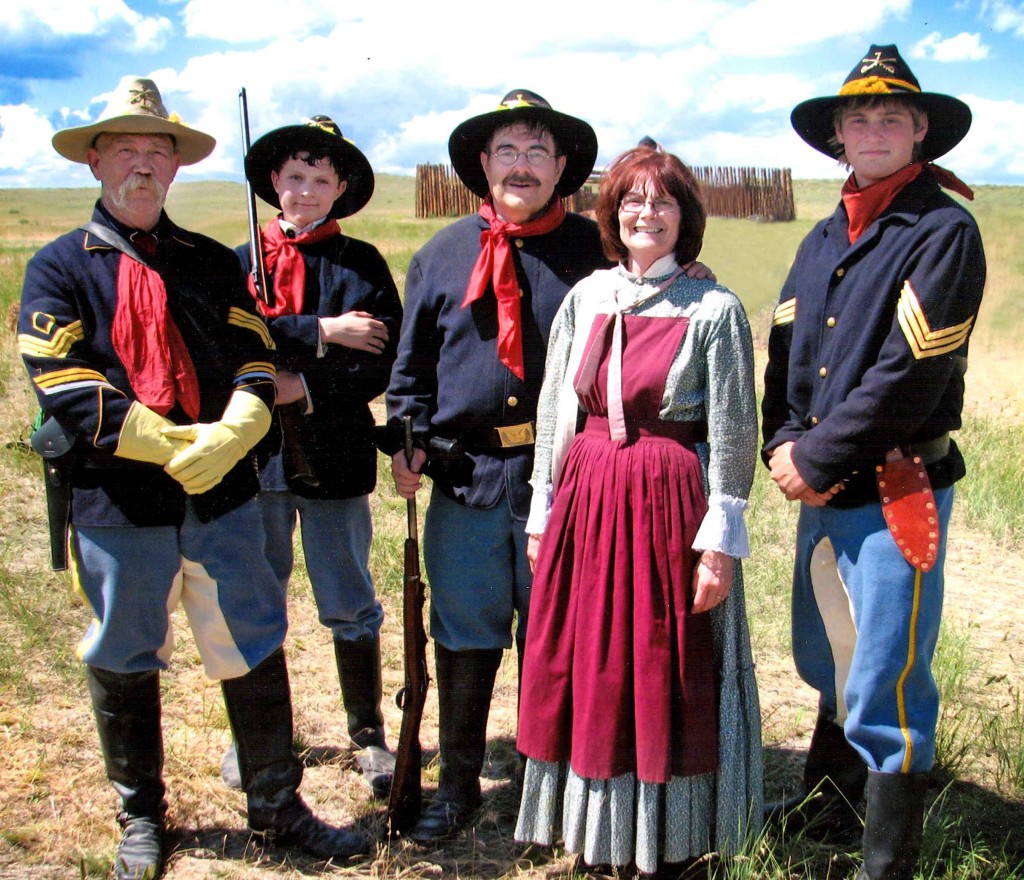 Joe Carlson has always had a passion for history.

Not long after he moved to Nebraska, he ventured to Fort Kearny for Labor Day weekend. The historical site hosts three Civil War reenactments a year – one on Memorial Day, Fourth of July and Labor Day.

“I’d never been to one, it was all new,” said Carlson. “That was the first time, and they were showing us all the equipment – the guns and cannons – and I thought ‘wow that’s pretty cool.’”

The folks portraying soldiers asked Carlson if he was interested in joining them. He chimed back that he was too busy at the time. They called him the following January to see if he would attend one of their meetings.

He conceded and instantly became hooked.

Carlson always had an affinity toward the military, which is why reenactments appealed to him.

“It was paying honor and respect to those people who had fought and died to keep our country together. I thought we should honor them and keep their history alive,” Carlson said.

About 15 years ago, Carlson was approached by The Archway to start an infantry that would be associated with the Boy Scouts of America.

The group of Boy Scouts has done reenactments across the state. The troupe was dubbed the 1848 Venture Crew for Boy Scouts, named in recognition of 1848, the year Fort Kearny was established.

Carlson and fellow reenactors expanded the repertoire for their performances across the region. They’ve also traveled to historic Civil War battle sites to perform reenactments.

“Our guys went to Wyoming last year for a big battle. It was an Indian War battle,” Carlson said. “My guys have gone to Shiloh, Tenn., and Gettysburg, Penn.”

The reenactments have become a family affair for Carlson. His wife has made a lot of his uniforms, and she always goes to watch. His four children attend, too. Carlson’s youngest son, Jared, portrayed a soldier during the reenactments. His daughter, Katherine, has dreseds up and participated, too.

Several of Carlson’s 17 grandchildren have also joined the reenactments.

“Right now, two of my grandsons have been fighting with me,” Carlson said, pointing at a photo in his office showing off the three of them on the battlefield. “Both started off as a drummer, and then they moved up to a rifleman.”