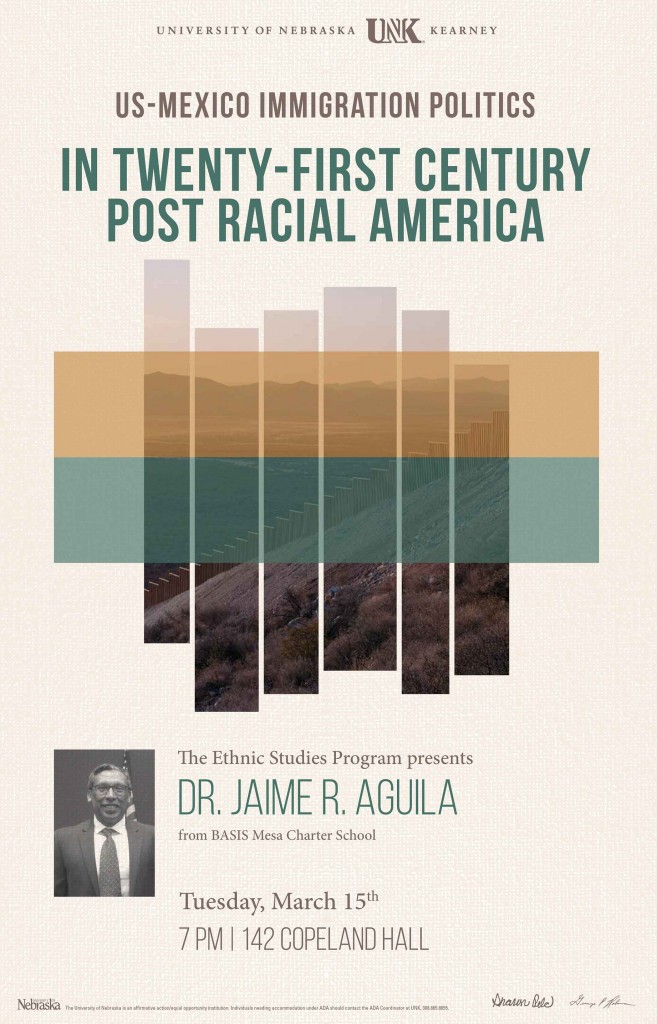 The talk, presented by UNK’s Ethnic Studies Program, is at 7 p.m. March 15 at Copeland Hall room 142.

Aguila will speak about immigration and help those attending gain a better understanding of the complex issue that remains a major issue of debate in the U.S. and Nebraska.

Aguila teaches advanced placement European and world history at BASIS Mesa Charter School in Arizona. He earned his doctorate in history from Arizona State University with a focus on modern Mexico and borderlands.

Aguila’s scholarship focuses on Mexican/U.S. immigration and emigration policy, and a core part of his teaching explores issues of heritage and national origin within the classroom.

In 2007, his article Mexican/U.S. Immigration Policy Prior to the Great Depression was published in the prestigious journal “Diplomatic History.”