KEARNEY – Electricity is often taken for granted in the United States.

That was one of the biggest takeaways from a Rotary trip to India taken by University of Nebraska at Kearney instructors Jake Jacobsen and Tami Moore.

Participating in a Friendship Exchange through Rotary International, Jacobsen, a senior lecturer in communication, and Moore, a professor of family studies, traveled to India for nearly three weeks from Jan. 19 to Feb. 4.

“One of the reasons that we were really encouraged to go was because we had done a project with a (Rotary) club over there called the Solar Lamp Project,” Moore said. “We helped fund the purchase of these solar lights that were given to high school juniors at a rural school.” 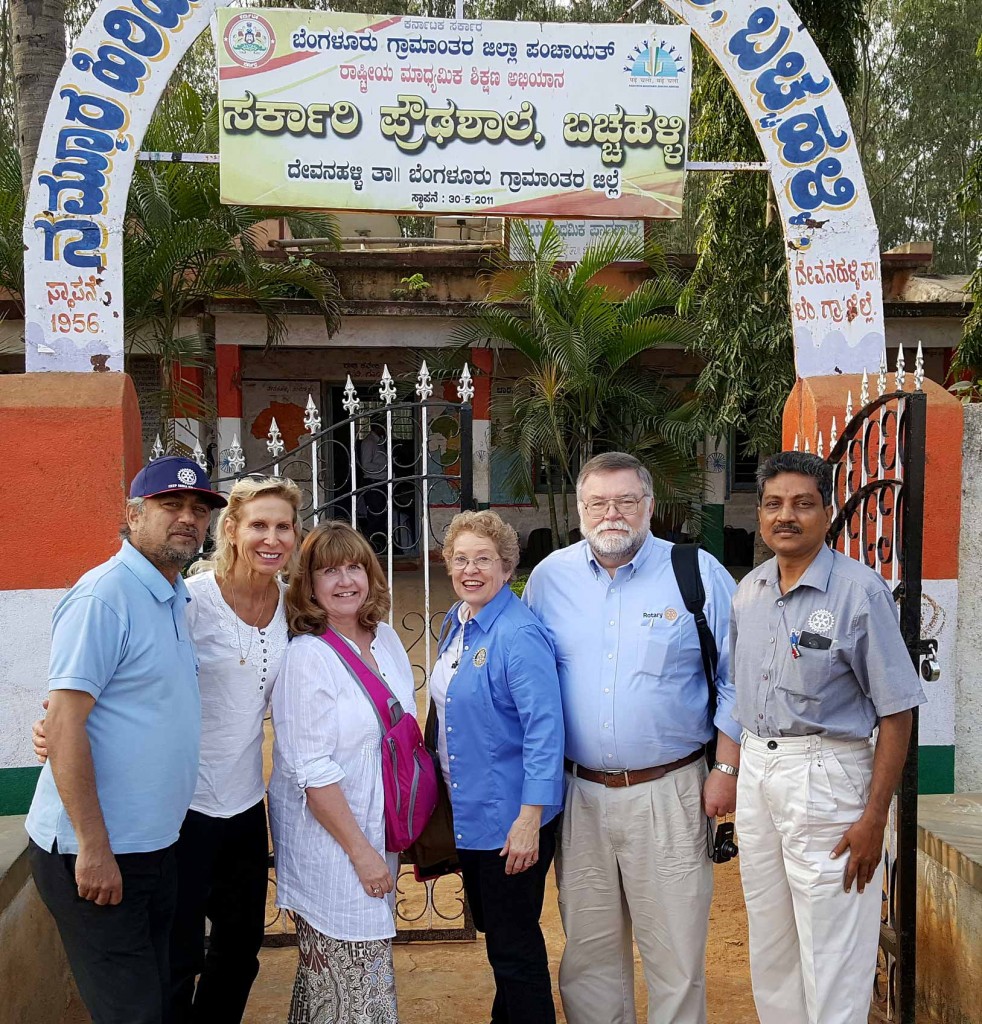 Because the sun usually sets around 6 p.m. in India and electricity isn’t always dependable, students take the lights home so they can read and study at night.

“There’s a lot of layers to this project because it started with the fact that kids cannot study or read at night if they can’t see, so we decided to fix that problem,” said Jacobsen, who was a Rotary Exchange student to Cape Town, South Africa, in 1975. “We worked on a major grant to provide this.”

Jacobsen and Moore were a part of the program from the beginning, and they have seen it grow to the point that hundreds of students have access to the solar lights.

“We saw the data on the improvement and retention, which is huge,” Moore said. “The lights can be used year after year.”

The solar lights have to be recharged, which means students must return them to the school once a week. “It speaks to the accountability the kids have over there,” Jacobsen said. “This is a school that has a 100 percent return rate.”

There was an added benefit to the solar lights, too.

“After meeting with a principal there, we realized that not only are we giving them something to read and study, but the entire family now benefits because there’s light in a house that didn’t have light before,” Jacobsen explained.

The two UNK instructors were joined on the trip by fellow Rotarians Tom and Carol Bosshardt of Kearney.

While in India, the quartet traveled all over the country. They spent the beginning part of the trip in southern India, visiting Bangalore and Mysore before heading to the coastal city of Goa.

The Rotarians spent the second half of their trip in New Delhi and Agra, home of the Taj Mahal.

Aside from visiting schools associated with the Solar Lamp Project, the group of four visited hospitals, children’s hospitals, an orphanage, charter schools and the Rotary district conference.

Both UNK teachers have been able to apply things they learned from the trip to the classroom as well.

With Moore specializing in family studies, the idea of arranged marriage was of particular interest to her.

“I’m rewriting the textbook that I wrote, and I have some new examples on arranged marriage because we found out a lot about that,” said Moore, speaking from an academic standpoint. “We’ve always known about them, but we were under the impression that they were starting to decline.

“We can’t say that’s true after talking to all these professionals over there.”

Through everything that Jacobsen and Moore saw in India – from extreme wealth and poverty to stunning buildings or chaotic traffic – the gratitude of the children who received a lamp left the most-lasting impact.

“The students were so enamored. When we went to the schools, the kids knew that we were the ones that came,” Jacobsen said. “I did not expect that kind of gratitude because it’s just a light to us. It’s not a light to them.”