KEARNEY – Kyla Bruxvoort experienced pressures to dress, behave and talk a certain way when she was in high school. These pressures to fit in caused her to feel insecure and experience low self-esteem.

Eventually realizing that her sense of self-worth was about more than the appraisal of her appearance and behaviors, she became interested in studying self-esteem.

“Self-esteem has always fascinated me ever since I was a teenager. I struggled with low self-esteem in high school, and I finally realized that other people’s opinions of me didn’t matter,” said Bruxvoort, a sophomore elementary education major at the University of Nebraska at Kearney. “But I’ve still been interested in how other people deal with self-esteem issues.”

As part of an undergraduate research project, Bruxvoort studied how teenagers use Facebook to pursue romantic relationships and how their self-esteem played a role in their pursuit of romance. 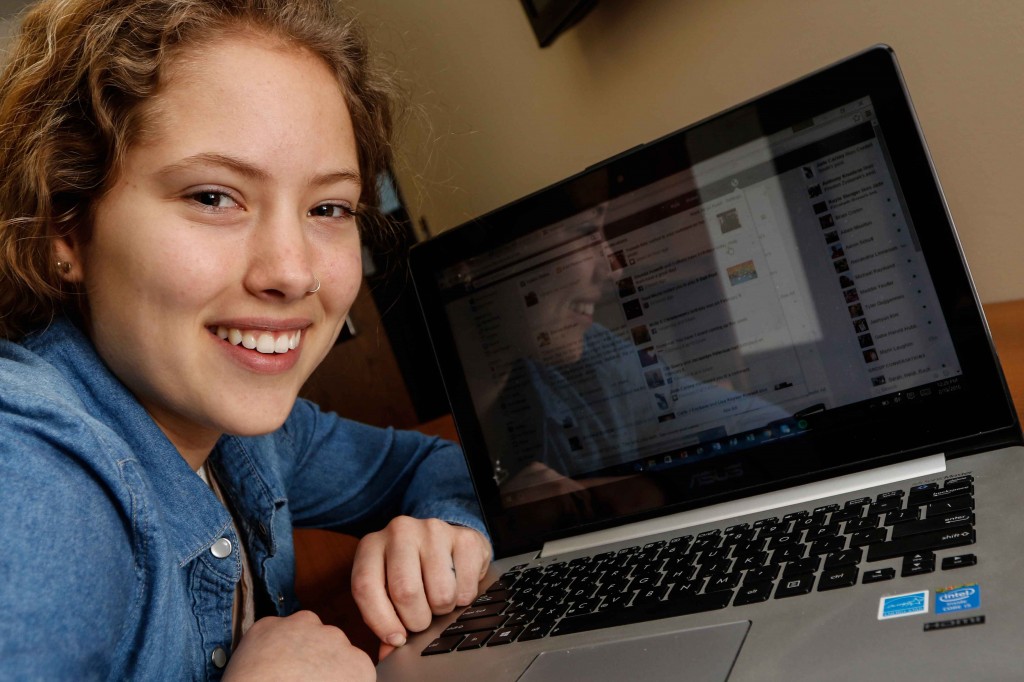 A survey was given to teenagers ages 14-18 in central Nebraska. Students were asked about self-esteem, relationship status and Facebook behaviors.

“We found that low self-esteem is connected to how often teenagers monitor people they’re interested in romantically. So the more often they creep on people on Facebook, the more likely it is that they have low esteem,” Bruxvoort said.

Mickey Langlais, assistant professor of family studies and Bruxvoort’s research mentor, said it seems that teenagers with lower levels of self-esteem are more likely to monitor – or “Facebook stalk” – the Facebook pages of their romantic crushes. Facebook stalking includes looking at who someone’s friends are, looking at who likes their status, monitoring what they’re posting and more.

According to the survey, a teenager with higher self-esteem is more likely to add their crush as a friend on Facebook, send them a message and begin communicating with them.

“I found that people with high self-esteem are more likely to initiate relationships, and people with low self-esteem won’t, especially if there is any sort of risk,” said Bruxvoort of Fort Collins, Colo.

Bruxvoort now hopes to use her findings to teach teenagers about self-esteem.

“Self-esteem is so important in building relationships – not just romantic relationships, but friendships as well,” said Bruxvoort.

“Now we want to figure out how we can use this information to promote healthy relationships,” Langlais said. “That’s a difficult thing. What we want to know next is whether this is healthy and how it impacts their self-esteem.”

Bruxvoort will present her findings in April at the National Conference for Undergraduate Research in North Carolina.

“Doing undergraduate research allows students to get out of the classroom and apply something that they are interested in,” Langlais said.

The project was part of the Undergraduate Research Fellows program, which allows students to participate in projects related to their academic major.

Bruxvoort wants to teach middle school, and hopes the research will help her understand teenagers better.