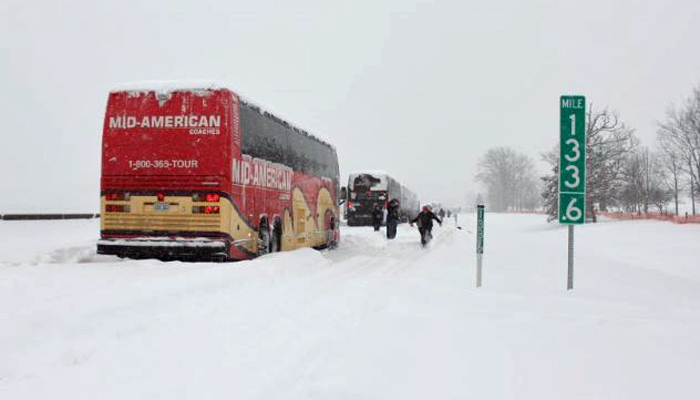 KEARNEY – A group of University of Nebraska at Kearney students stuck in Pennsylvania during Winter Storm Jonas last week experienced kindness from strangers and words of encouragement from all over the country.

“I am grateful and in awe about how kind everyone was,” said Marilyn Synek, a sophomore political science and multimedia major from Kearney. “We appreciated everyone’s support and kindness.”

As the group of 40 students from Kearney and University of Nebraska-Lincoln remained trapped in a bus for 24 hours, area police and fire fighters brought them bottled water and pizza. The students’ meals consisted of the snacks they had packed for the trip, which included granola bars, Pop-Tarts and fruit snacks.

Nebraska Gov. Pete Ricketts reached out via Facetime to make sure the students were safe. Senators Ben Sasse and Deb Fischer sent tweets to the students to let them know they were thinking about them.

The students spent those hours on the bus watching movies, playing card games and doing homework.

After 24 hours on a highway with traffic at a standstill, the group finally made it to Bedford, Penn., where a Catholic school offered shelter. In Bedford, the students walked to a nearby gas station for food. Locals offered them rides back to the school, where they slept on the floor.

“It was so kind how the community reached out to us,” said Caitlyn Schmidt, a junior elementary education from Lincoln.

The group traveled to Washington, D.C., by bus on Jan. 20 despite the forecasted winter storm on the East Coast. The students, part of UNK Students for Life and UNL Huskers for Life, participated in March for Life, a demonstration protesting abortion and Roe vs. Wade, the 1973 case that ruled the constitution protects a woman’s right to an abortion.

“Even though we knew about the weather, it was for a cause we are truly passionate about,” said Megan Humlicek, a junior social work major from Columbus. “So it wasn’t going to deter whether we went or not.”

The students ended up spending nearly 80 hours on the bus, and were in Washington, D.C., for less than 20 hours. 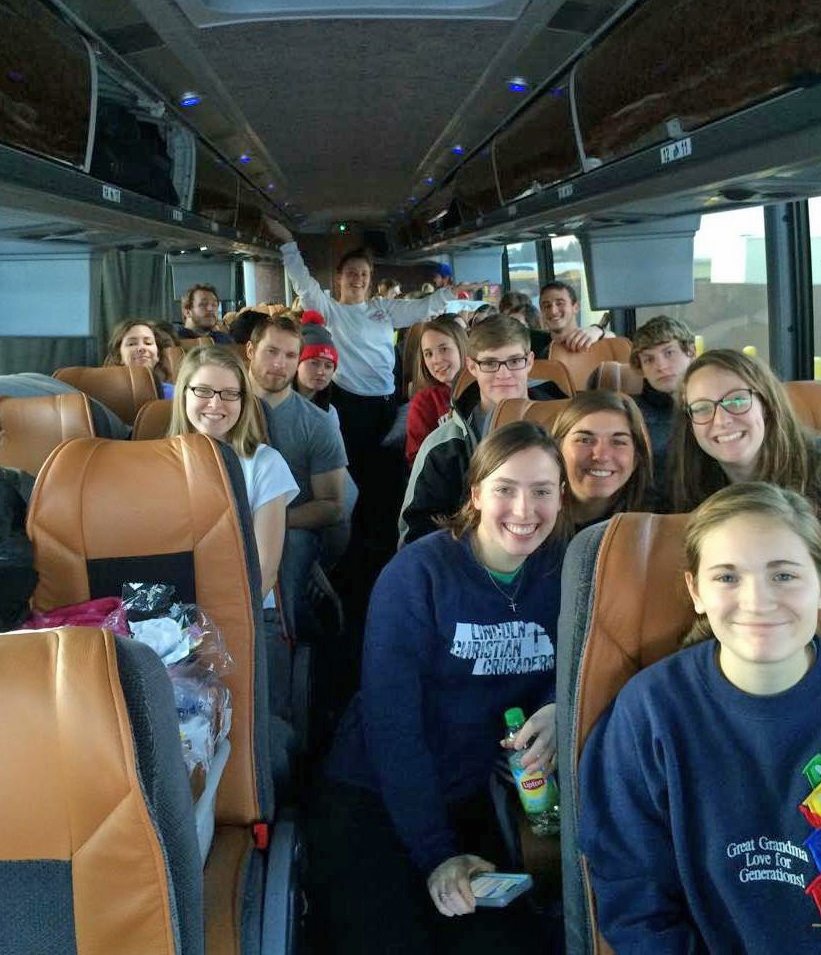 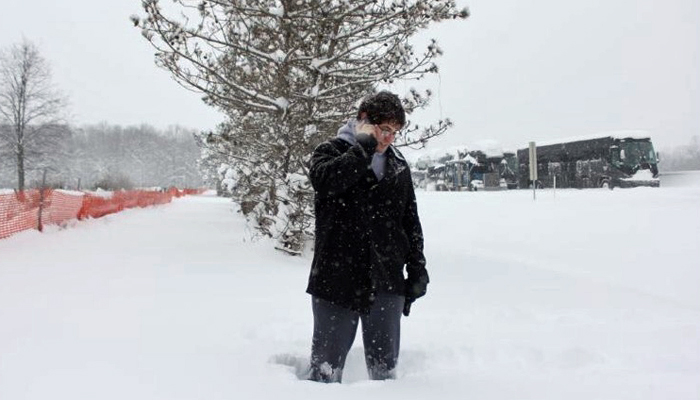