Samuel Middleton of Kearney won the ,000 first prize for his Oculus Rift video game, which is a virtual reality headset gaming device. The game involves a player surviving on a motorcycle while avoiding walls and artificial intelligence. Players use the Oculus Rift to look and feel like they are actually riding the bike. 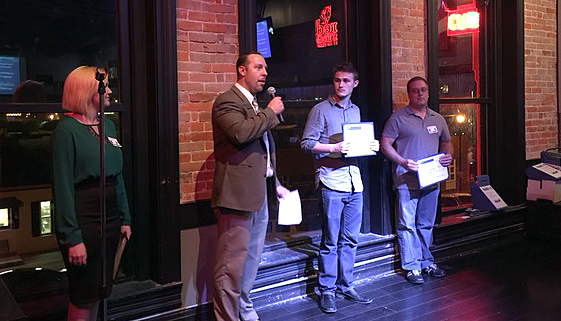 Middleton is a junior applied computer science major at the University of Nebraska at Kearney. He plans to have a finished version of his game ready for commercial release in the next six months.

“As these virtual reality devices are created by Microsoft, Sony, Samsung and Google, there will be a high demand for software compatible with these devices.”

UNK student Jacey Anderson of Axtell won $500 and placed second for her idea called Auditionr, an application to help actors and actresses create online profiles for playhouses and directors.

Mike Bloomberg of Hastings placed third and won $250 for LED Barricade, which he calls a smaller, safer and more cost effective safety barricade light for street and road construction projects.

Sponsored by the Center for Rural Research and Development at UNK, the Business Idea Contest aims to support a culture of entrepreneurship in central Nebraska by providing those entering with feedback through networking with other entrepreneurs and community leaders.

In its fifth year, the event is modeled after the popular “Shark Tank” television show. Over 50 people entered the contest. The entries were divided into categories: retail, IT/tech/web, service, product invention, and food service/food related. 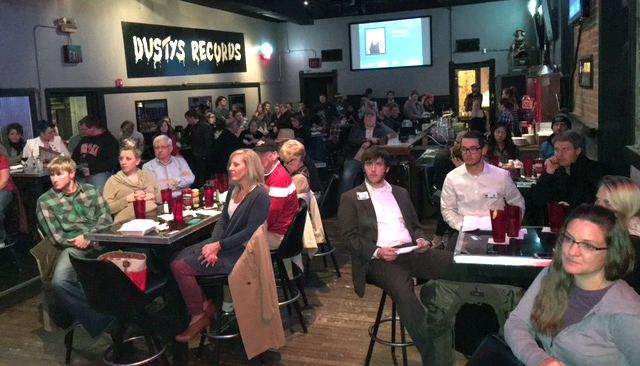