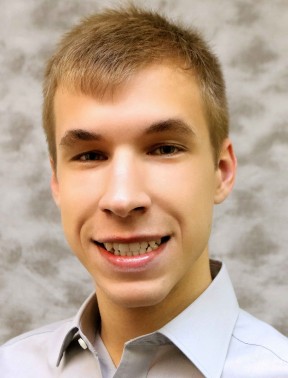 A senior from Kearney, Behn is a physics major with a minor in mathematics.

The NASA Nebraska Space Grant Fellowship Program funds students to engage in research, internships, senior design projects, professional conferences, faculty lab assistance and other activities at NASA or in the aerospace industry. The goal of the program is to recruit and retain students in science, technology, engineering and math fields.

Behn was the lone UNK student selected as a NASA Fellow and one of 55 from Nebraska colleges and universities. He received a ,000 stipend.

He currently is working alongside UNK Assistant Professor of Physics Mariana Lazarova on a project called “The Nature of LoBAL Quasi-Stellar Objects II: Host Galaxy Morphologies with the Hubble Space Telescope.”

Behn said the research uses a small sample of quasar images taken by the Hubble Space Telescope in order to better understand their possible roles in galaxy formation.

“These parameters provide insight into the shapes and models of common galaxies that could compose active galactic nuclei regions,” said Behn.

“This research is applicable to NASA because it contributes to the direct observation of the universe in which we live,” he added. “One of the founding principles of NASA is to gather information and advance human understanding of the cosmos. This project is attempting to better understand galaxy formation and the mechanisms that drive the evolution of the universe.”