University of Nebraska Press is seeking entries from Nebraska undergraduate college students and high school seniors for a volume of fiction, nonfiction and poetry it is publishing in celebration of its 75th anniversary.

Deadline for submissions is Dec. 1. Winners will be announced in April 2016

Winning submissions will be published in a special 75th anniversary anthology. All winners will receive a copy of the book. The top five winners selected by judges will each receive a cash prize of $75. The volume will be available for purchase through the University of Nebraska Press website.

The works will encompass the idea of Nebraska’s diverse geography and people. Submissions can embrace or contradict Nebraska’s stereotypes by drawing from experiences, people, authors, land, traditions, history or anything else related to the state.

“University of Nebraska Press has published books and authors of the highest quality from all over the world, but we are especially proud of the works we publish by authors from Nebraska and the region,” said UNP Director Donna Shear. “It seems only fitting that we should solicit works by young Nebraskans and publish a book of the best contributions, in honor of our anniversary.”

For a complete list of guidelines and more information about the contest, visit nebraskapress.unl.edu/pages/75thAnniversaryLiteraryContest.aspx

About the University of Nebraska Press
Founded in 1941 and celebrating its 75th anniversary in 2016, University of Nebraska Press is a nonprofit scholarly and general interest press that publishes 150 new titles annually under the Nebraska, Bison Books, and Potomac Book imprints, and in partnership with the Jewish Publication Society, along with 31 journals.
As the largest and most diversified press between Chicago and California, with more than 3,000 books in print, University of Nebraska Press is best known for publishing works in Native studies, history, sports, anthropology, and geography, American studies and cultural criticism, and creative works. For more information, visit nebraskapress.unl.edu. 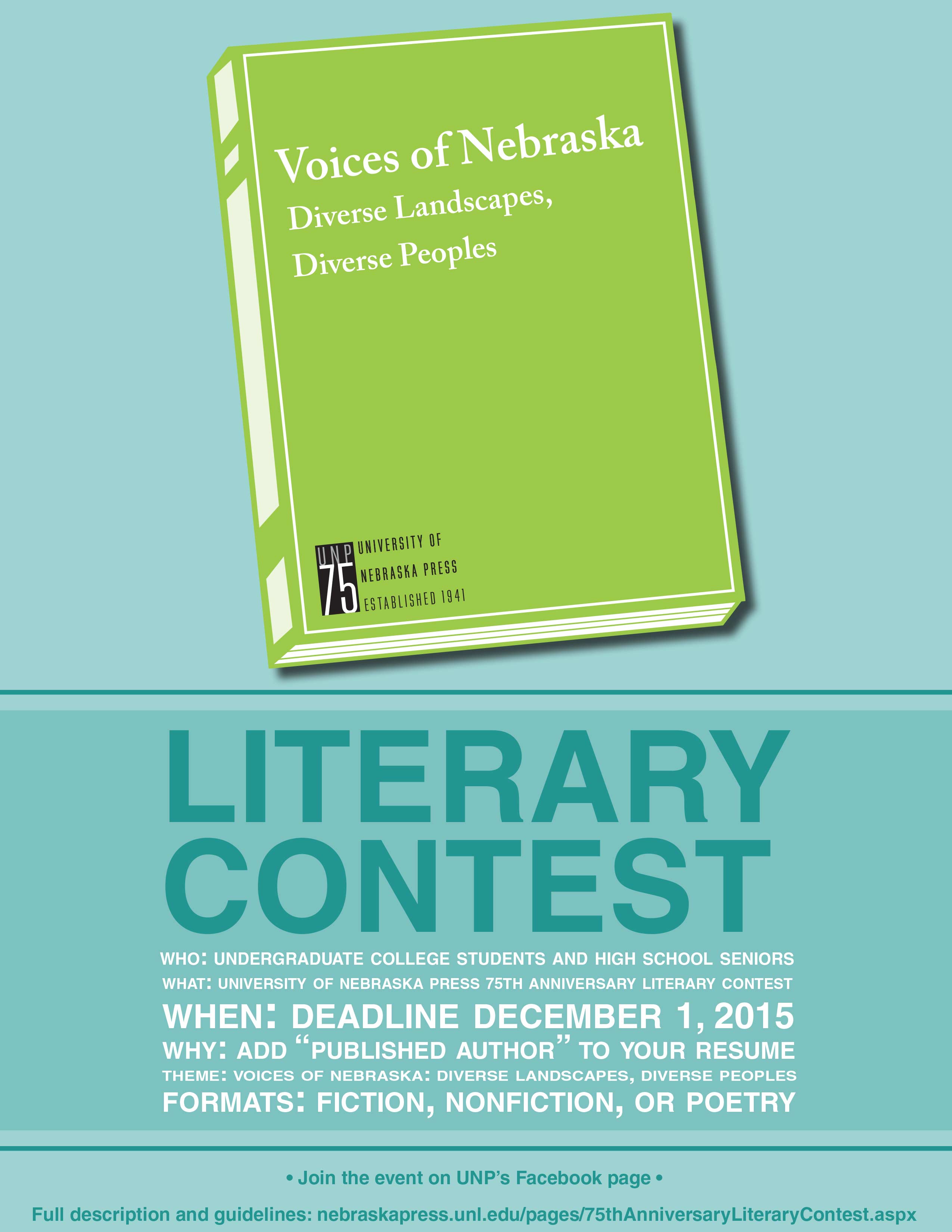