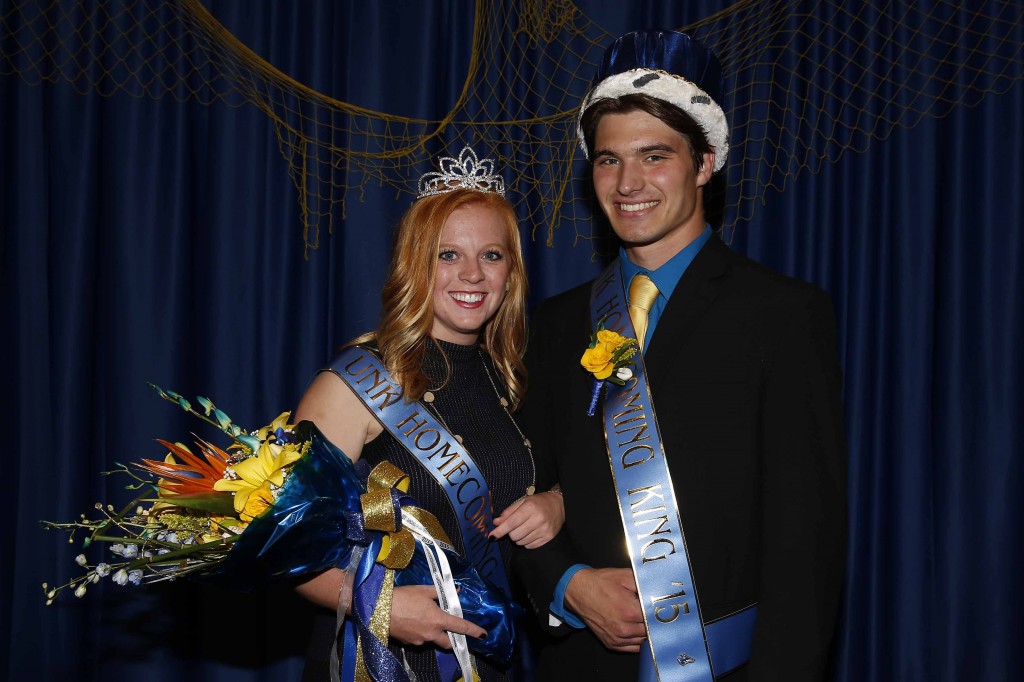 KEARNEY – Wyatt Schake of Amherst and Taylor Kittle of Aurora were crowned homecoming king and queen Thursday at the University of Nebraska at Kearney.

The two will be recognized during halftime of UNK’s football game on Saturday against Central Missouri at 3 p.m. and oversee remaining homecoming week festivities, including the parade at 10 a.m. Saturday in downtown Kearney.

Schake and Kittle were among eight finalists selected by a student vote, with a second round of voting determining the winners.

A senior from Amherst, Schake is majoring in exercise science with a minor in health science. He is an active member in fraternity Phi Gamma Delta, where he is corresponding secretary/external relations chair. Schake is also involved in Loper Programming and Activities Council, Chemistry Club, and he was a Loper Leader this year.

A senior from Aurora, Kittle is double majoring in elementary education and early childhood development unified. She is involved in the Alpha Phi sorority, where she has served on the executive board for two years. Kittle has been a student diplomat for four semesters and was a New Student Enrollment Leader this summer. She is also a member of Loper Liaisons, Mortar Board, and has been on the dean’s list the past six semesters.