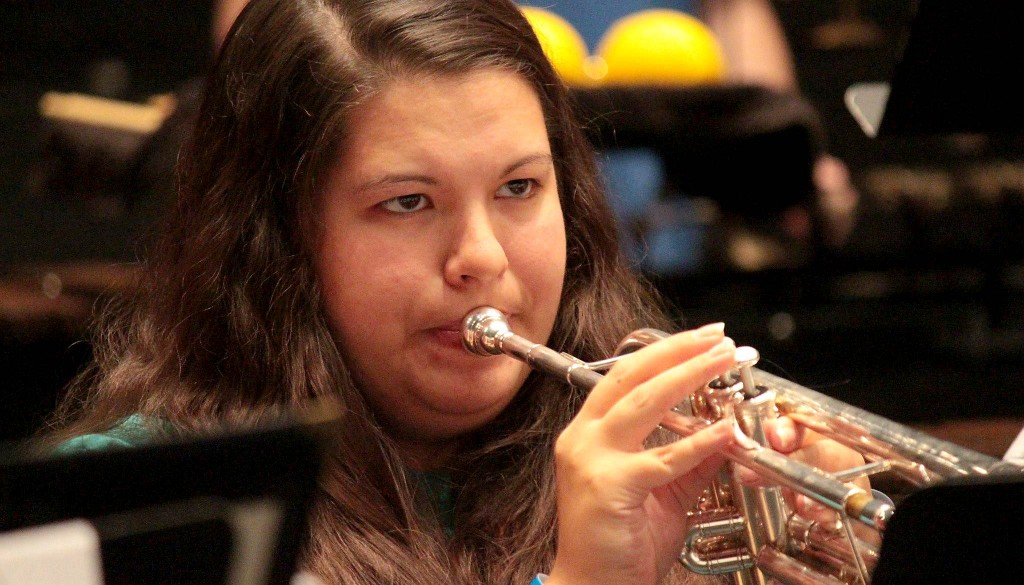 KEARNEY – Morgan Sentelle, a trumpet player at the University of Nebraska at Kearney, was recently selected for the 2015 National Intercollegiate Band.

Sentelle is a music education major from Lexington.

Out of those who auditioned, 86 were selected to be part of the band. To audition, musicians had to submit a digital recording of a performance.

Sentelle rehearsed and performed with the band during the Kappa Kappa Psi/Tau Beta Sigma National Convention in Lexington, Ky., in July. She is a member of Tau Beta Sigma – Theta Mu, UNK’s Tau Beta Sigma Chapter. Sentelle is the first UNK student to make the National Intercollegiate Band since 2011.

“Being a part of a collegiate band made up of some of the best musicians in the country was an experience of a lifetime,” Sentelle said.

The band worked under conductor, Joseph Hermann, professor of music and director of bands at Tennessee Technological University, and Julie Giroux, an Emmy Award winning composer.

“Hundreds of college musicians, undergraduate, masters and doctoral students, auditioned to get in, and I definitely never thought I would be one of them,” Sentelle said. “I cannot even begin to express how thankful I am for the support from the UNK Music Department, my family and friends.”