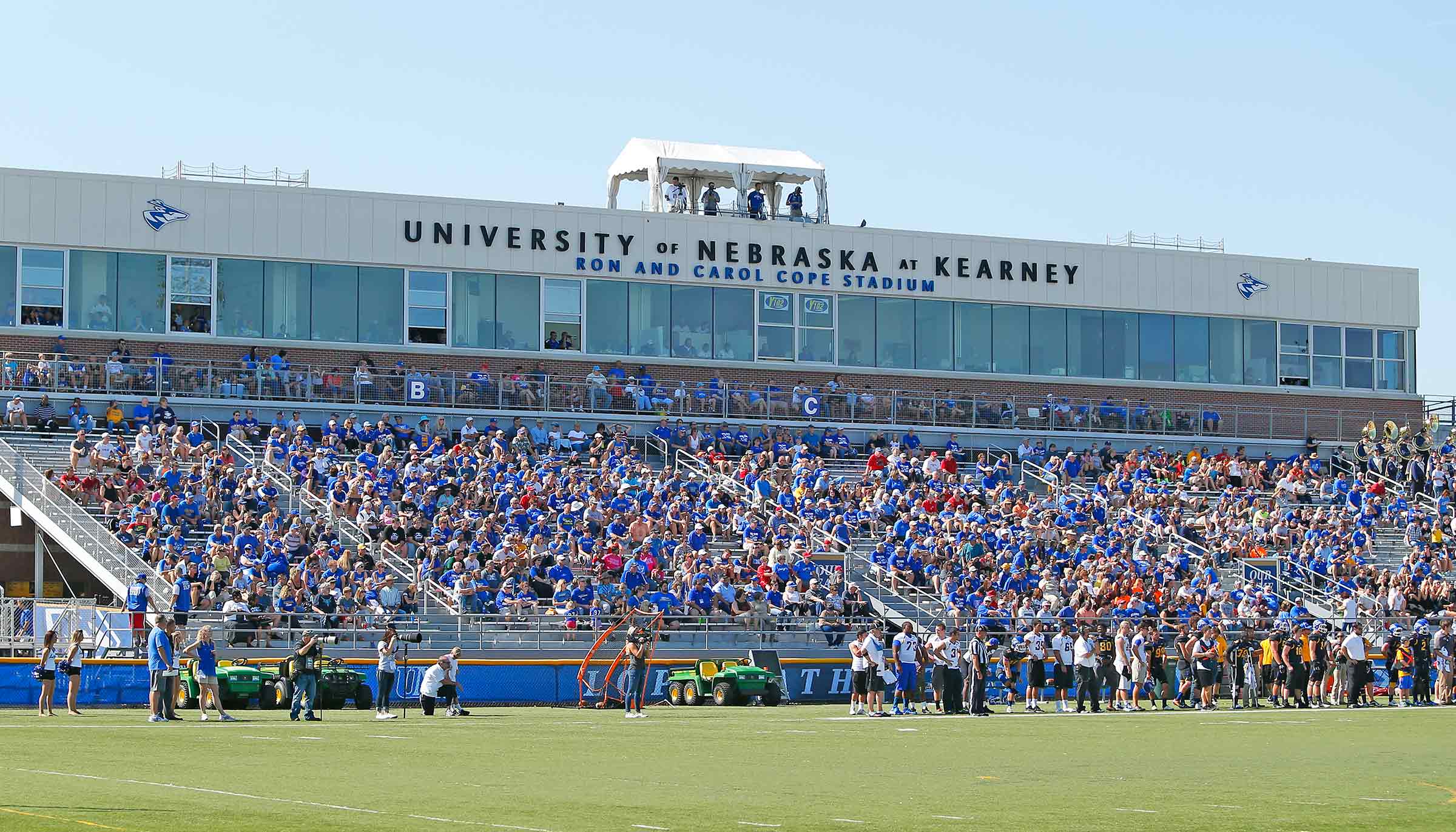 The 2015 season opener – the First National Bank First Game – is expected to draw a crowd large enough to set a new record for Ron and Carol Cope Stadium at Foster Field. In the 2005 opener, 8,823 fans watched UNK face Nebraska-Omaha to set the standard.

With the fall semester underway and night classes in session, parking on campus will be limited for the 7 p.m. kickoff. Fans are encouraged to use free shuttle services that will run from Kearney High School (3610 6th Ave.), West Campus and The Buckle screen printing lot. These shuttles will start to pick up at 4 p.m. and run for one hour after the game ends. See the campus maps (shuttle # 1 & shuttle # 2/parking map) for more details about the route.

Fans are aencouraged to buy their tickets early to avoid long lines the day of the game. Log on to www.lopertickets.com to buy single-game or season tickets. Around 2,500 tickets have already been sold, and the majority of UNK’s 2,000 on-campus students are likely to attend.

This year UNK is offering a separate gate for fans with purses or bags. The Express Zone will be Gate B and the Bag Check line will be Gate C. Both gates are located on the west side of the stadium.? ?Fans are allowed to bring in unopened bottles of water. With temperatures expected to be in the mid-90’s, fans are encouraged to do so.

Next, UNK fans will be allowed to tailgate in “Loperville” beginning at 4 p.m. This expanded area, located in Lot # 12, will again have food and drink provided by The Cellar Bar & Grill, as well as music and a new student tailgate area.

During the game, the south end zone area will be turned into “Loperland,” an area for children to play on inflatables and Jump A Roos.

Fans who can’t attend in person can access live audio, video and stat links on the Loper schedule page.

Northwest is coming off 10-2 season in which it made another appearance in the Division II playoffs. A talented roster features preseason All-Americans Brandon Yost (defensive line) and Bryce Enyard (defensive back).

The Bearcats have made 11 consecutive NCAA Div. II Playoff appearances since 2004 and won four NCAA Div. II national championships since 1998, including the 2013 title.

The Lopers have 19 return starters, including 2014 All-MIAA honorees Romero Cotton (running back) and Tyke Kozeal (linebacker).