The project will transform the 25-year-old University of Nebraska at Kearney sports arena into a modern, fan-friendly venue that rivals the top NCAA Division II basketball and volleyball facilities, said Director of Athletics Paul Plinske.

“We have an ongoing commitment to our student-athletes and fans to take our facilities to another level,” Plinske said. “The current upgrades continue to make us a major player in recruiting, as well as improve the overall fan experience. There’s a lot of excitement in the air.”

The sound of construction is in the air, too.

At the Health and Sports Center, bench-style bleachers in the lower bowl of the arena are being replaced with 1,577 new chair back seats. Upper-level bench seating on the west end of the arena also is planned for replacement.

Future plans include replacing other upper-level seating with new chair back seats, as well as new bleachers in Cushing Coliseum, where indoor track and wrestling meets are hosted.

“Our arena has gone nearly untouched for 25 years, and now we have an opportunity to make it look and feel like a big-time venue,” Plinske said. “There will be a dramatic ‘wow’ factor in this venues aesthetics, but we are also addressing some safety concerns by adding handrails, mid-steps, ample handicap seating and other items which are currently missing.”

Work on the new $700,000 seating project began in May with removal of the bench-style seating, and the project will be finished in mid-August. The new seating will reduce capacity in the Health and Sports Center from 5,800 to approximately 5,100.

“Our season-ticket holders and fans will now experience Division II athletics in a first-class atmosphere. I feel good about where we are at, and the progress we are making,” Plinske said.

Additional work planned for the Health and Sports Center is a $250,000 build out of the main east and west entrances, which will become enclosed, branded spaces. For years, those entrances have been unsightly and unhealthy as UNK struggled to keep birds and pigeons from gathering there.

A complete overhaul of football locker rooms located inside the Health and Sports Center is also being planned, said Plinske. That $250,000 project – which will not occur until after the season – will be similar to renovations made to volleyball and basketball locker rooms a year ago.

The football locker rooms haven’t been upgraded since they were built in 1990, said Plinske.

“We have one major gift already, and we’re asking our alumni to donate $1,000 per locker to have their names put on each locker. We hope our football alumni will feel compelled to leave their legacy with the program,” said Plinske.

In addition to improvements at the Health and Sports Center, work also is occurring at Ron and Carol Cope Stadium at Foster Field. A large retaining wall, new sidewalk and landscaping are being installed at the north end of the stadium to address erosion issues that forced the removal of numerous trees last year.

“It will beautify the area, but it also is providing us with a safer and more secure venue,” Plinske said of the $215,000 project.

The north scoreboard also has been removed from the area and won’t be replaced, as an increased emphasis is being placed on the large scoreboard on the field’s south end.

Plinske said a state-of-the art video board and scoreboard is being considered for the future, although that is not on the list of current improvements.

“Video boards are becoming more commonplace and are in our future. The majority of schools in the MIAA have state-of-the art replay boards, and it’s our intent to do the same at Cope Stadium. It opens the door for video replay capability that will excite and engage our fans, and advertising that will generate revenue,” said Plinske.

Combined, current renovation work has a price tag of about $1.5 million, with funding coming from multiple sources that include university, corporate and private support.

“We are trying hard to be as frugal and efficient as possible,” Plinske said. “While we want our facilities to create a ‘wow’ factor and assist us in the recruitment of high-quality students, we are also conscious of the safety, security and comfort of our fans. The age of our facilities also has dictated many of these much-needed improvements.”

The current upgrades are an extension of numerous facility improvements, building renovations and equipment upgrades that occurred over the past two years.

That work – with an initial investment of about $450,000 – included remodeled volleyball and basketball locker rooms at the Health and Sports Center; renovated offices, meeting rooms and equipment room; new portable baskets and sideline chairs; and updated graphics, logos, banners and photos throughout the building.

At Memorial Field, home to the Loper baseball team, renovations were completed last year to the locker room, weight room and team meeting space. Foster Field also got some attention last year, as goal posts and bleachers were painted, and new banners installed to surround the entire stadium. 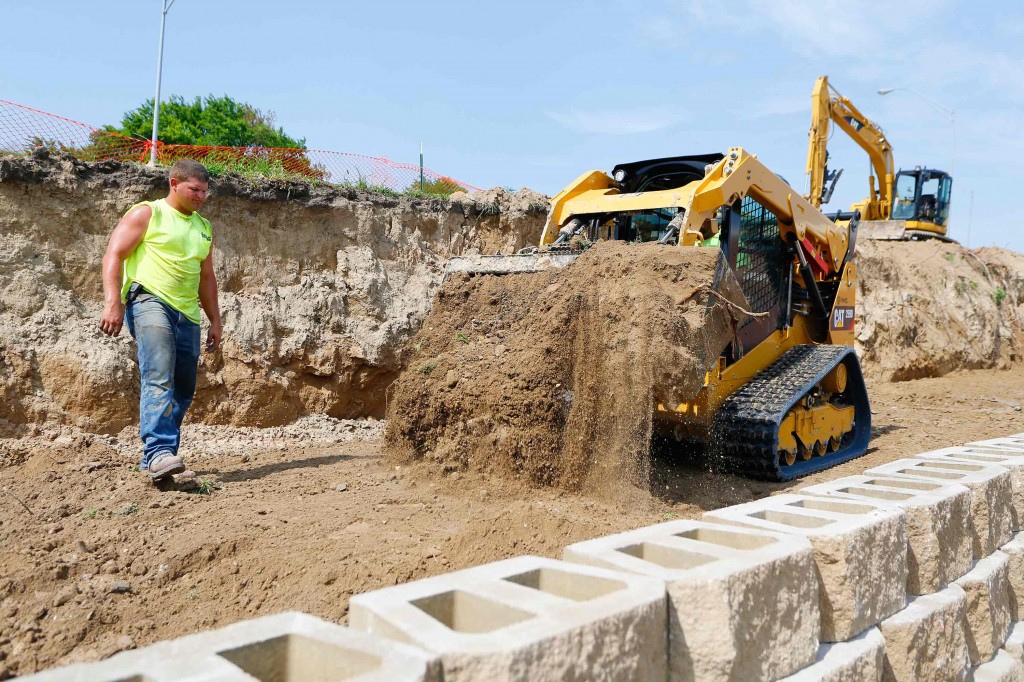