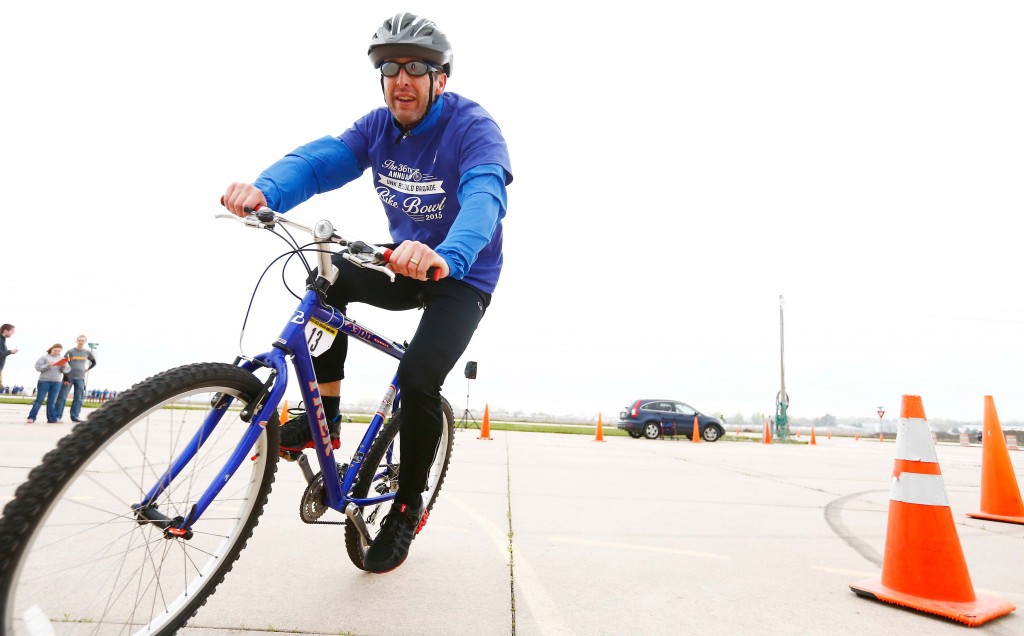 In its 36th year, the Bike Bowl included teams consisting of six people – four racers and two pit crew – that made their way around a 25-mile course.

The first Bike Bowl was hosted at Kearney State College in 1967. It ran for 34 years until the last ride in 2000. Following the 13-year absence, UNK brought the event back last year.