KEARNEY – A new classroom and laboratory will create a better learning environment for students studying athletic training at the University of Nebraska at Kearney.

The recently renovated athletic training space features a classroom and lab with therapy tables, therapy and rehabilitation equipment, taping tables, a treadmill, stationary bike, therapy whirlpools and ice machine. A student lounge/study area has also been added to the area. 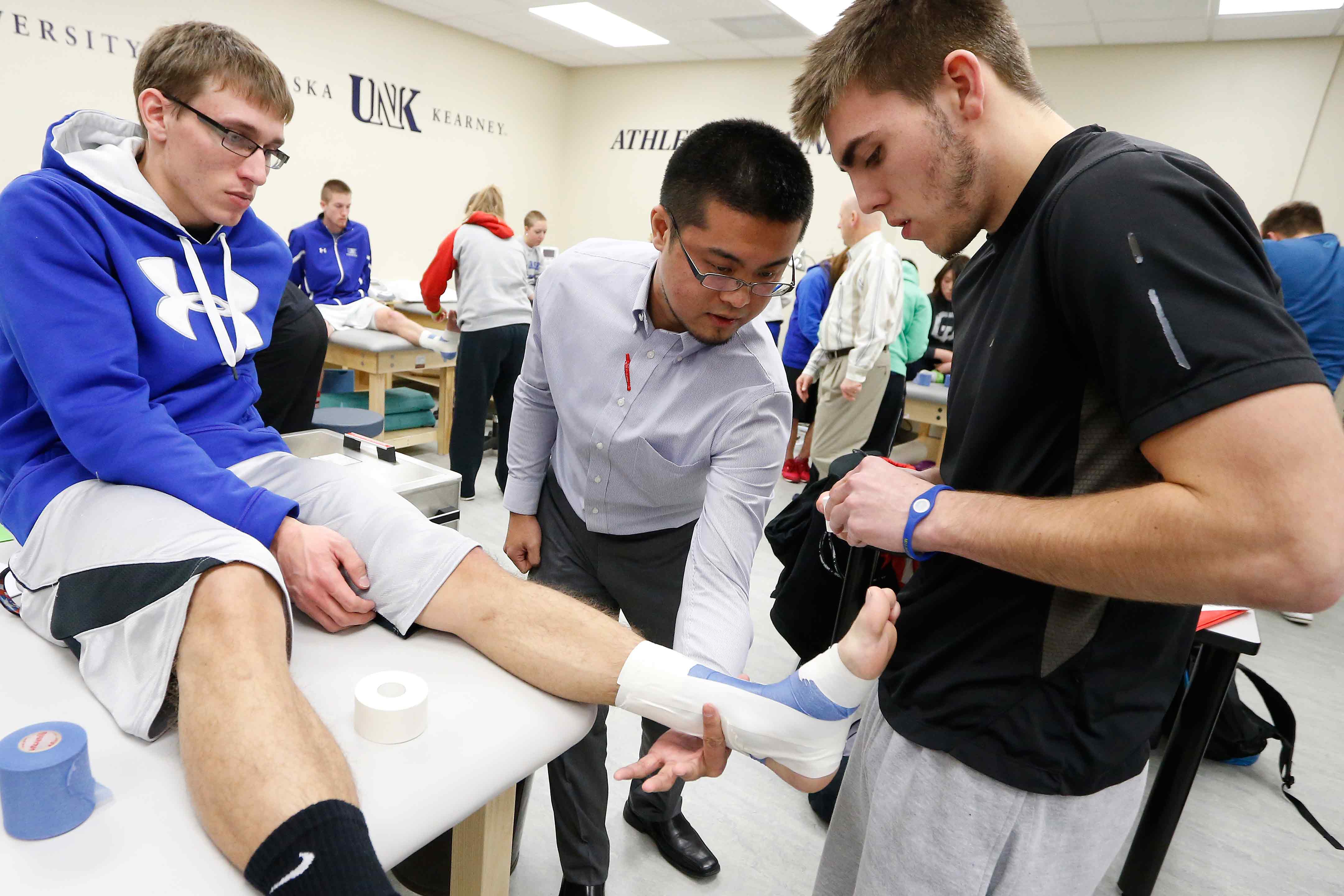 “It creates a better learning environment for students,” said Scott Unruh, professor of kinesiology and sport sciences. “That’s what it’s about.”

The athletic training area is located in the former Human Performance Lab, now called the Physical Activity and Wellness Lab, which moved to the new Wellness Center that opened in August.

Between 65-70 UNK students declare athletic training as their major each year, and 30-35 students are accepted into the competitive entry program at the end of their freshman year.

The building, which houses a meeting room and athletic training area, is used by athletes during football season. But kinesiology and sport sciences classes such  as biomechanics and exercise physiology are also taught there.

Unruh said the end zone athletic training room wasn’t functional for teaching because of the separate meeting room and lab, and classes had to be planned around the football schedule.

“Everything that we do – from a lecture to a lab to a clinical practice – everything is in one space now,” Unruh said.

The new classroom and lab, which is on the south side of Cushing Coliseum, will also function as an athletic training room for indoor track meets and intramural activities.

“We wanted to create a space to do clinical-based learning,” Unruh said.

Construction and renovation of the new space began in the fall of 2014 after the new Wellness Center was completed. The athletic training classroom opened in January 2015. 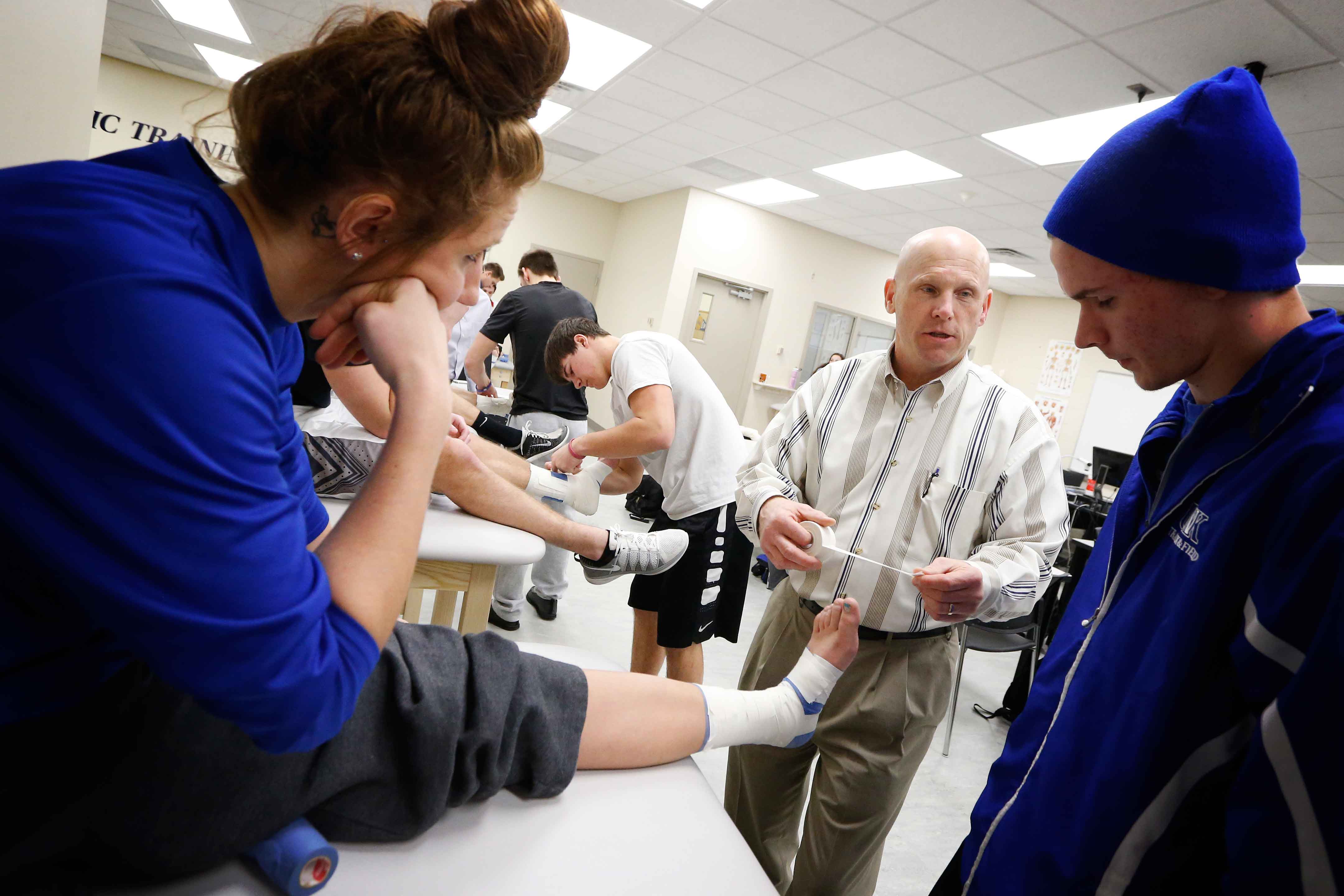 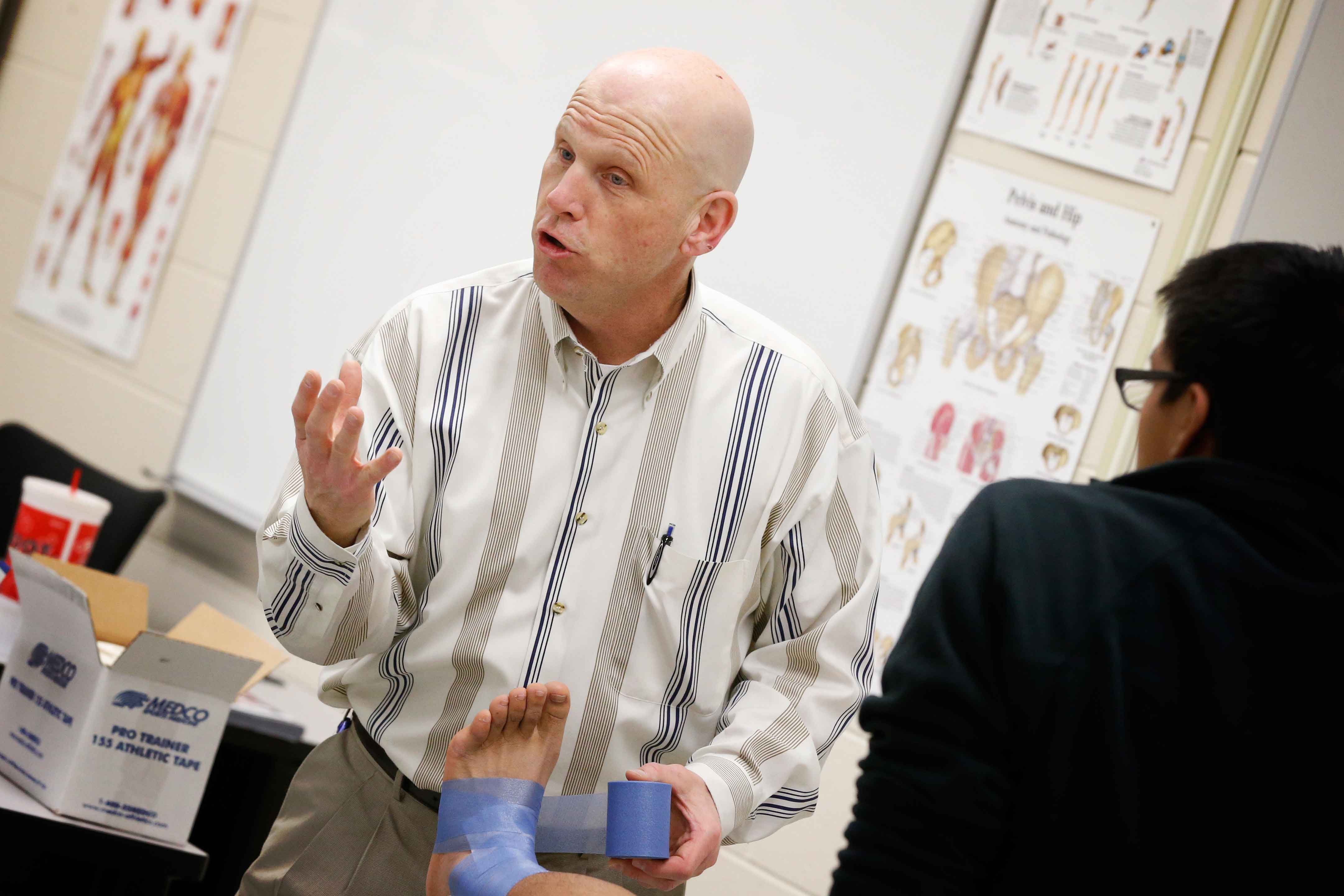 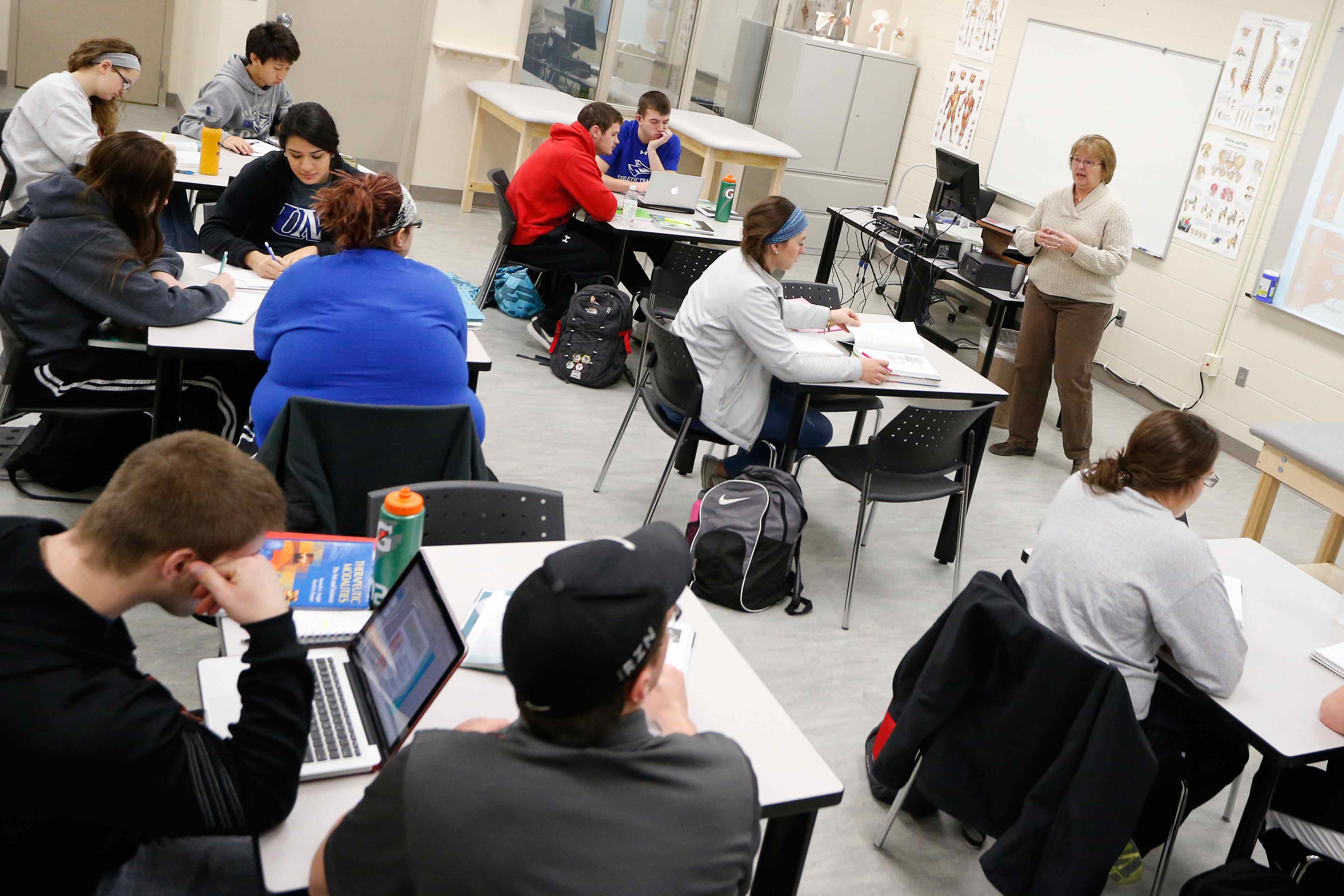