The Golden Dragon Acrobats will present “Cirque Ziva” at 4 p.m. Feb. 7 at the Buffalo County Fairgrounds.

The show is organized, hosted and sponsored by the University of Nebraska at Kearney’s Loper Programming and Activities Council.

Tickets are free for UNK students with ID and $12 for the public. All tickets are general admission and on sale now at http://www.unk.edu/cirque or by calling 308.865.8523.

Golden Dragon Acrobats have toured the United States since 1978 and remain the only Chinese acrobatic company performing year-round in the United States, presenting more than 200 performances annually.

The Golden Dragon Acrobats include athletes, actors and artists who have studied and trained for their craft since early childhood. In 2005, their Broadway debut and seven-week run at the New Victory Theater earned two prestigious New York Drama Desk Awards nominations for Best Choreography and Most Unique Theatrical Experience. 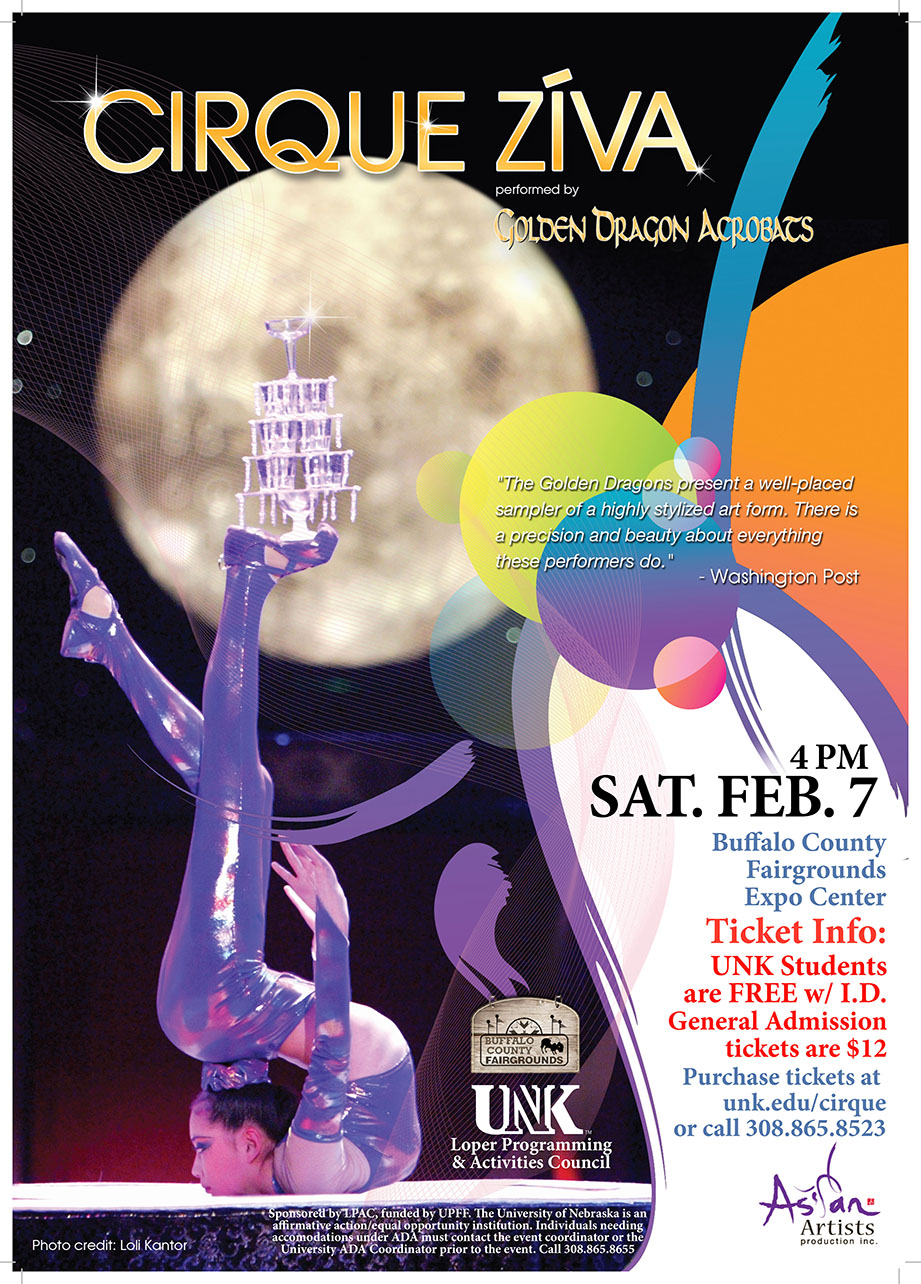