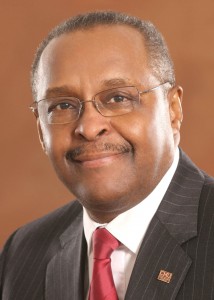 Ross will appear at 4 p.m. Tuesday at a campus forum in the Nebraskan Student Union Ponderosa Room E. He will be available to meet with media at 5 p.m. on the second floor of the Student Union.

Ross’ visit to Nebraska this week will include stops at each NU campus, where he will participate in forums open to all university faculty, staff, students and members of the news media and public; an interview with the full Board of Regents that will be open to the public; and meetings with other key university constituents.

Ross will be joined on his visit by his wife, Elizabeth.

Members of the media, university community and all Nebraskans are invited to interact with Ross and hear about his vision for the university. Following the visit, the Board of Regents invites Nebraskans to submit their feedback via an online form that will be available at www.nebraska.edu/presidentsearch.

Ross became the 14th president of Central Michigan University in 2010. His leadership of one of the nation’s 100 largest public universities follows 24 years of higher education leadership and management experience.

Ross previously served as president of Alcorn State University, the nation’s first public historically black land-grant university. He also has held senior positions at Clark Atlanta University, the University of Tennessee at Chattanooga and Tuskegee University. He remains engaged in student teaching and learning, having held professor ranks at both the undergraduate and graduate levels.

Ross has presented seminars, workshops and lectures in the areas of higher education leadership, budget, finance and administration to a number of universities and national organizations, including the Association of Public and Land-Grant Universities and the American Association of State Colleges and Universities. He also has served on a number of local, statewide and regional planning and economic development boards, countrywide strategic planning committees, neighborhood development organizations and chambers of commerce.