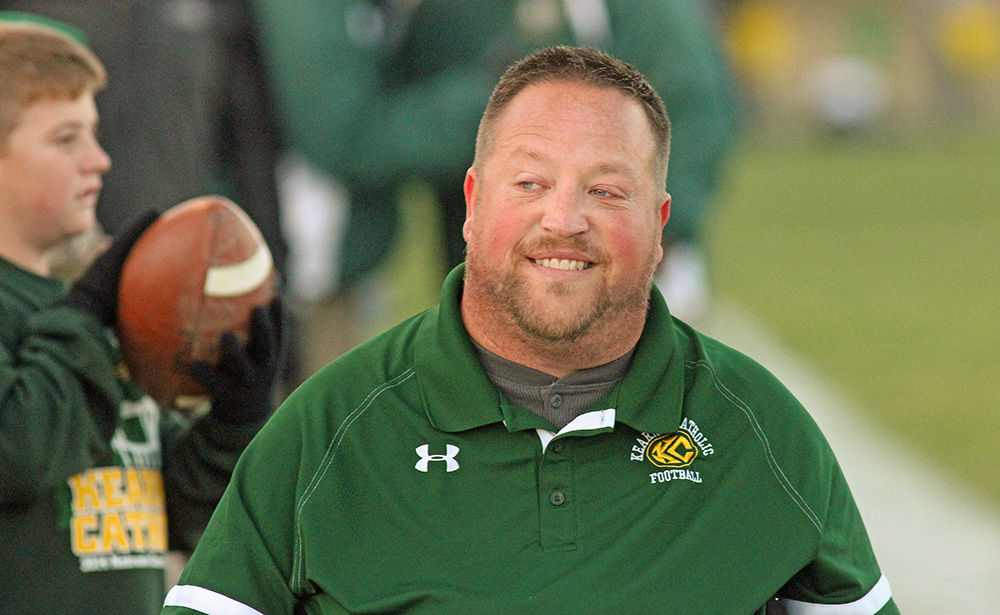 KEARNEY – Matt Johnson knew he had two options after a three-wheeler accident left him facing the rest of his life in a wheelchair. He could make the best of his situation or he could feel sorry for himself.

The second wasn’t even an option for Johnson.

Johnson, a University of Nebraska at Kearney alumnus, will share his story during Disability Awareness Week at 7 p.m. Wednesday (Nov. 19) in the Ponderosa Room at the Nebraskan Student Union. 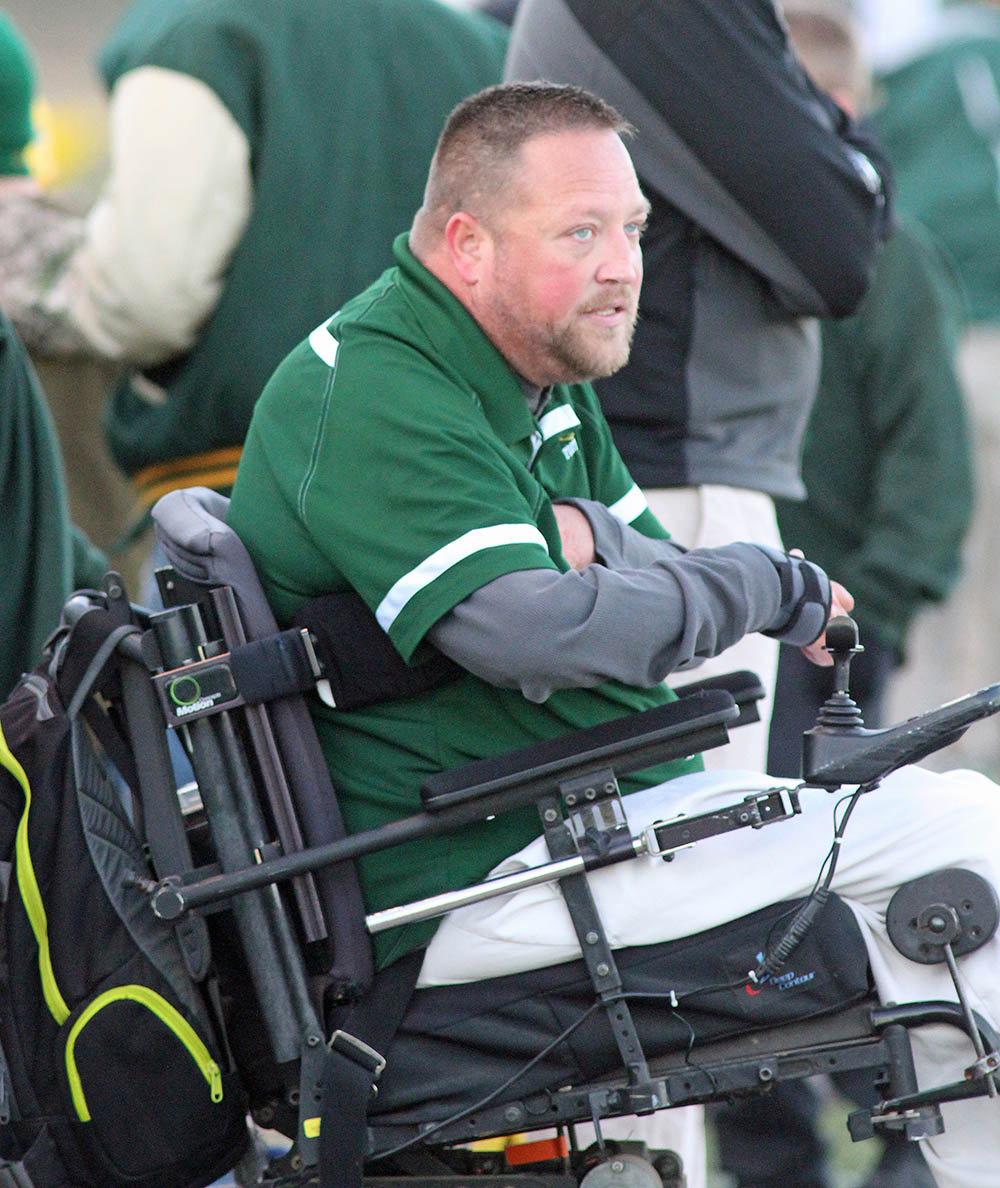 “It’s going to be really fun. Student Support Services had a lot to do with my success in accomplishing my goals at UNK. Being able to talk at Disability Awareness Week is a great opportunity not only for me to share my experiences, but to help open other people’s eyes to what the stereotypes are,” Johnson said.

Johnson, 40, grew up south of Oconto on a farm and ranch, and graduated from Callaway High School in 1992.

After graduation, Johnson attended UNK and studied elementary education. Each summer, he returned home to work on the farm.

He and his dad were driving their ATVs back home on a gravel road after checking on cattle.

“As we were driving side by side down the gravel road, the dust was getting in my eyes. I had a hold of the one handlebar and was pulling down my cap to keep the rocks out of my face, my right tire got caught in the loose gravel and pulled me into the ditch,” Johnson said.

Johnson was ejected from his three-wheeler and flew through a barbed wire fence. He blacked out and doesn’t remember the accident.

His dad had driven ahead and realized his son wasn’t behind him when he reached the house. He sped back down the gravel road, saw the accident and called 911. Johnson was taken to Callaway District Hospital where he and his family found out that he had broken multiple vertebrae.

He was flown to CHI Health Good Samaritan in Kearney, where he stayed for seven days. He then spent five months at Craig Hospital, a rehabilitation hospital in Denver.

It was there that Johnson realized a positive attitude was an important part of his rehabilitation. Staff from the hospital took him hunting and fishing, to the 16th Street Mall, to a Denver Broncos game and to a Colorado Rockies game. “They try to show you that you can still do everything that you did before the accident,” he said.

After rehab, Johnson moved in with his parents. He eventually began helping the physical education teachers and basketball and football coaches at Callaway High School.

He soon decided to return to UNK. He worked for KLPR radio on campus doing sports play by play and hosting a sports talk show. In 2002, he graduated with a degree in sports communication. 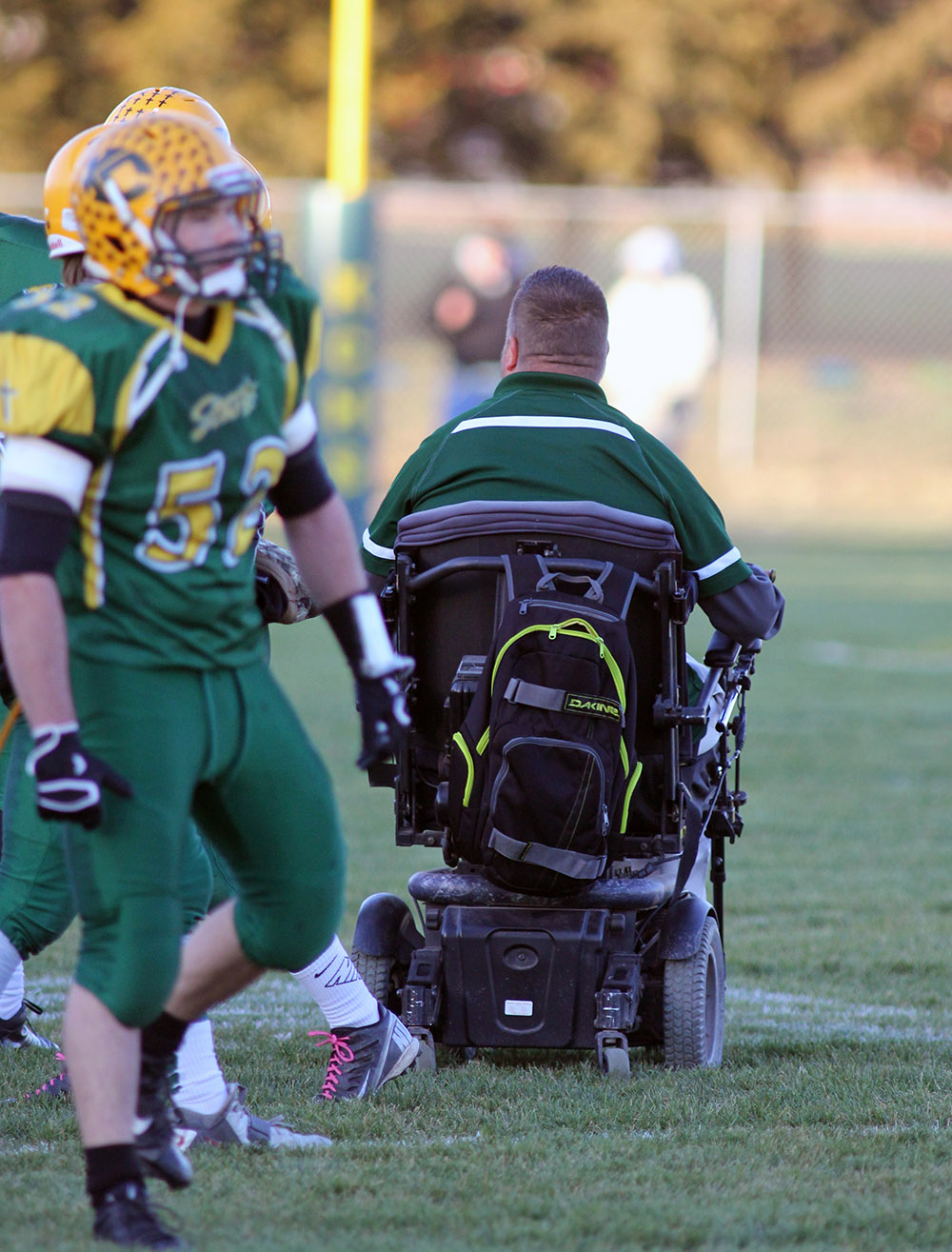 His job search was a challenge. He wanted to stay close to home and find a job that wouldn’t require a lot of traveling. “I realized that I wanted to go back to what I started with – and that was education,” he said.

Soon after, he stopped by Kearney Catholic High School, where he had completed his student teaching, and asked if the football team could use a volunteer coach. He started right away.

“I like seeing how I can help the kids evolve and grow into better athletes,” Johnson said.

He also began working as a substitute teacher for Kearney Public Schools and KCHS. Johnson has coached football, basketball and track for KCHS the past four years.

He also leads Coach J’s Speed, Agility and Quickness Camp for two weeks during the summer for girls and boys in sixth through 12th grade.

“We live outside the box by using our abilities. It’s not that I have a disability, I have a different ability,” he said.

Disability Awareness Week is sponsored by Collegians for Integration and Accessibility and the Academic Success Offices.

One thought on “Disability Awareness Week: Matt Johnson lives outside the box to create success, happiness”