The Nebraska-Kearney Athletic Department announced today the creation of the Joan Bailey Award. 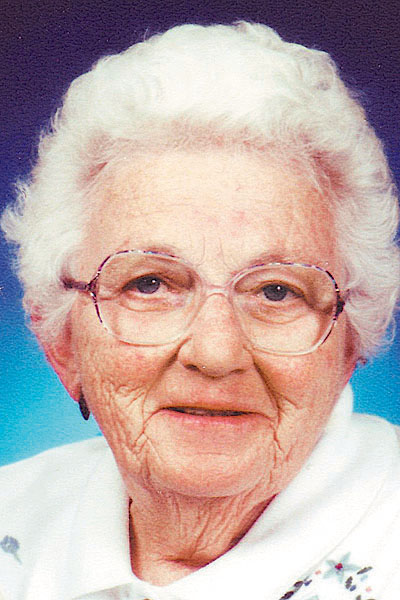 The award, which will be given out annually, is for the advancement of women’s intercollegiate athletics at UNK.

In between the second and third sets of Saturday’s volleyball match against 21st-ranked Central Missouri, Joan’s sisters – Theresa and Marilyn – will be on hand to celebrate the creation of the award.

“During my first year on campus, it was very apparent that we had a strong tradition of athletic success through the efforts of numerous administrators and coaches,” said UNK Athletics Director Dr. Paul Plinske. “I kept asking myself; however, where is the presence of advocates for women’s athletics? Where are our leaders of women’s sports?’

“I realized that we have had some outstanding coaches of female sports over the years, but they just didn’t get the recognition they deserve. The name ‘Joan Bailey’ continued to resonate as a pioneer of women’s athletics, so it’s fitting that we honor her for all she did for Loper female student-athletes.”

Bailey (1928-2010) is considered one of the pioneers of women’s athletics at Kearney State College/UNK.

The Emporia State and New York University graduate came to Kearney in 1963 to serve as an assistant swimming coach for the Loper men’s and women’s teams.  At that time, swimming was the only intercollegiate sport offered to KSC women.

In 1964, she became head coach of the women’s squad, a position she held for 34 years.  During her time, the Aqualopers became a national power, helping her be named the 1989 NAIA Coach of the Year.

Inducted into the UNK Athletic Hall of Fame in 2003, Bailey also served as head softball coach and worked with several other women’s teams as these programs began competing in the late 1960s and early 1970s.

“This past spring, in consultation with our Faculty Athletic Committee, we developed the Joan Bailey Award for the Advancement of Women’s Athletics. We will initially recognize Joan’s family, but will honor other distinguished leaders of women’s athletics at future dates,” said Plinske.

A permanent plaque listing all of the winners will be displayed in the Health & Sports Center.

“I’m excited to have the Bailey family in town this weekend. Joan left her mark. I also look forward to continuing on her legacy by recognizing the contributions of many other great leaders who have helped advanced women’s athletics at UNK.”