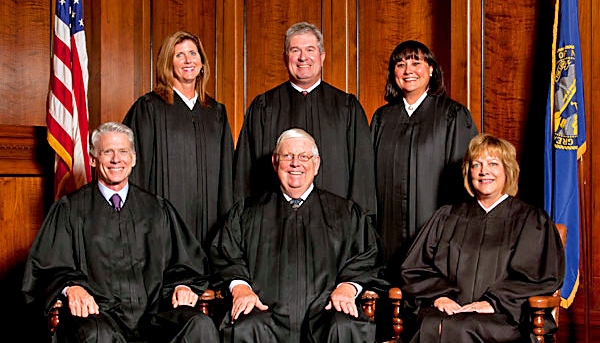 KEARNEY – The Nebraska Court of Appeals will be in session at the University of Nebraska at Kearney on Nov. 12.

This event marks the first time that all three female judges of the Court of Appeals will sit together on a panel. Judges Frankie Moore, Francie Riedmann and Riko Bishop will hold session and oral arguments at 1:30 p.m. at the Fine Arts Building Recital Hall on the UNK campus, 2506 12th Ave.

“Our judges are very pleased to have received an invitation from Chancellor Doug Kristensen to sit on the college campus,” said Chief Judge Moore. “We look forward to having both high school and college-age students in the audience.”

The Court of Appeals will hear several cases during the afternoon, followed by an open question and answer session with the judges. Students will be given detailed case descriptions of each case in order to help them follow the legal arguments.

UNK students, along with government classes from area high schools, are invited to attend. Reporters, including student journalists, are also encouraged to attend.

UNK Admissions has invited area high schools to participate in a seminar, tours and lunch prior to the court session, with a mini-lecture led by Diane Duffin, chair of political science; and Julie Campbell, chair of criminal justice. Their lecture topic, “Courts and the Administration of Justice,” will precede a discussion of the cases before the court on Nov. 12.

Security will be high in the Fine Arts Building during Nov. 12 and access to some areas or activities may be restricted briefly.

This college campus initiative, designed by Court of Appeals judges, is intended to provide Nebraskans the opportunity to learn about the judicial branch, specifically the workings of the appellate level system. The Court has previously hosted arguments at Peru State College and Nebraska Wesleyan University.

To make arrangements for students to observe Court of Appeals oral arguments on Nov. 12, contact Kelly Bartling at bartlingkh@unk.edu

For information on audio recording of oral argument sessions at UNK, or about the Court of Appeals traveling oral arguments, email Janet Bancroft at janet.bancroft@nebraska.gov

Information about the Nebraska Judicial Branch, a link to the Court of Appeals and summaries for cases to be heard at UNK on Nov. 12 are available at https://supremecourt.nebraska.gov