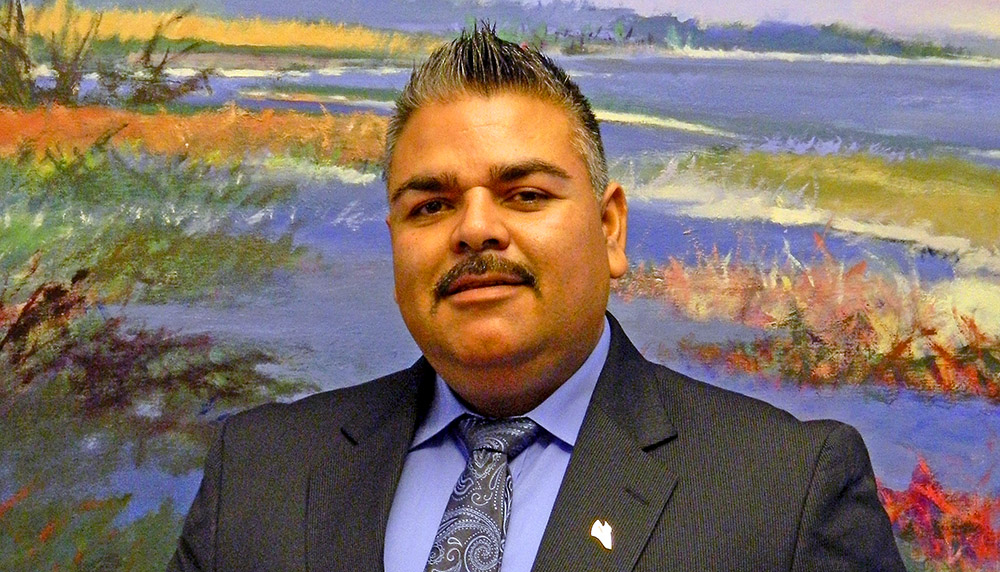 KUDOS awards recognize university staff for their professional expertise, service and “superior dedication” to UNK and the University of Nebraska.

Born in Mexico, Guzman came to the United States at age 14, graduated from Grand Island Senior High School in 1993 as one of just three English as Second Language students, and went on to earn his bachelor’s and master’s degrees at UNK.

Guzman was recognized for his passion in recruiting and mentoring students, and helping them achieve their dreams of obtaining a college education.

Hispanic student enrollment at UNK has doubled in the past five years, and Guzman’s “honest, congenial personality played major roles in this impressive increase,” read his nomination form.

Guzman has also established important outreach events such as the Multicultural Scholars and Leaders Day that emphasizes scholarship and financial aid, selecting a major and campus engagement.

He also coordinates the Nebraska Multicultural Unity Conference hosted in Kearney, an event that draws more than 400 high school students from across the state. It is designed to inform students and inspire them to commit to the goal of completing a college degree.

“Juan’s efforts have been genuinely transformative in the lives of students of all backgrounds,” said Senior Vice Chancellor for Academic and Student Affairs Charles Bicak. “He has been highly successful because he has that rare combination of innate intelligence, high work ethic and personable nature – a true ‘trifecta’ for success.”

Guzman was recognized and given his KUDOS award at the Board of Regents meeting in Lincoln.