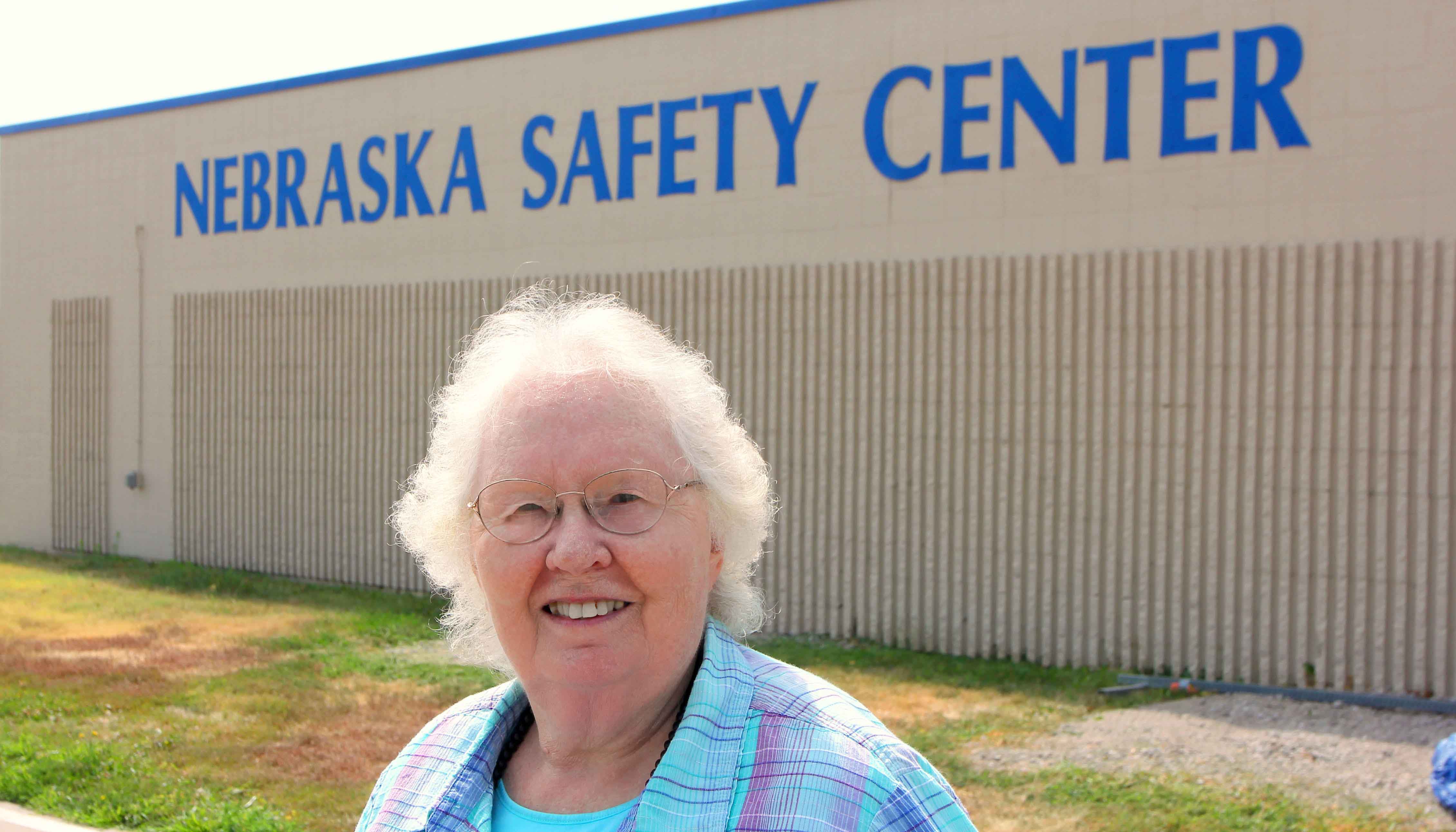 KEARNEY – Meredith Keep knows what the aftermath of a traffic accident can be.

After working 33 years as a nurse at Kearney’s Good Samaritan Hospital, including 20 in the recovery room, the retired Elm Creek native regularly saw accident victims come in and out of the hospital.

“You would hear of so many traffic deaths,” Keep said. “They weren’t wearing seat belts.”

Accident survivors, she said, came in with bruises – a sign that they had been wearing a seatbelt. She would lean over them and say “Thank You for wearing your seatbelt.”

After retiring, Keep took a clerical job at the University of Nebraska at Kearney’s Nebraska Safety Center, where she continued to hear about young people involved in traffic accidents.

“We’ve had a number of accidents (involving) kids who have taken a driver’s education class,” Keep said. “But miracles of miracles, they had their seat belts on. There have even been rollovers, and they all survived.”

While working at the Safety Center, Keep saw that most students were eager to enroll in driver’s education classes. However, the 5 cost was an issue for some.

“We had some who were really struggling,” Keep said. Especially those “with only one parent in the family. We had grandmothers who saw the need and offered to pay, and the mother was reluctant to have it.”

Recognizing the financial need, Keep and her friends in the United Methodist Women group at United Methodist Church in Elm Creek decided to host a bake sale in 2009 to raise money for Elm Creek students taking driver’s education at the Safety Center.

The idea gained momentum after the church’s Rhonda Knapp gave a lesson and asked how members could help the Elm Creek school.

Hosted in conjunction with the December craft fair at the Elm Creek Village Hall, the first bake sale brought in ,375, which gave 11 students 5 each to help with their expenses. In spring 2011, Keep and the United Methodist Women added a baked potato bar and ice cream social to increase their fundraising effort.

The group has raised ,603 over six years, including a record ,331 in 2014. Fifty-nine Elm Creek students have received financial help.

Money is distributed evenly among students, who must complete and pass the driver’s education class. All students are eligible, said Keep.

“Some places go by need. We didn’t want to look at everybody’s income tax returns because that’s not our business,” Keep said. “When you’re working with friends, you don’t want to do that.”

Of the nearly 50 schools the Nebraska Safety Center partners with, Transportation Safety Manager Brandon Benitz said Elm Creek is the only community that hosts a fundraiser to assist its students.

“It is absolutely incredible what the community of Elm Creek does to support their students,” Benitiz said. “It’s a great opportunity for students to be able to take driver’s education, especially for those who can’t afford it. To be able to offset that cost is tremendous for the students.”