KEARNEY – A Sept. 15 talk at the University of Nebraska at Kearney will explore alternatives to the use of prescription psychiatric drugs. 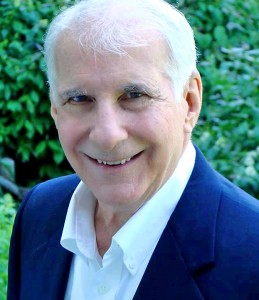 Peter Breggin, a Harvard University-trained psychiatrist, will present “Biological Psychiatry vs. Empathy and Human Connection: How Psychiatric Drugs Do More Harm Than Good” at 7 p.m. Sept. 15 in the Nebraskan Student Union Ponderosa Room.

Breggin is a former consultant at the National Institute of Mental Health. He has been called “The Conscience of Psychiatry” for his many decades of efforts to reform the mental health field.

His work provides the foundation for modern criticism of psychiatric diagnoses and drugs, and it leads the way in promoting more caring and effective therapies. Breggin has appeared on Oprah, 60 Minutes, Good Morning America, the O’Reilly Factor, Fox News and more.

His earliest reform efforts in the 1970s brought a stop to lobotomy in the Western World, and in the 1990s prevented a eugenic federal project aimed at inner city children. His research and educational projects have brought about recent changes in the FDA-approved labels for dozens of psychiatric drugs.

Breggin has authored dozens of scientific articles and more than 20 books, including “Toxic Psychiatry,” “Talking Back to Prozac” and “Medication Madness: The Role of Psychiatric Drugs in Cases of Violence, Suicide and Crime and Psychiatric Drug Withdrawal.”

Stolzer said she invited Breggin to UNK because her field of research focuses on mental health issues in children and the effects of psychiatric drugs.

“Peter Breggin has been the leader in this area since the early 1970s,” she said.

Breggin’s presentation will include a question and answer session.