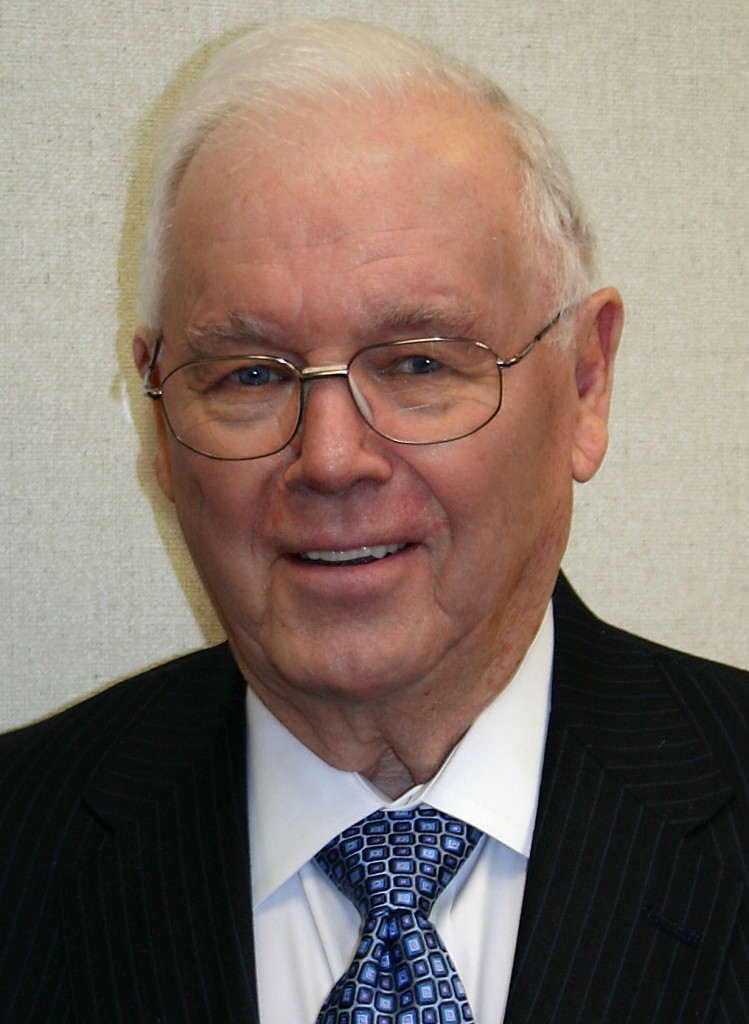 KEARNEY – Longtime Kearney banker Wayne McKinney was named the College of Business and Technology 2014 Distinguished Alumnus on Thursday at the University of Nebraska at Kearney.

McKinney spoke to graduating honor students in the College of Business and Technology as part of the presentation.

McKinney spent more than 60 years with Platte Valley State Bank and Trust Co., a company founded in 1944 that grew into one of the top banking and financial services companies in Nebraska and became part of First National Bank of Nebraska.

He was instrumental in leading the company through decades of growth and innovation focused on investing in the people and capital of central Nebraska.

McKinney graduated from Nebraska State Teachers College in 1948 with a Bachelor of Science degree in business and later earned a master of business administration from the University of Denver.

After joining Platte Valley State Bank as a backroom clerk in 1951, he proceeded to learn the industry, advancing from assistant cashier, vice president and senior vice president to chairman of the board and chief executive officer.

In addition to his achievements in business, Wayne and his wife, Virginia, created a lasting legacy of service to the region through countless leadership positions in civic and nonprofit organizations.