KEARNEY – Hayden McKelvey, a junior industrial distribution major at the University of Nebraska at Kearney, received the 2014-15 Gary L. Buffington Memorial Scholarship. The award is for $10,000. 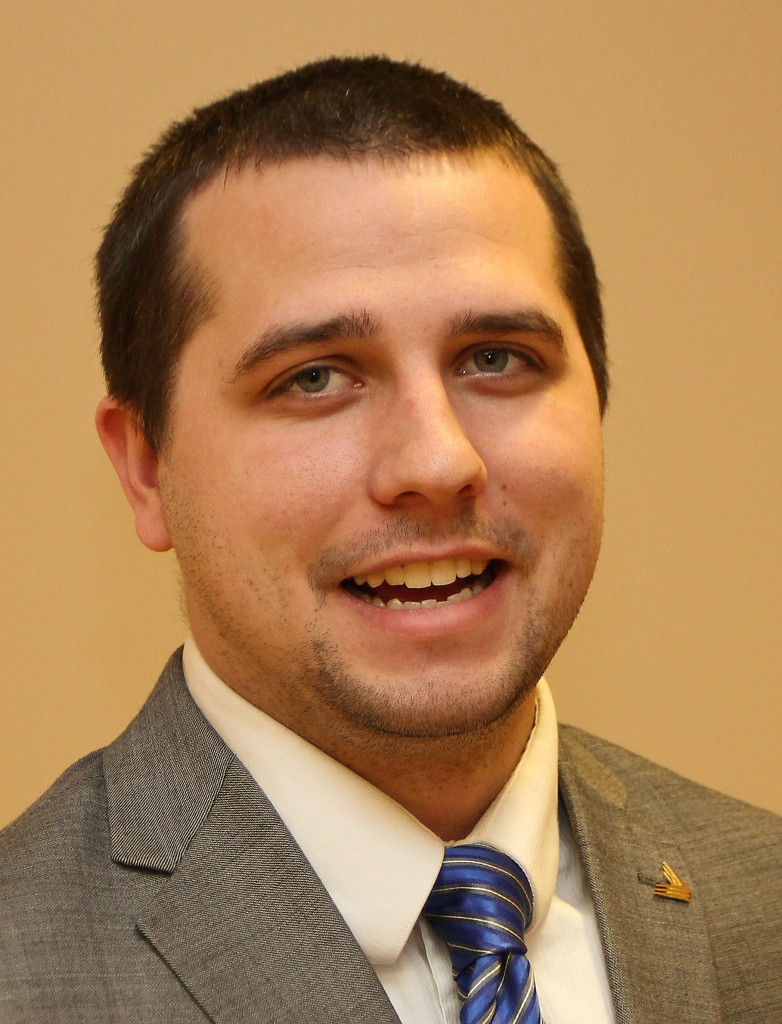 McKelvey is president of the Industrial Distribution Organization, the largest student organization on campus. He also serves as the student body vice president.

“Since he arrived on campus, Hayden has been involved not only on campus but in the Kearney community,” said Scott Jochum, professor and director of student and industry relations for the Industrial Distribution program.

McKelvey has had three officer positions in the Sigma Phi Epsilon fraternity and is currently a judicial board member. He is also vice president of UNK Cornerstone, a group that brings Kearney community business leaders to campus to discuss better business practices.

In the summer of 2013, McKelvey completed an internship program at Eaton Corp.’s electrical sector in Minneapolis, where he worked with distributors, constructed forecasts, wrote quotes and placed orders.

“During my time with Eaton I experienced firsthand the importance of having strong leadership in all levels of the organization,” McKelvey said. “The projects that I was assigned to required me to effectively communicate with area management, district management, pricing managers and data analysts from all over the district. I have learned that effective leadership and strong communication are critical to the success of any organization.”

McKelvey is the fourth student from UNK to receive the Gary L. Buffington Memorial Scholarship in the 11 years since the scholarship was introduced.

The scholarship was created in 2003 as a memorial to former I.D.A. Executive Vice President Gary Buffington. It is awarded each year to a rising senior in a qualified undergraduate industrial distribution program. The ISA Educational Foundation selection committee evaluates candidates from colleges with programs in industrial distribution.

The ISA Educational Foundation will award the $10,000 scholarship during the opening session of the 2014 ISA Convention on May 17 in New Orleans.