When: 10 a.m., Friday, May 9
Where: UNK Health and Sports Center, 24th Street and 15th Avenue, Kearney
Social Media: Follow @UNKearney and #lopergrad on Twitter to see photos and posts from 2014 graduates, their friends and families
Live Broadcast: Watch Commencement live and join in the #lopergrad conversation at http://unk.edu/eventdashboard

KEARNEY – Just over 700 graduate and undergraduate degrees will be conferred at the University of Nebraska at Kearney commencement exercises at 10 a.m. May 9. 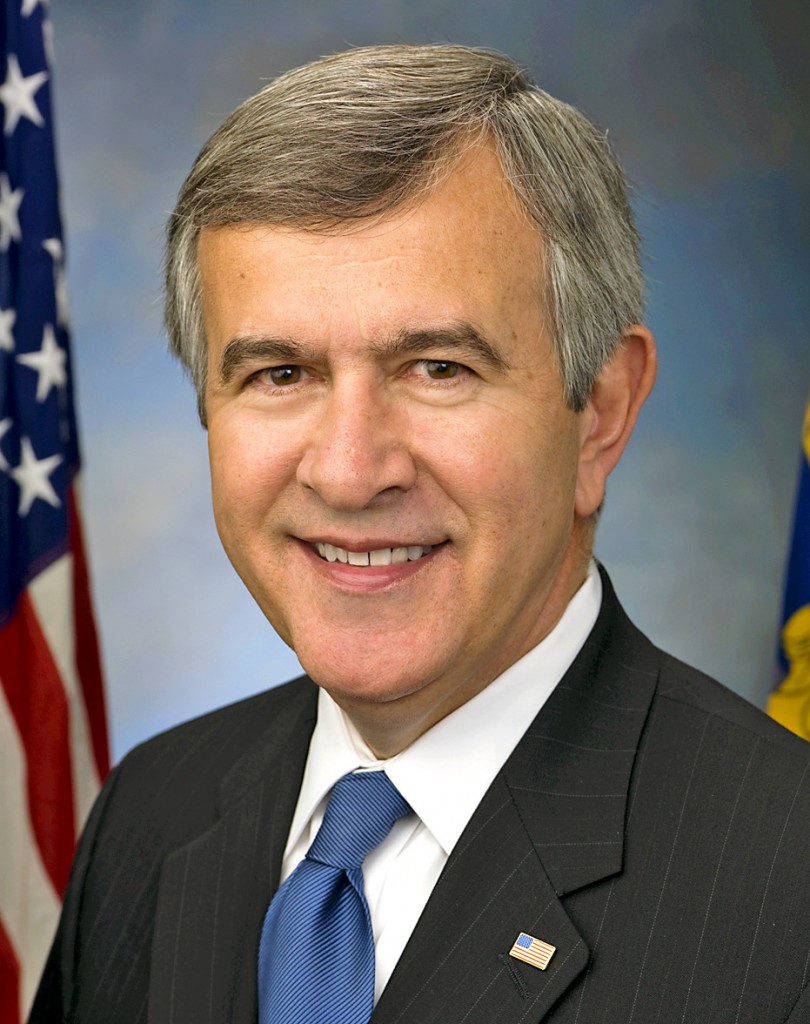 The University Wind Ensemble, directed by Duane Bierman, UNK Director of Bands, will provide the processional, “Konigmarsch,” by Richard Strauss; and “Pomp and Circumstance” by Edward Elgar. The National Anthem will be performed by trombonist Jonathan Hunzeker of Minden.

Michael Christen will give the senior class reflection. A math major from Anselmo, Christen is a leader in the Blue Gold BriGade, is a student ambassador, a member of Mortar Board, and a recipient of the 2014 Outstanding Organization Leader award. Jordan Bloesser, a business administration major from Colorado Springs, Colo., is the honored speaker at the pre-commencement Honors Convocation. A student-athlete in cross country and track and field, Bloesser’s honors include Mortar Board, membership in Phi Eta Sigma and Fellowship of Christian Athletes.

A public servant for more than 30 years, Johanns was sworn in as U.S. Senator for Nebraska in January 2009. Before being elected to the Senate, Johanns was appointed the 28th Secretary of the U.S. Department of Agriculture in January 2005. For nearly three years he worked to expand foreign market access for U.S. producers, promoted the growth of the renewable fuels industry and advanced cooperative conservation. Additionally, Johanns developed an in-depth farm bill proposal, which became the foundation for improvements and reforms adopted in the final 2008 farm bill.

Johanns also served as Nebraska’s 38th governor from 1999 to 2005. As governor, he promoted an agenda of tax relief, less government, building the economy, protecting families, and ensuring the health, safety, and success of Nebraska’s children. Johanns served on the Lancaster County Board from 1983 to 1987, and on the Lincoln City Council from 1989 to 1991. He was elected mayor of Lincoln in 1991 and was reelected in 1995 without opposition.

He grew up on a farm where he learned a work ethic that has been put to use serving the people of Nebraska and this country. The values he developed while growing up serve as the foundation for his commitment to public service. Johanns is a graduate of St. Mary’s University of Minnesota. He earned a law degree from Creighton University in Omaha and practiced law in O’Neill and Lincoln.

Dr. Joel Johnson of Kearney will be the recipient, during the exercises, of the Cope Cornerstone of Excellence Award.

Doors to the UNK Health and Sports Center will open at 8:30 a.m. Parking in the west lots is encouraged. Visitors with handicap parking permits can park east of the Health and Sports Center. Family members transporting a handicapped person will have access to drop off the person on the east side of the complex, but will need to move their vehicle to another lot.

Visitors with wheelchairs can sit in the corner seating sections on the main floor or use the elevator in the northeast corner of the building to sit in the designated section on the arena floor. Individuals who have difficulties with steps should arrive at least an hour early to have access to seats just below the railings on the main floor or to obtain seating on the arena floor bleachers.

For those unable to attend in person, UNK commencement ceremonies are webcast at www.unk.edu