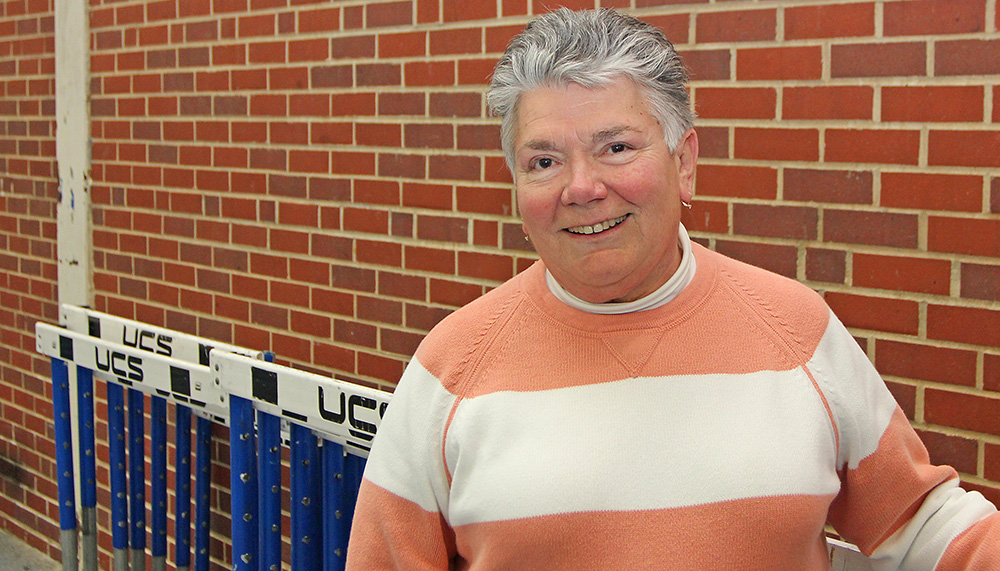 KEARNEY – Mary Iten began her teaching and coaching career when sex discrimination in women’s sports was the norm.

Sports were considered physically unattractive. Women were even warned that playing competitive sports was not only unfeminine, but proof of lesbianism. Competitive sports, said many, would hurt reproductive organs.

“Play Days” where no scores were kept was the norm.

Iten was there for all of it.

But being accepted – first as an athlete and then as a coach – was never a driving force for the longtime University of Nebraska at Kearney coach and teacher.

“I was never out to prove myself,” Iten says. “I didn’t aspire to be a trendsetter. Title IX. Gender equity. I’ve never been a fan of throwing those words around because we weren’t ever going to make progress if that was the best way to sell women’s athletics.

Iten is retiring in May after 37 years at UNK, where she is an instructor in the Kinesiology and Sport Sciences Department. She coached women’s track and field at UNK from 1977-96, women’s cross country from 1980-94, and served as women’s interim golf coach in 1997-98.

Ed Scantling, dean of the College of Education, has worked with Iten for 30 years. He praised her for advancing women’s sports at UNK.

“Mary helped pave the way and served as a role model for female athletes,” says Scantling. “She came from an era where women athletes weren’t quickly accepted. Mary certainly had the personality to push those athletes early on and help them realize that it was okay to be competitive and try to win, rather than just participate.”

Those who know Iten are quick to describe her personality as strong and assertive. She can be tough and stubborn. “Don’t forget defiant, bold and bossy,” jokes Iten.

That side of her personality, Iten says, comes from her strict Catholic upbringing in St. Paul, Minn. One of seven children, Iten’s family struggled at times to make ends meet.

The entire family would share one chicken. And weiner soup for lunch was common.

“We would have hot dogs for supper, save the juice and the next day make soup out of it. We made things go a long way,” she says quietly, then pausing. “This is embarrassing to say, but for a brief time we were on public assistance. It’s still humiliating to talk about.”

Those challenges shaped Iten’s unselfish, compassionate and humble personality traits. The personable, intelligent and funny side she hopes people see.

“I am a caring person. I never give up on anybody. I think everybody can be a champion, whether it’s on the track or in the classroom,” Iten says. “I’ve always been the type to hound people until I get the best out of them. I know I am strong and assertive, but hopefully not in an intimidating way.”

Iten says students and faculty at UNK have impacted her in ways she never imagined.

“I’m endeared to the kids and people I’ve worked with. UNK really made a difference in my life. It’s made me happy and makes feel like I’ve accomplished something in my life,” she says, her voice breaking. “I had a personal commitment to these kids and all the wonderful people at this university.”

Tears well in her eyes.

“I didn’t expect to feel this way. This has been tough on me emotionally. I know I’m severing ties, and that’s been more difficult to accept than I expected.” 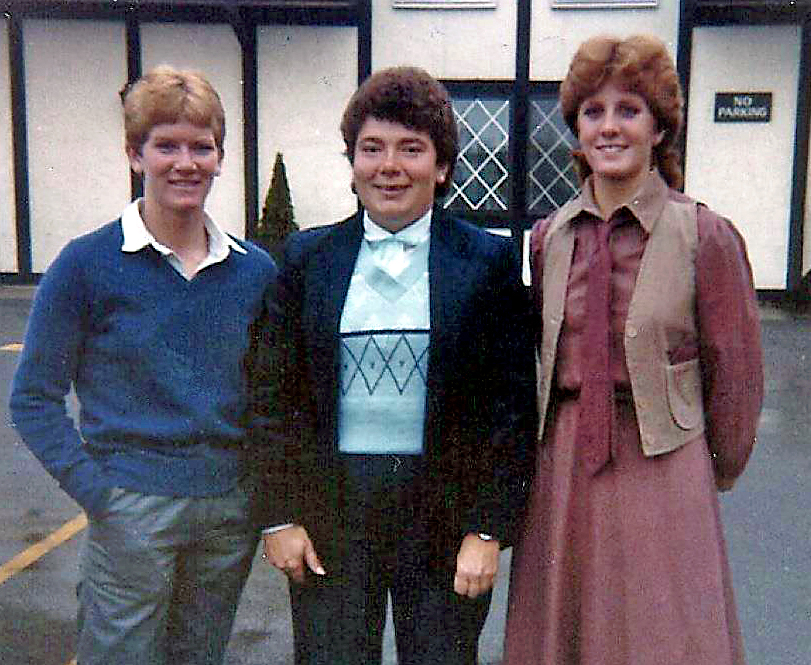 Iten leaves UNK as one of its most successful track and field coaches.

Her teams won 12 conference championships during her 20-year coaching career. She coached 68 All-Americans, and her 1986 and 1987 track teams placed fourth and third, respectively, at the NAIA Indoor Track and Field Championships.

Donna (Spickelmier) Vallin, who captured five national championships in track and cross country from 1986-90, said Iten played a major role in her development as a student athlete.

“She was a huge part of everything I accomplished,” Vallin says. “Mary built a true sense of teamwork. She was very competitive and pushed and challenged us all the time. She did it with honor and integrity, but she would do whatever it took to win.”

Vallin, who teaches middle school math and coaches high school cross country in Aurora, Colo., has remained in contact with Iten in the 27 years since she left UNK. “Like a lot of women she coached, I formed a close bond with Coach Iten. She truly cared for us as people, not just what we did on the track.” 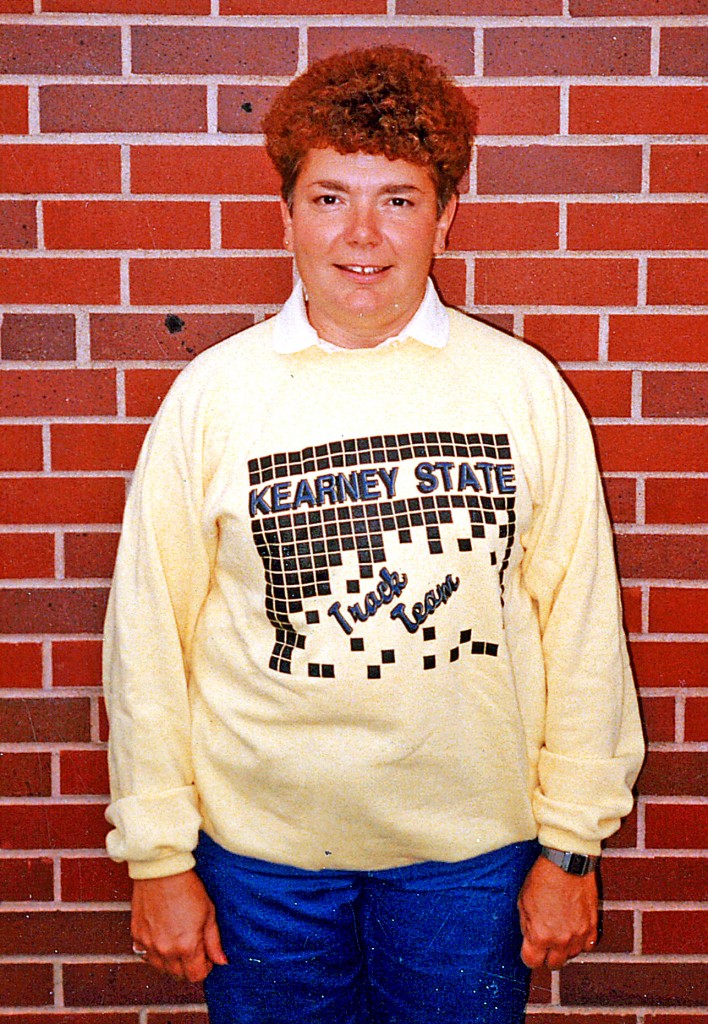 Scantling says Vallin is among numerous student athletes who keep in touch with Iten. Many, he says, followed Iten’s lead and are now teaching and coaching themselves.

“Mary works diligently to prepare her students to become outstanding teachers; but what really sets her apart from many faculty members is the connection she makes with those students who need extra time and encouragement to be successful,” Scantling says.

“They’re often the same students who come back to UNK five, 10, 15 years after graduation to thank Mary for pushing them to do well.”

“I took a little bit from all of those men and tried to emulate what made them successful,” she says. “They believed in me. In those early years, not everybody was happy that women were getting opportunities in sports.

“They weren’t in that group. They were so complimentary and helpful. They truly supported our efforts into getting women accepted as athletes.”

As Iten enters the final weeks of her career, one of her big decisions is whether to attend commencement. Most years, she skips out because saying goodbye to her graduating students is difficult.

“I don’t know if I will go or not. Probably not,” she admits. “I can’t handle that moment of separation. It’s just too hard for me. Besides, I’d rather go to the parties. That’s more my style.” 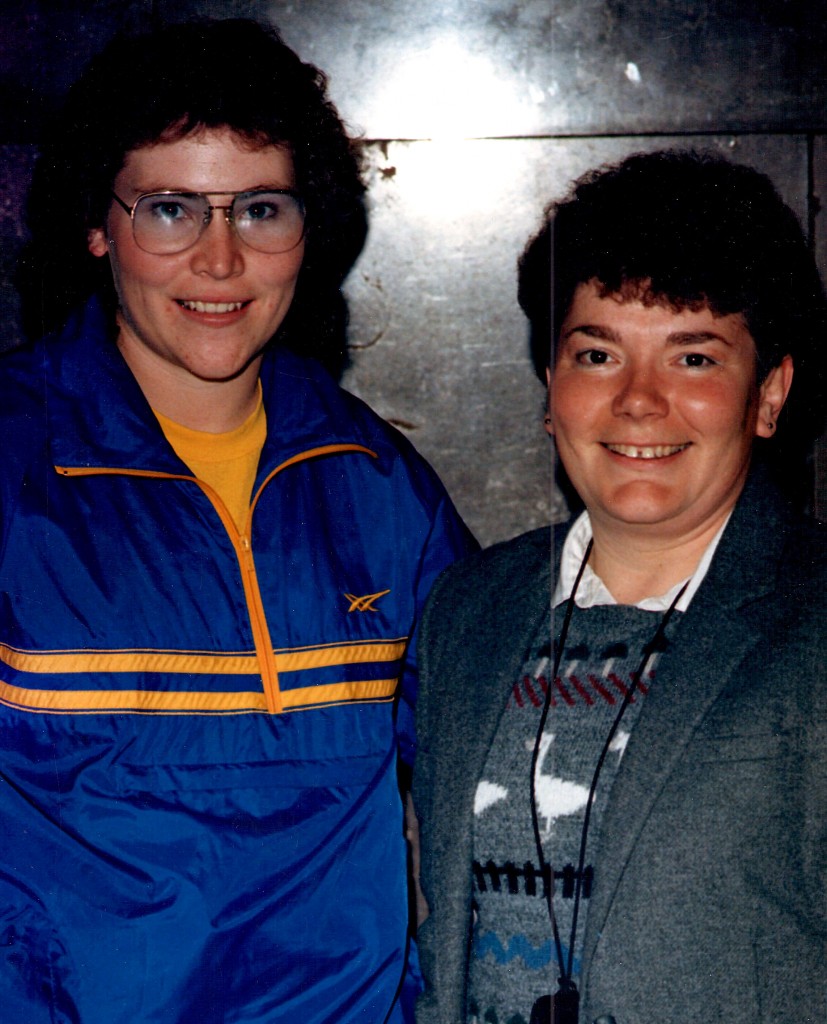 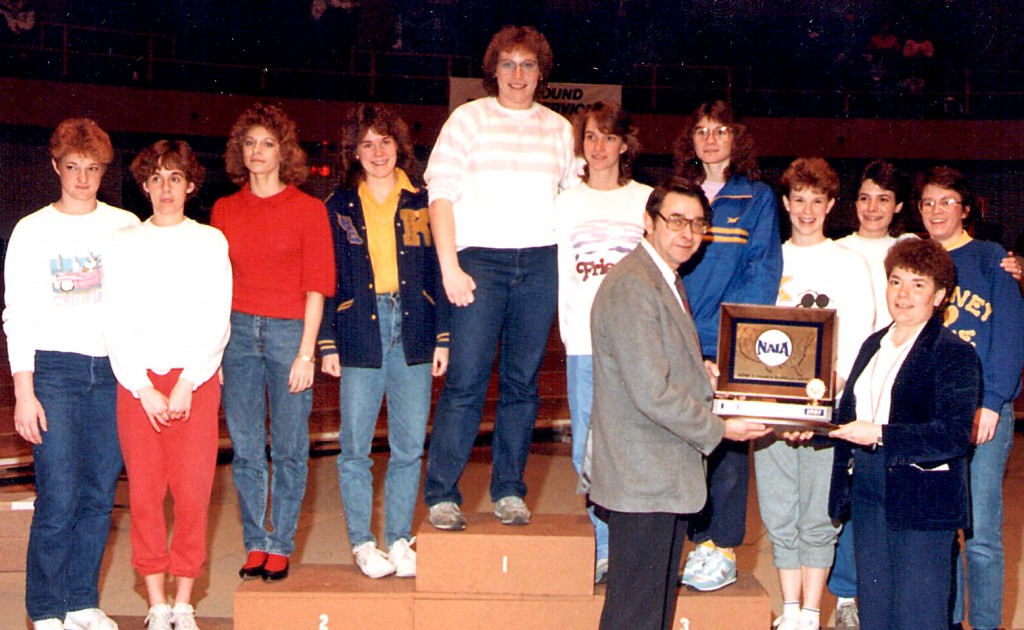 16 thoughts on “A Loper Legend, Mary Iten retires after 37 years”