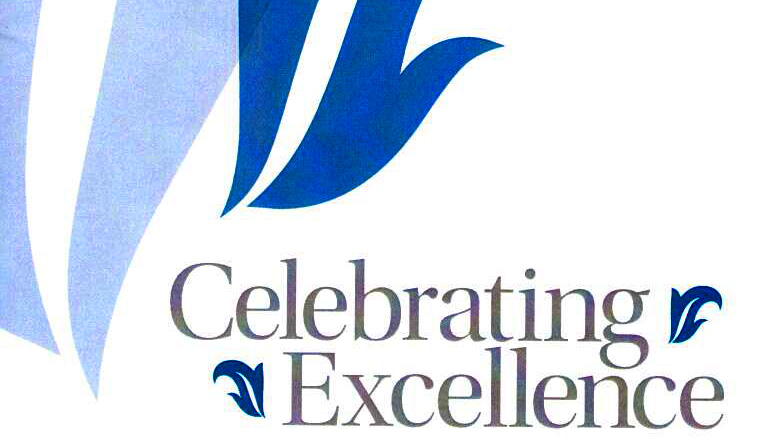 KEARNEY – Numerous University of Nebraska at Kearney faculty and staff, including retirees, were recognized Tuesday (April 22) for their years of service at UNK’s annual Celebrating Excellence luncheon in the Nebraskan Student Union.

Faculty Retirees honored, by department, include:

John McKirahan – John is retiring after starting his career at Kearney State College when he accepted a position as the Director/Curator at the Museum of Nebraska Art in 1989, a position he held until 1996. Later he became a Senior Lecturer in Art History for the Department of Art and Art History.

John has also taught Art Appreciation and Humanities as a high school instructor. He states that he takes an interdisciplinary approach to teaching in that he likes to combine his interests in religion and other art forms, such as music and literature, with the study of the visual arts and art history.

Steven Rothenberger – With a teaching career that spans over 40 years, Steven is retiring from his position as a Professor in the Biology department. He first came to campus in 1966 as an undergraduate student and later joined the faculty ranks in 1992. Steven has served as the Herbarium Curator and as President of both the Nebraska Academy of Sciences and Nebraska Wildlife Federation. He considers himself to be a student of the prairie and the Great Plains and is a member of the Nebraska Rock and Roll Hall of Fame.

Steven considers his greatest accomplishment to be his many former students who are now teachers, biologists, ecologists vand health professionals. He would tell new employees at UNK to teach with enthusiasm and get to know people outside your department. Steven will act as the Volunteer Herbarium Curator, continue writing and volunteer locally once he retires.

Vani Kotcherlakota – Vani began as an Assistant Professor in the Economics Department in 1986, but has also been Chair of the Department of Economics. Some of her greatest accomplishments while working here have been the time spent mentoring international students and facilitating events to bring the campus and outside community together to promote the multicultural educational experience.

Her advice to a new employee just starting their career at UNK would be that it is necessary to work hard in all three areas of teaching, research and service and to maintain good and friendly relationships with department faculty.

In her retirement from UNK, Vani has taken a job with the Nebraska State Government and is working as a Research Supervisor Economist. She would like to become more involved with the international community and organize cultural events for Indian holidays and festivals in the future.

Cheryl Glazier – Cheryl started her career at UNK in 2000 as an Adjunct Lecturer in Interior Design. She feels that introducing students to the world of Interior Design and the achievement of adding two interior design accreditations to the program have been her greatest accomplishments while at UNK.

Cheryl’s advice to new employees is that UNK is a “great school and that you will like teaching here.” She plans to travel and play once retired and wants to remind us that life is a learning process, that she has learned immensely from her students and colleagues and that this has been a great chapter in her life.

Mary Iten – Mary started with Kearney State College in 1977 when she became an Instructor in the Health, Physical Education & Recreation Department, but she has also held the position of women’s Track and Field Coach and was the interim women’s Golf Coach as well. Mary holds a BS from Winona State University, and an MS from Kansas University. Educating young professionals and coaching some of the finest young ladies are what she considers to be her greatest accomplishments. Her advice to new employees at UNK is to be engaging when teaching and to plan and deliver with integrity. Mary plans to travel, make crafts and move back to Minnesota.

Donald Niemann – Donald began his career with Kearney State College in 1985 as an Assistant Professor of Mathematics. He has had the opportunity to work with many talented students who have gone on to make excellent teachers in Secondary Mathematics Education. To still hear from them and observe them is truly remarkable and something Donald is very thankful for.

Donald would advise new UNK employees to get involved in the campus and tcommunity, and to take each day one at a time and enjoy it to the fullest. He plans to become more involved with his grandchildren, which will mean travelling to see them. When he is not doing that, Donald plans to learn German and more about wine. He is hopeful the wine will not impede the learning of German.

Darleen Mitchell – Darleen began her employment with UNK in 2000 when she was hired as an Assistant Professor in the Music and Performing Arts Department. She states that her greatest accomplishments in her time here have been the creation of the annual New Music Festival in 2001 and the creation of the Music Composition major in 2002. Darleen also received the Pratt-Heins award for scholarship, the UNK College of Fine Arts and Humanities Faculty Mentor Award and the Tau Beta Sigma Johnnie Vinson Award for her mentoring of female students.

Of her 120 compositions composed, 21 were for the UNK music faculty and 3 were for Kearney Symphony Orchestra. Darleen feels that working with and mentoring students in projects, musical compositions and recitals are some of her greatest endeavors. Her motto to new employees of UNK is “Expand the existing consciousness.” Darleen plans to continue to compose, visit family and teach online graduate courses.

James Payne – Dr. James F. (Jim) Payne began teaching at Kearney State College in August 1974 as an Instructor of Music and was promoted through the ranks to full Professor of Music. He states that his greatest accomplishment would be that he created the Bachelor of Music – Music Business Emphasis degree program as well as strengthening the curriculum with courses he designed to make it the second largest major in terms of numbers in the Music Department, with students interning from border to border and coast to coast, even Japan.

Jim’s advice to a new employee just starting their career at UNK would be to be the best you can at what you do, never stop learning and focus on the needs of the students. His retirement plans include spending more time with family in Texas, Kansas, Nebraska, Missouri and Colorado.

Staff retirees honored, with department and years of service, include:

Her greatest accomplishment here has been the successful combination of the counseling center and student health services into one unified department. Mary also helped opened the UNK Women’s Center in 2006 and has successfully written two grants for the Women’s Center through the Department of Justice Office of Violence against Women. Under her direction, the Counseling Care Office has grown to include six counselors, three graduate student interns and a drug and alcohol counselor. LeAnn would tell a new employee that really good people work at UNK. She plans to move to Lincoln to be closer to her children and their families once she retires.

Joan DeHaven – Joan graduated from Chadron State College in 1987 with a BA in Business Administration, attained her CPA certificate in 1988 and continues to practice in the state of Nebraska.  She was hired by UNK as the Accounts-Payable Manager in 2000, and in 2001 she took on the added responsibility of being a Plant Accountant and Asset Records Manager. Her advice to new employees is to not be afraid to ask questions and get help when needed. The personnel of the Division of Business and Finance are eager to assist you and to help empower you to do your job more efficiently and in a more informed atmosphere.

Joan has moved to Colorado to be closer to her family and hopes to winter in Arizona. She plans to pursue her various hobbies, travel and volunteer. During her time at UNK Joan has received both the Kudos Award and Staff Award for Excellence.

Gregory Anderson – Greg began his career at UNK on his 41st birthday in 1988 as the Reference Librarian. In his time at UNK he has held the positions of Coordinator of Computer Searching, Electronic Resources Librarian, Interim Head of Reference and the Archives Librarian.

His greatest achievement in his time here has been all the help that he has provided to the students. Greg’s advice to new employees would be “It’s about the students.”  He is planning to travel, volunteer for Habitat for Humanity, take photographs, read and watch a long miniseries like “Star Gate” once retired. Greg came to UNK with the intention of being here a short time, but ended up becoming a long timer.

Connie Cox – Connie started with Kearney State College in 1972 when she accepted a position as a secretary in the Math and Physics Department. Later she became secretary to the Dean of Natural and Social Sciences. Connie has been inspired by the many wonderful people she has worked with over the years to do the best job she could. She learned to be the employee that could be counted on to do their best, to be friendly and remember that the students are our reason for being here. Connie is looking forward to the freedom retirement will give her.