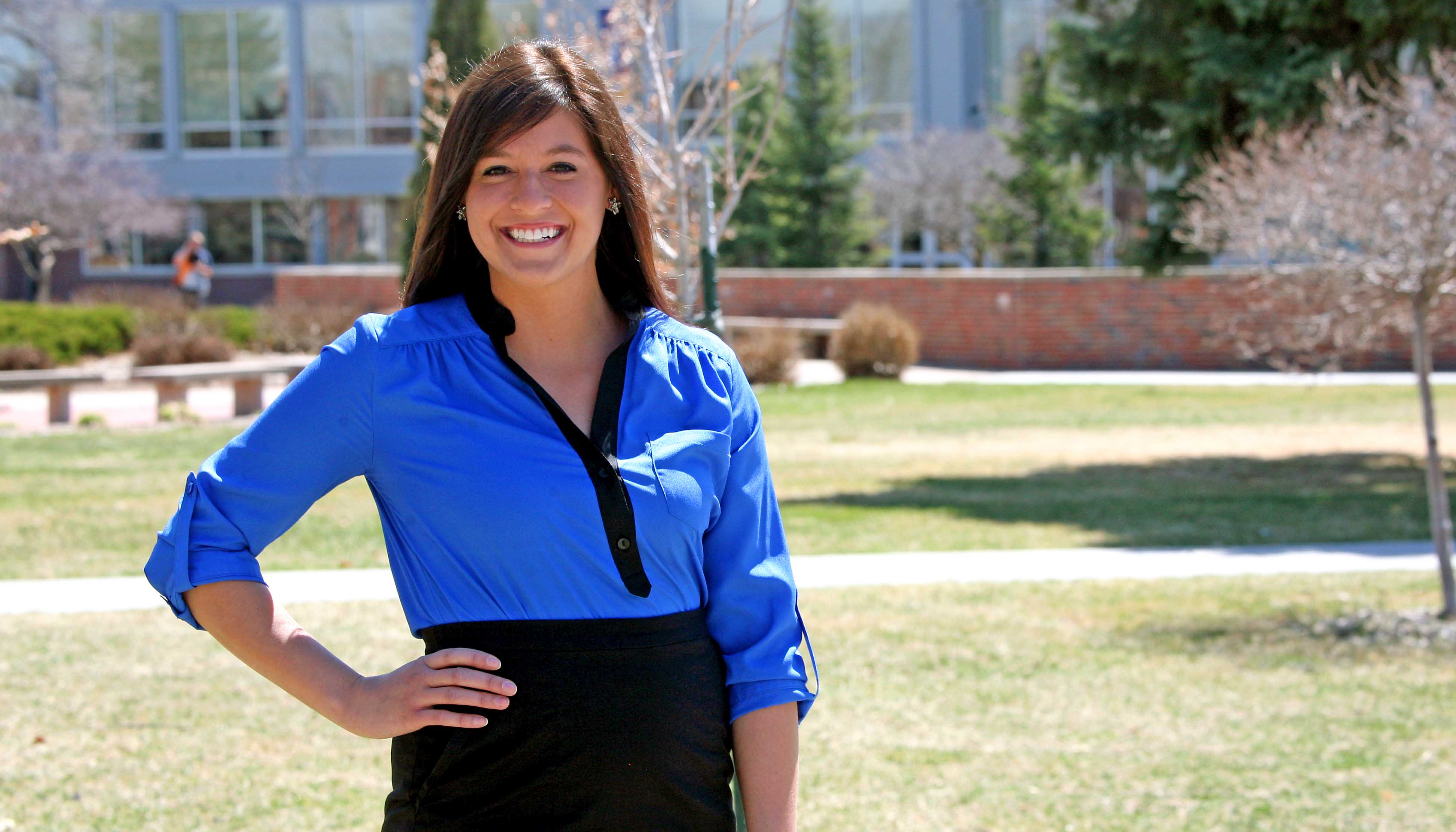 KEARNEY – Hoping to become more active on campus, Connor Schulte got involved with student government at the University of Nebraska at Kearney.

After just a few years as a student senator and some encouragement from her peers, Schulte took a leap and ran for student body president.

She and Hayden McKelvey of Kearney will be inaugurated Tuesday (April 15) as the new student body president and vice president, respectively. As president, Schulte serves as the official student body representative to the University of Nebraska administration and the public. She has the power to pass or veto legislation passed by the Student Senate.

Schulte and McKelvey’s goals range from re-launching a service project to informing campus about student government. Schulte shared why she ran for student body president and what she hopes to accomplish during her term.

What motivated you to run for student body president?

I have been involved in student government since my freshman year as a student senator. I wanted to get more involved on campus. I saw Jordan Gonzalez (former student body president and current office associate in the Nebraskan Student Union Student Center), and I looked up to him. I started to put more of my time into student government as a committee chair, and I grew to be very confident in my abilities. Some of my peers approached me and told me they thought I would do a good job. That made me think I could do a good job.

What are you most looking forward to about the next year?

I’m looking forward to meeting everybody on the Board of Regents and getting to know the chancellor and vice chancellors better. I’m hoping to make great connections.

What are some of your goals when you are in office?

Reigniting the Play it Forward community service initiative. The program originated in the south in high schools. People donated lightly used sporting good items to those in need. UNK had the first college chapter. We donated items to the Special Olympics. It didn’t really get a chance to fly. It would be a great thing for us to re-implement this.

We also want to be more transparent. We work hard as a student government. A lot of the student body doesn’t know what we do or what we’re capable of doing. A lot of students will ask us questions like, ‘Why didn’t my parking ticket get appealed?’ We don’t have a lot of say in that. We want to disseminate information on what we do as a student government to the student body. We hope to start a newsletter and get more people to come to meetings. What we do directly affects them.

What do you expect will be your biggest challenges as student body president?