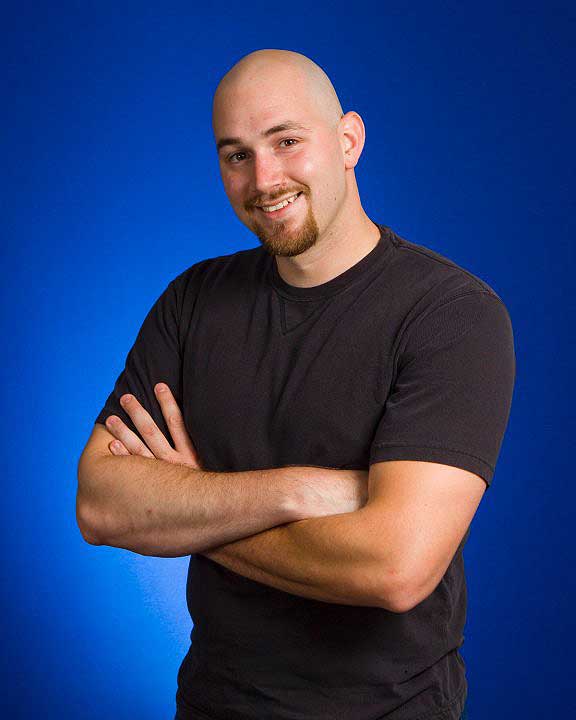 KEARNEY – Chance Hartman, a stage combat and fight choreographer, wouldn’t be where he is today without the University of Nebraska at Kearney.

“I don’t think I’d be doing what I’m doing now if I hadn’t gone to UNK,” Hartman, of Austin, Texas said. “I tried out a lot of areas of theater. When I found out what I was good at, UNK gave me the opportunity to learn more about that. I was able to figure out who I was.”

Hartman – who also works as a stage and film actor, stunt coordinator and performer – will come back to UNK Tuesday (April 1) to present the Stage Combat Workshop.

“It’s awesome (that I’m coming back to UNK). It’s full circle,” he said. “I’m coming back and doing the same thing that got me started in this whole process.”

As a freshman at UNK, Hartman, now 29, was unsure about what he wanted to study. He participated in theater in high school, and decided to major in theater his second semester at UNK.

“I enjoyed the attention and the camaraderie and friendships you develop working on a play for six weeks. I enjoyed the entire artistic process.”

“Imaginary Invalid” was the first main stage show Hartman got a part in at UNK. He also has fond memories of performing in “Godspell.”

But it was rehearsals for “Macbeth” that was life changing for Hartman.

UNK hired a combat choreographer to prepare students for their performance in the Shakespearean play. The choreographer worked one-on-one with Hartman, and he was given responsibility for running the fight scenes. He fell in love with stage combat.

After the show ended, Hartman, who had already begun training in mixed martial arts, was given the opportunity to attend a National Stage Combat Conference in Las Vegas.

Hartman, who was born in Hastings but raised in Texas, graduated from UNK in 2006 with a degree in theatre. He makes a living as a stunt coordinator for films and works with the ZACH Theatre in Austin, Texas.

“I love the portrayal of fake violence,” he said. “There’s something really really interesting about that moment in a play. You have two characters whose emotions are coming to a head. There’s not another option for one or both parties. It instantaneously erupts. I love that moment.”

Hartman continues his stage combat training with the Society of American Fight Directors.