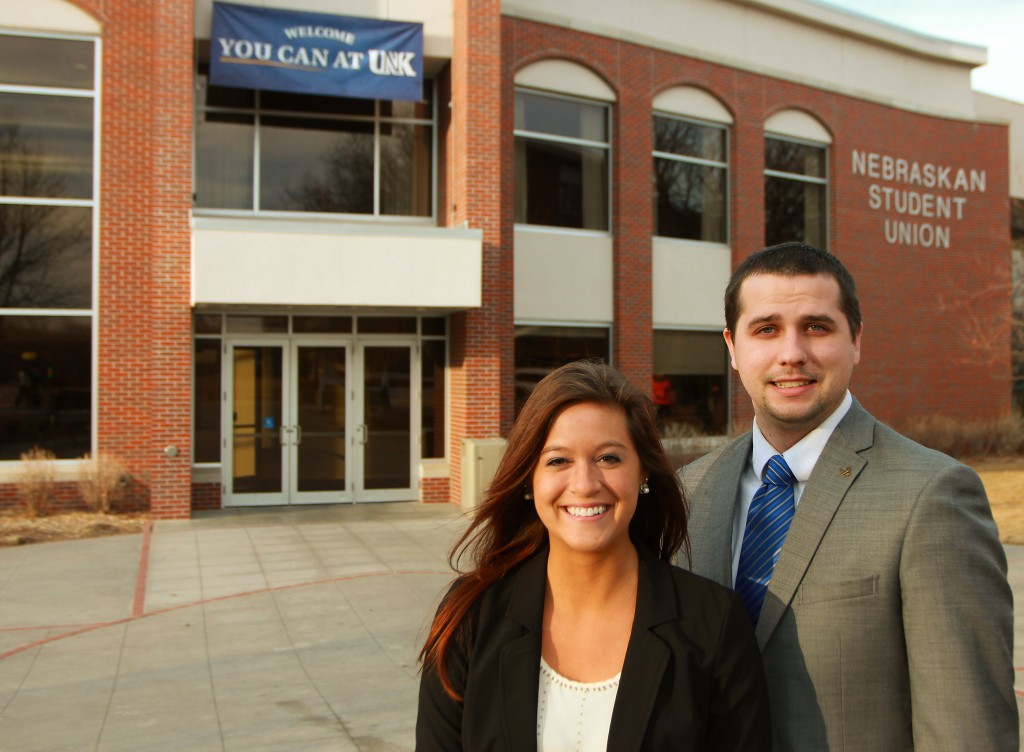 KEARNEY – Connor Schulte and Hayden McKelvey are the new student body president and vice president, respectively, at the University of Nebraska at Kearney.

As student body president, Schulte will serve as the official student body representative to the University of Nebraska administration and the public. The president has the power to pass or veto legislation passed by the Student Senate.

Schulte, a junior advertising and public relations major from Kearney, is involved in Gamma Phi Beta sorority and the Panhellenic Council. She has been a student senator for three years and is active in Cornerstone UNK.

McKelvey, a junior industrial distribution major from Kearney, will serve as the student body vice president. This is the second-highest student body official and representative to the University of Nebraska administration and the public. The vice president has the power to lead the Student Senate in the absence of the speaker of the senate, chairs the Presidential Executive Cabinet and is an ex-officio, nonvoting member of the Senate Executive Committee.Schulte and McKelvey hope to increase student government transparency, increase direct collaboration with organizations and the city of Kearney, create a 24-hour study space and re-implement the Play It Forward initiative.

In addition to Schulte and McKelvey, 15 students were elected to UNK Student Senate. The organization is the legislature for the student body, and students are elected from each of the UNK academic colleges.

Student Senate has the power to pass legislation for the campus, approve new student organizations, appoint student representatives to UNK Faculty Senate and other administrative committees, and perform other duties concerning student issues of concern.

Students are elected to represent their respective colleges. Those elected are listed below by college: