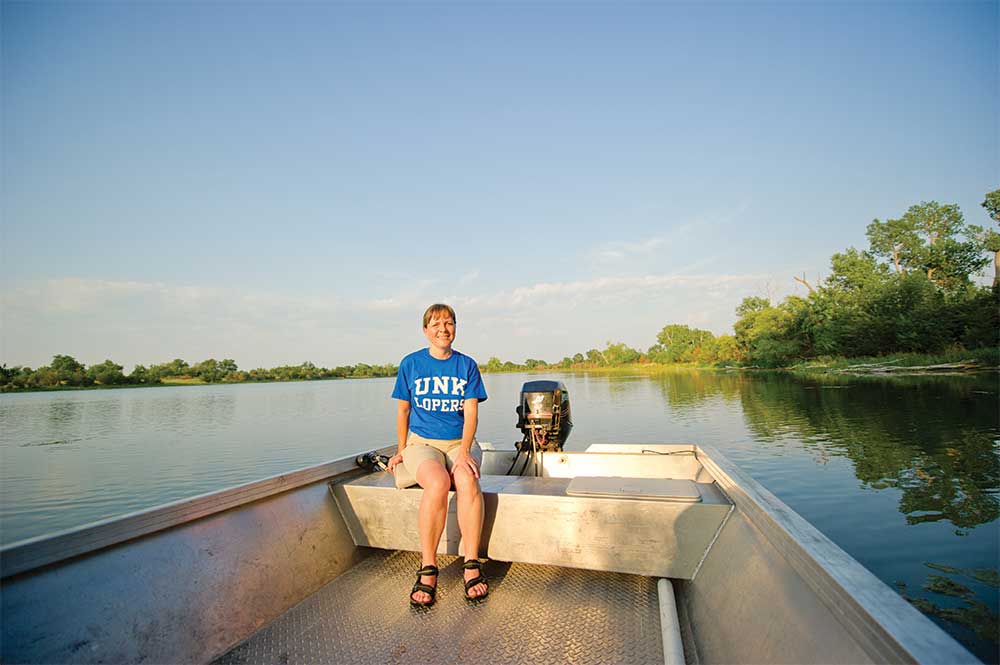 The Old Wives’ Tale is that if you leave a fencepost in a Sandhills soda lake it will be gone by next year.

Many of these small, shallow, alkaline-saline lakes in Garden and Sheridan counties seem something like from a science fiction movie – not molten and bubbling, but nevertheless extreme.

These environments – where no vertebrate species survive – have the attention of microbiologist Julie Shaffer, whose research over the last half-dozen years has worked to solve a mystery that has captivated few other researchers’ full attention.

What is in these lakes – animal, plant, bacteria, nutrient, or a combination of some unknown matter or processes – that yields potassium to such an extreme?

And more, are there clues to climate change that can be discovered in these extreme lake environments?

“Some microorganisms break down wood very quickly,” Shaffer said. “It is known that alkaline-saline, another name is soda lakes, are very productive, so the carbon turns over very fast in those environments. But people don’t know an awful lot about what’s in the lake, what the microbial community is doing.”

Shaffer’s research takes her to these unusual lakes to draw water samples, and using next-generation sequencing, analyzing and identifying tens of thousands of bacteria from a single water sample, to eventually provide important clues about what’s going on.

“Those lakes are unusual around the world. We were going to begin to study the microbial community in those lakes: what’s there, try to understand what makes them so special or so unique.” 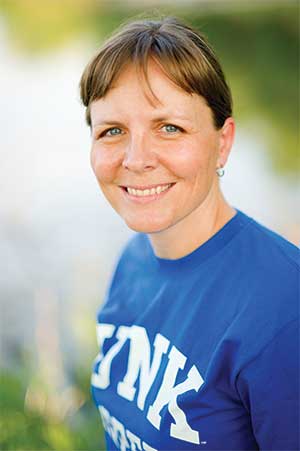 Potash lakes and their role in history

Known as soda lakes or potash lakes, during World War I potash was harvested from them to use in products such as fertilizer, glass and soap. Most of the potash needed in the U.S. came from Germany prior to the war. Large plants were built for harvesting the potash, and remains from the old plants still stand.

“They’re very unusual because there are a few places in the U.S. that have alkaline-saline lakes but with high potassium carbonates. They’re sodium or magnesium chlorides.”

The Sandhills, the largest vegetative desert in North America, is basically one big desert but it’s covered in plant material,

Shaffer said. It’s a very fragile ecosystem because of the lack of rainfall and the lack of solid material on which plants can grow – easily disturbed.

The potash lakes themselves are very shallow and small, “that’s how the salts can accumulate in them so significantly,” Shaffer said. “They don’t interact with the aquifer, the water doesn’t circulate down. There’s clay at the bottom that kind of seals them off, and so water comes in from the dunes, the runoff from the surface, then it just evaporates once it gets there. Those nutrients or those salts just accumulate more
and more every year.”

Shaffer has been researching the potash lakes since about 2006, when she turned her studies in a new direction.

“I guess the research I’m doing now is more cutting edge than anything I’ve done before.” With a small collaborative grant from the university, she and professor Bradley Plantz from UNL began the project that she is now finishing solo, drafting and submitting papers.

She believes the process in these lakes is not caused by any one thing, “It’s the whole community and how they’re working together. Solving a mystery, yes, that’s what the whole goal of the project is.”

“One of the things we’d written a grant about was to use those lakes as a way to monitor climate change, discovering eventually ‘is it really getting warmer,’ (and) ‘are we really getting less rain out here?’ Because they’re so sensitive to change, we would think that the Sandhills would respond to changes in temperature
very quickly.”

The project also gives her an opportunity to involve students – that’s a primary focus for her, and more broadly, for UNK, Shaffer said. 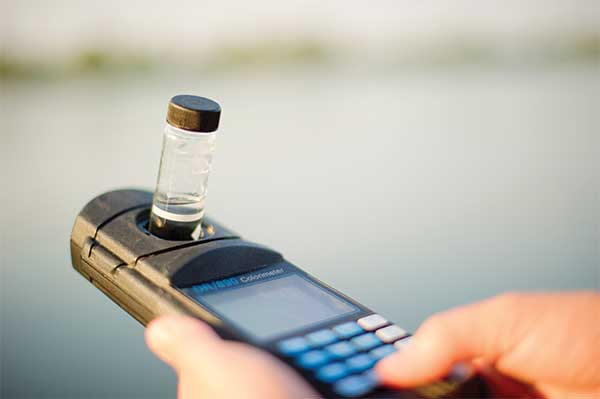 Analyzing data points, running data allows a laboratory in the field – a drawing point for students.

“We filter our samples there. To prepare them for the DNA sequencing and chemical analysis,” Shaffer said. The surface water samples from individual lakes are examined for what ions are present, pH, temperature and turbity, among other things.

When Shaffer goes on a research trip to the Sandhills, it’s like coming home, she said.

A natural scientist and naturalist – she loved the outdoors, camping, hiking and fishing – and intended to study zoology, but then discovered she like microbiology better. After earning her bachelor’s degree in biology and English at Sioux Falls College, she began her Ph.D. in microbiology at UNL. She was drawn to UNK immediately on earning her doctorate because of her interest in teaching and mentoring students.

“I applied, they called me right away and here I am,” she said. 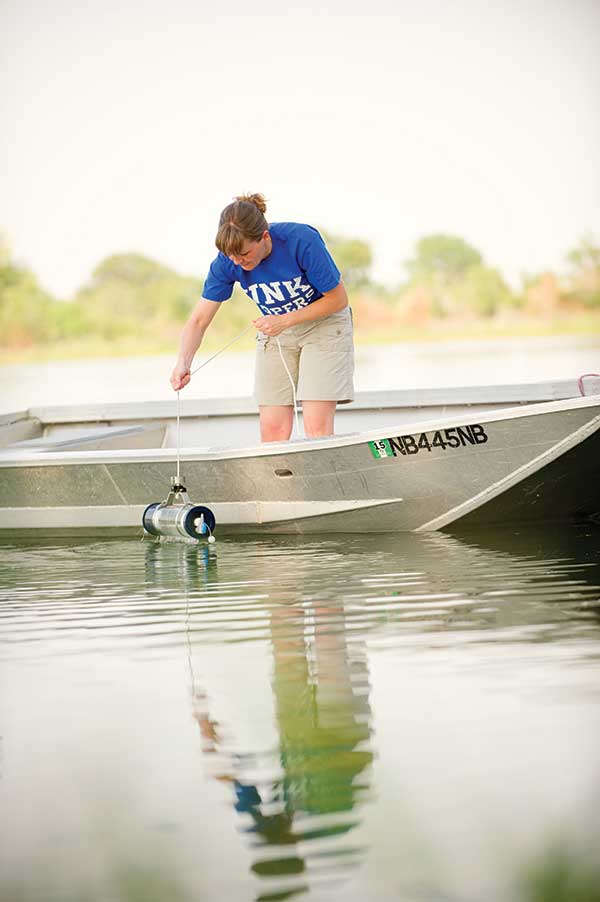 ‘Teaching is why we’re here’

“If you’re here just to do research you’re at the wrong place. You’re here to share your love of your discipline and help students develop those skills as well, she said.’’

“The mentoring we do is just another type of teaching. Part of our job is getting students excited about science’ and to do that you have to get your hands dirty and you have to show them what science is really about,” she said. “That’s been a fun part of the research, taking students with you, spending time with them and helping them to develop those skills that they’re going to need to be good scientists.”

“I do a lot of projects with students interested in dental careers,” such as one student analyzing coliform on toothbrushes. Another student analyzed the contamination of her surgical scrubs.

“I let students have some flexibility with what they’re interested in.”

“Teaching and research is all so closely related on this campus. Collaborative writing with undergrads and grad students: that’s my primary role. I love my students. They’re fun it’s very rewarding to see them become successful and know they’re prepared for the next part of their lives.”