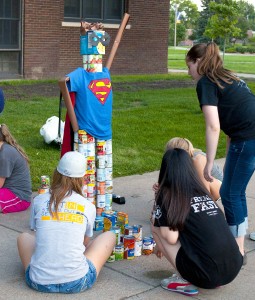 Hosted by the Loper Programming and Activities Council, the event was part of UNK Homecoming activities. Food collected is being donated to Campus Kitchen, Mid-Nebraska Food Bank and The Big Blue Cupboard, a UNK organization that combats student hunger.

“Having this amount of food go to The Big Blue Cupboard is really great,” said Jon Watts, assistant director of business services. “This will easily get us through the academic year, and since The Big Blue Cupboard works alongside Campus Kitchen, we can be efficient with how the food is used.”

LPAC came up with the idea for the canned food build three years ago, and it has seen continued success. This year’s event surpassed the 2012 total of 2,500 cans collected.

“They created the event and they really liked it because it had a charitable cause,” said Tim Danube, associate director of the Nebraskan Student Union. “Students have had a really good time with this.

The objective of the Canned Food build is to create the most unique and spirited structure using food that teams gathered. That includes wrapping cans in colored paper to begin building structures featuring Louie the Loper, Superman and Cope Stadium, among others. 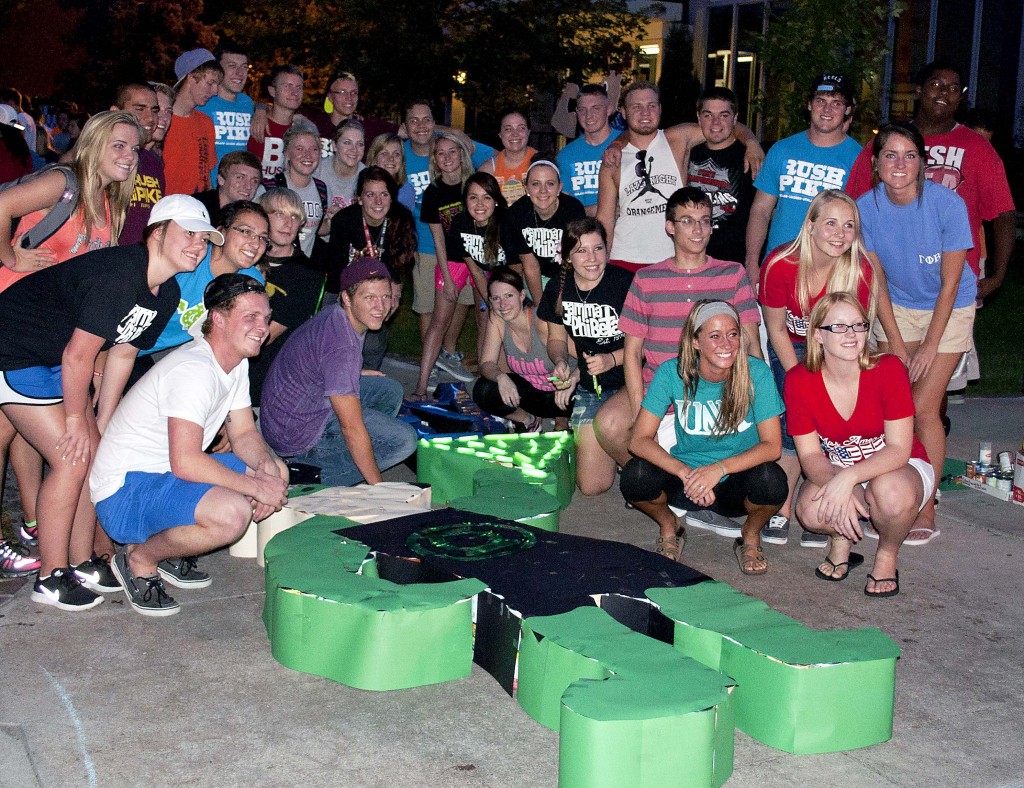