KEARNEY – Eight finalists for homecoming royalty at the University of Nebraska at Kearney were announced Monday.

The king and queen will be crowned at 9 p.m. Thursday at the Health and Sports Center. They also will be recognized during halftime of UNK’s football game on Saturday and oversee other homecoming week festivities.

Finalists were selected by student vote. The final round of voting takes place this week.

Allen was a New Student Enrollment Leader this summer and has been on the Dean’s List four semesters while being involved in numerous music ensembles. 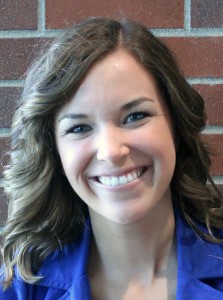 Rachel Harvey, a senior organizational communication/social work major from Scottsbluff, represents Loper Liaisons. She is president of the International Justice Mission campus chapter that works to raise awareness and join the fight against modern-day slavery.

She stood 27 hours straight for the 27 million still enslaved today. Harvey was a New Student Enrollment Leader this summer and is active in Christian Student Fellowship, Overflow, Choraleers, Collegium, Loper Liaisons and as an Education Quest Ambassador.

She has been on the Dean’s List four consecutive semesters and is involved in Student Senate, the Honors Program, Phi Eta Sigma and the Advertising and Public Relations Club.

Schulte also is active in Gamma Phi Beta sorority and an executive officer on the Panhellenic Council.

Barbie Varon, a senior social work major from Papillion, represents Alpha Omicron Pi. Varon is a Chancellor’s Student Ambassador and has served as a Student Diplomat for five semesters, including the current semester.

She has been involved in her sorority for three years, holding different leadership positions and helping with several events.

Daniel Carlson, a junior double major in music and organizational and relational communication from Grand Island, represents Mantor Hall. A Pride of the Plains Marching Band member, he also is involved in many music ensembles, including Symphonic Band, saxophone quartet and Jazz/Rock Ensemble.

Carlson is a member of Phi Gamma Delta fraternity, where he serves as social chair and is a past resident advisor. He currently is president of Residence Hall Association and member of Thompson Scholars Learning Community.

A member of the Honors Program and Student Diplomat, he has served as a New Student Enrollment Leader, participated in undergraduate research and was secretary of community relations for UNK Student Government. Fuller also is president of Sigma Phi Epsilon.

John Gibbs, a junior sports administration major from Lincoln, represents Phi Delta Theta. He has been on the Dean’s List two semesters while serving as a Student Government senator and Student Diplomat.

Gibbs is a former Thompson Scholars member, current member of the Newman Center Council and was part of the New Student Enrollment Team this summer.

He also is a member of Health Science Club, Phi Eta Sigma, Student Government, Loper Liaisons, Biology Club and St. Jude’s Up Til Dawn Executive Board, where he serves as public relations chair. Lopez also works as a peer advisor in the Financial Aid Office.