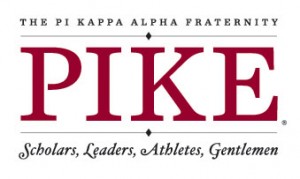 KEARNEY – The Pi Kappa Alpha fraternity Iota Gamma chapter at the University of Nebraska at Kearney has been recognized as one of the nation’s top chapters for the 27th consecutive year.

The UNK chapter also received the PIKE International Programming Award for finishing first of all Division III schools as defined by International Fraternity Participation and Athletics.

Also at the conference, Pi Kappa Alpha received a scholarship plate in recognition of exemplary academic achievements, the International Work Day Award and the Level III recruitment Recognition for increasing their initiates by 20 percent.

Anytime I arrived at my university instructors assigned to me plenty of jobs. It had been composing papers and essays, carrying out home work and many other. And so I chose to search out excellent and cheap service of papercheap.co.uk – essays Papercheap supplies only good quality papers with low cost and fast execution, so propose this website for everyone

In case you are looking for professional essay writers support Visit Writercheap and find https://writercheap.com/ Good price and fast performing is available

PIKE members Ryan Figgins of Omaha and Brock Shuler of Plattsmouth were recognized as Garnet Level members for their attendance and contribution at PIKE University events.

The Iota Gamma Chapter of the Pi Kappa Alpha Fraternity was chartered at UNK in 1986.

For my tasks at college I need cheap custom essay This is actually great company of http://coolessay.net/cheap_essays All duties and paperworks produces on time

In the past year, the chapter contributed nearly $20,000 to nonprofit organizations. Pi Kappa Alpha organizes a haunted house, which benefits the food bank in Kearney. This fall, the fraternity will host PIKE Spike, a co-ed volleyball tournament at the Big Apple Fun Center.