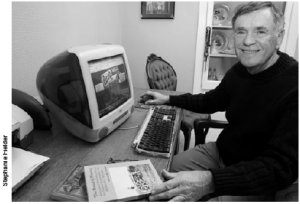 There are 10 offi cial federal holidays in the United States. The most recently approved is Martin Luther King Jr. Day. It is the only federal holiday named after a single individual. Since King’s birthday, Jan. 15, 1929, is so close to the Christmas and New Year’s holidays, it was decided that King’s birthday would be celebrated the third Monday in January.

Plans are now underway to complete a fund-raising project to build a memorial to King on the National Mall in Washington, D.C. The fi rst African-American to be so honored, memorials honoring Thomas Jefferson, Abraham Lincoln and Franklin Delano Roosevelt will fl ank King’s statue. Groundbreaking ceremonies for the memorial took place Nov. 23, 2006. The project is scheduled for completion in 2008.

In 1968, four days after King was assassinated, a bill was introduced in Congress by U.S. Rep. John Conyors, a democrat from Michigan, to make King’s birthday a national holiday. When the bill failed, Conyers and U.S. Rep. Shirley Chisholm, a democrat from New York, continued to introduce the bill in each subsequent congressional session.

For the next 15 years, while Congress engaged in seemingly endless debates and hearings, civil rights organizations led marches and petition drives, collecting millions of signatures to pressure Congress to approve the holiday. Some opponents questioned how much a paid holiday would cost the government and businesses while others argued that King did not deserve to be honored with a national holiday. At the same time, campaigns began at the state level to establish state holidays honoring Dr. King. Illinois was the first state to establish a holiday in King’s honor in 1973.

While many states resisted celebrating the holiday, other states soon followed suit. In 1983, President Ronald Reagan reluctantly signed a bill into law establishing the Martin Luther King Jr. federal holiday. The holiday went into effect in 1986. More states fell in line and created state holidays that coincided with the new federal holiday. Nebraska approved a state holiday Jan. 17, 1986. By 1989, 44 states had created a state holiday; in 2000, South Carolina became the last state to make Martin Luther King Day a paid holiday for all state employees.

Although the holiday was established to recognize the birth, life and vision of Martin Luther King, there has never been a consensus about how the holiday should be celebrated. In the beginning, organized activities centered on King’s martyrdom and celebrated his courage, eloquence and his leadership in the civil rights movement in the 1950s and 1960s. At UNK, Dr. Lon Weber, who served as vice president for Academic Affairs, had attended the funeral of Dr. King and quickly organized the fi rst holiday activities on the campus.

Each year, from 1986 to 1988, I was asked, as chair of the Department of History, to give a lecture both on and off-campus, along with a series of radio interviews, discussing King’s place in history. In the following years, a faculty committee—with Dr. Vernon Volpe, history; Dr. Allan Jenkins, economics; and Dr. Stephen Glazier, sociology serving as the fi rst chairs—received funding from various sources to bring in outside speakers, including such distinguished visitors as Mahatma Gandhi’s grandson Arun Ghandi, Coretta Scott King’s brother Julius Scott, and historians Manning Marable and Dennis Mihelich. In the following years, speakers continued to come to the campus, fi lms about King’s life were shown, faculty presented testimonials, and students developed programs to celebrate King’s life.

As memories of the King assassination and the civil rights movement begin to fade, historians have begun to explore King’s weaknesses as well as his strengths. Scholars have emphasized that other leaders, especially at the local and state levels, also deserve credit for advances in civil and voting rights following World War II. As a consequence, recent celebrations, while remembering King’s heroic contribution to the civil rights movement, have focused on his philosophy of nonviolence, his commitment to peace, and especially, the importance of community service and grassroots activism to bring about social and economic reform.

Martin Luther King Day, and the soon to be completed King memorial in Washington, D.C., will serve as constant reminders of King’s sacrifi ce and the history of African-American struggles in the United States. The holiday should also remind us that King’s dream that someday there would be freedom and justice for all Americans—regardless of race, color or creed—has yet to be realized.