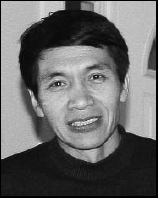 Continued from…This is the second half of the Campus Voices installation that began in the last issue of COLUMNS, dated 9.26.08, written by Sun Wu-an, professor from Shandong University at Weihi. After his visit to campus last winter, Mr. Sun wrote and sent to Vice Chancellor Carlson, an essay reflecting upon his visit to UNK and America.

Another example (of Americans’ hospitality to us) happened in the big airport of Denver,when we were hurrying to change our planes. The airport is very big; we had to walk a long way to find our new boarding gate, but the time left was not enough. We almost got lost at a cross-road.At that point, an American man who was about 30, on his initiative, came and helped us.He led the way for about five minutes until we could easily find the boarding gate.We were in a strange country, but it seems that we needn’t have worried about the difficulties, for we found we could get others’ help at all times and all places.

The fourth is the problem of consumption of energy in America. Being the biggest developed country in the world,America is one of the countries with the largest number of automobiles in the world. It is said there are more than 1.5 billion automobiles in America.When we visited in Washington D.C., we found people like to drive bigger cars or jeeps, which of course need more gasoline. On the way to our hotel, our guide told us our car would run faster than others, for we six people just had one car. In many large American cities, there is a fast traffic lane for those which have more than two people in one car. Even so, most of the people still like to drive individually.Another interesting thing we found was that many people drove with headlights on in the sunny daytime.

We were told that people just wanted to avert accidents.However, it seems that Americans consume more energy than Chinese. It is said that China’s self–sufficiency rate in energy is about 90 percent, while America’s self–sufficiency rate in energy is about 60 percent.As for petroleum and gas, China’s per capita imported number is about 100kg every year, and America’s is about 21,000kg. In view of the global shortage of energy and resources, China can’t develop like America. Therefore, it must take different paths to its modernizations.

The last observation is about education in America.We visited the University of Nebraska in Kearney,City College of Santa Barbara, and also a primary (elementary) school in Kearney. I think one of the distinguishing features is people’s serious attitude toward their work. It seems that everyone enjoys his job so much and is very conscientious and efficient, whether he is in charge or an ordinary administrative worker. Another peculiar feature is their teaching method and style.With my hostess’ invitation, four of us joined a lesson in a Kearney primary (elementary) school, and we attended a professor’s class at City College of Santa Barbara.We found America’s teaching method more flexible and diversified than China’s. There is more dialogue and discussion among teachers and students, which obviously which can make the class easier, more joyful and more effective.

After this short visit, I felt and thought a lot.What I want to stress most is that both the American people and Chinese people are wise, kind and great. Each country’s people have their merits and demerits, as well as favorable and unfavorable circumstances. Since we are in one world,we should not only respect each other, but also be close friends forever, helping each other in our common happy life and toward a bright future.